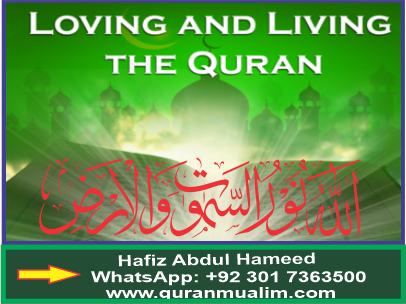 The sources of knowledge:

“Sources of knowledge” is a broad subject. Much can be written on it. We, however, confine ourselves to the dictates of first five verses of Surah Al-Alaq which is our subject here. Allah Almighty says:“Who taught knowledge by pen.” (Quran, 96:4.)

Allah has endowed man with five sources of knowledge for contact and communication with the surrounding environment and milieu. He learns through them about the physical world and its realities and develops his awareness about them. They are called five physical senses. They continue growing along with age. These are:

These senses provide the human mind with only raw sensory information. Each one of them works in its specific sphere. These senses cannot replace one another. If one of them malfunctions, the others cannot be depended upon for its peculiar function to perceive the reality of a thing. If any of the senses fails or breaks down, the rest of them cannot make up its deficiency even jointly. For example, a voice is sensed through ears, the colours through eyes, fragrance through nose, hot and cold through touch and bitter and sweet through tongue. On the contrary, an eye cannot hear, the skin cannot see, nor an ear can taste. All the five senses have their respective functions. Sense of taste cannot even temporarily work in the place of sense of smell, nor touch  can become its standby. None can step away from its fixed course to give a judgment in an area it is not meant for. So it is established that if a thing exists but the specific sense to perceive it does not exist, the thing cannot be sensed even by deploying all the other senses jointly. From these premises we infer the conclusion that we cannot claim nonexistence of a thing on the basis of ineffectiveness of the limited scope of our physical senses.

Inevitability of reason for five senses

Here is another limitation of the five senses. They furnish the desired data under supervision and guidance of intellect. Unless lead by human reason they cannot take man to any conclusion despite accurate and immaculate perception. The stimulation of sight, hearing, touch and taste spurs intellect.

These sensations cannot shape into knowledge or meaningful information unless they are processed and directed by intellect along a peculiar approach of man’s inquisition to draw inferences. The human body works like an automated machine. Brain in this machine is like an inbuilt computer. It controls operations of human apparatus. It coordinates the body under a system. In addition to that it generates in the senses a state of consciousness. Allah has made human brain a factory and senses function like its cogs. They produce raw material of information for the brain and do not have to know or understand the stimulations. Ears do not have to decide what the words that they hear mean. Nor have the eyes to judge the difference between red and green. Likewise other senses too are not involved in any data processing. It is reason or intellect that processes the received data; brain is its station.