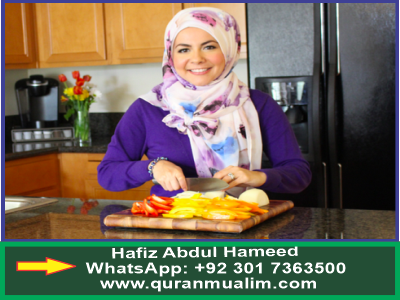 FOOD FOR THOUGHTS ABOUT HIJAB

The above discussion makes it abundantly clear how much care Allah u and His beloved Prophet s took to present the rulings of hijab and how much detail and clarification is provided for each aspect of hijab, and also the strong wording used to emphasise the importance of following these commandments.

As Muslims we should think! To what extent do we actually follow the Qur’an to which we profess our faith in, and how much concern do we sincerely have for its commandments? Could it be that on the Day of Judgment, as mentioned in the following aya, our Blessed Prophet s says to Allah u [about us]:

…O my Lord, my people had taken this Quran as deserted.

We believe in Allah u and we believe that we will face Him on the Day of Judgment and will be held accountable for each and every action. How then do we expect to meet Him? Will He not say to us, “I revealed to you all the injunctions of how to live your lives and made clear the difference between permissible and forbidden. How closely then did you follow My commands? How much did your character, thoughts, and actions reflect the fear of accountability before Me?”

On the Day of Judgment, we will face our beloved Prophet . With the sun reaching right over us, it will be a day of unimaginable misery, torment, and thirst. He will lead us all to the well of Kauthar to drink. But have we ever thought about how shall we face him? We, who have spent our whole lives ignoring his teachings and never taking any steps to implement them in our lives; how will we honestly expect him to quench our thirst with his own blessed hands? How can we expect him to intercede on our behalf when we will meet him crushed under the burden of our sins? Have we followed his teachings in our lifestyles, our appearances, our manners of dressing, or in anything else in our lives?

The commandments of hijab are of great importance, though it is true that they are in fact somewhat difficult to follow. But one thing is true beyond any doubt, and that is that whosoever succeeds in following these commandments will have less difficulty in obeying other commandments of Allah. This is one of the most bitter pills to swallow in terms of obedience, but it is most beneficial in that it makes  it quick and easy for a Muslim to be close to Allah .

Today, our standards of piety do not extend beyond reciting endless incantations and rosaries, praying extra üalót, reciting the books of du‘ós, fasting when possible, giving alms and charity, and obeying those commands which are convenient for us. But, we readily ignore and reject all the rules and prohibitions which interfere in any way with our lifestyle, our self, and our desires. We profess deep love for Allah but do not refrain from disobeying Him, even though it is obligatory on us to refrain from all that He has declared forbidden. The foundation of piety is built on seeking Allah’s  forgiveness for being disobedient and rebellious towards Him. The Blessed Prophet  said:

Refrain from sinning and you will become the most pious of worshippers. (Tirmidhī, al-ýihat wa al-Farógh) 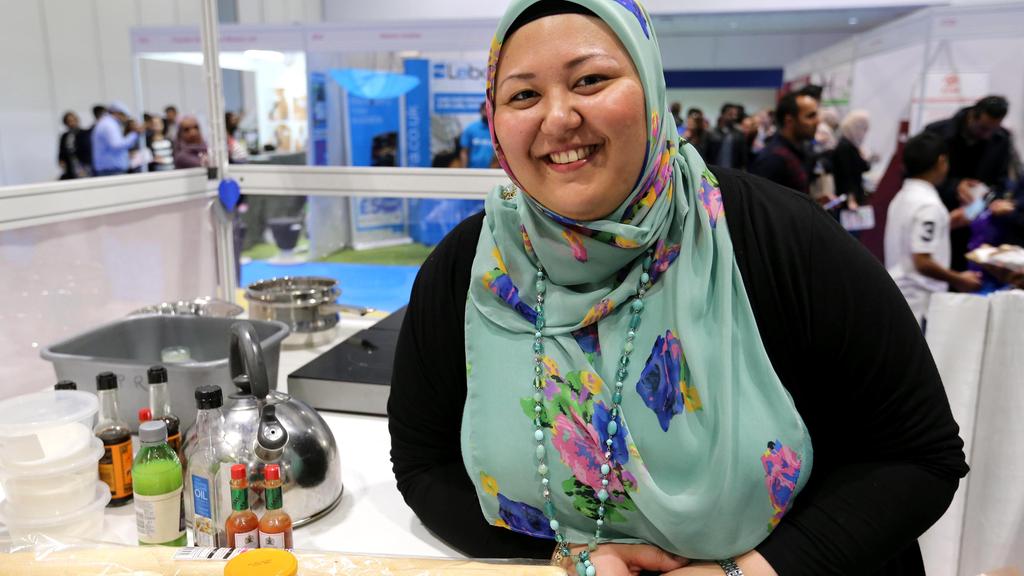 The sin of refusing to observe hijab is more severe than most other sins. For this reason, it is crucial to immediately abstain from this sin and sincerely resolve to observe the rules of hijab. The reasons for this are as follows:

All of my Umma is worthy of forgiveness, except for those who sin openly. ( Bukhórõ, Satr al-Muslim ‘aló Nafsihī)

This is not only true for religion, but even those who are disloyal to their governments in this world and commit treason are never forgiven. And what is the punishment for betrayal but death?

Those women who do not observe hijab should ask themselves why they are not doing so. Is it the temporary pleasures and fulfillment of desires which is keeping them from it? They should realize that life in this world is temporal while life in the Hereafter is eternal. They should also realize that by not observing hijab, they embitter their lives

in this world and condemn themselves to the Hellfire in the Hereafter. We are not able to bear, even for a second, a burning coal in the palm of our hand. And yet we never think, how will we be able to bear the severe torment of the Hellfire? If we worry that our father or husband or other relatives will disapprove and be upset with us [for observing hijab], then we should think about whether this will be an acceptable excuse before Allah on the Day of Judgment. Will He forgive us if we say that we did not follow His orders because we feared the displeasure of our family and friends? Even though it is Allah’s  absolute and unalterable law that: لا طاعة لمخلوق فى معصية الخالق

If someone asks us to disobey Allah u, we are forbidden to obey him. Such a demand must be rejected. We should consider whether this person, whom we are attempting to please by disobeying Allah, will be willing to receive and bear the punishment in our place on the Day of Judgment? Allah u clearly states in the Qur’an:

[Imagine the time] when those who were followed will disown their followers, and they [all] will see the punishment, and the bonds between them will be cut asunder, and those who followed will say, “We wish we had another [chance to] return [to the world], so that we may disown them as they had disowned us.” Thus Allah u will show them that their deeds were [nothing but] causes of remorse for them, and they are not to come out of the Fire.

Ponder on this aya until it becomes clear that on the Day of Judgment, those people who disregarded the commands of Allah u and disobeyed Him to follow and please others will have enmity toward each other and all relations between them will be severed. On that day, the young will blame their elders for not allowing them them to obey Allah u and observe hijab. On the other hand, the elders will say that they had no control over them and they only asked them to disobey but did not force them. Then, how frustrated and helpless will those who had disobeyed Allah u to please others then feel? How miserable will they feel when they realize that the people whom they tried to please and who are culpable for the punishment they must suffer will deny all wrongdoing and instead point their fingers at them and accuse them of wrongdoing? Even Satan, on the Day of Judgment, will say:

Satan will say when the matter will have been decided, “Allah promised you a truthful promise while I gave you a promise and did not fulfill it. I had no authority over you, except that I invited you and you accepted my call. So, do not blame me, but blame yourselves. Neither I can come to your help, nor can you come to my help. I disown your associating me with Allah u in the past. Surely, there is a painful punishment for the unjust.” (14:22)

So, we know that on this day no one will come to anyone else’s aid and every human being will be left alone to answer for his or her own deeds. Even Satan will say to those who followed him, “I had no real power over you, all I could do was to tempt and preach you; you chose to follow me and committed sins of your own free will. I am disgusted with you for associating me with Allah and obeying me instead. You were with me in life and you will be with me now. We will go to hell and abide there together.”

For the sake of Allah u, think! Is the goal in life to gain Allah’s u pleasure or the pleasure of a few relatives? By Allah, those who sever their worldly relations in this life for the sake of Allah will attain heaven here on earth. He, who turned away from people and cut his relations with them solely to gain Allah’s pleasure and to avoid punishment in his final and everlasting abode in the Hereafter, has attained true success. He will be rewarded with such joy and pleasure that all the joys of this world will seem insignificant and worthless by comparison. As a poet said:

You shouldn’t care if the entire world is angry at you;  So long as your beloved is pleased;  Keep this in mind as you decide;  What should you do and what you shouldn’t.

Let us pray to Allah to grant us the courage and fortitude, to bless us with complete õmón, unwavering trust and belief in the Qur’an and the ability to obey His commandments as is His right. May Allah shower üalót and salam in great abundance on our beloved Prophet , the best of creation and upon his family and his ýaúóba . 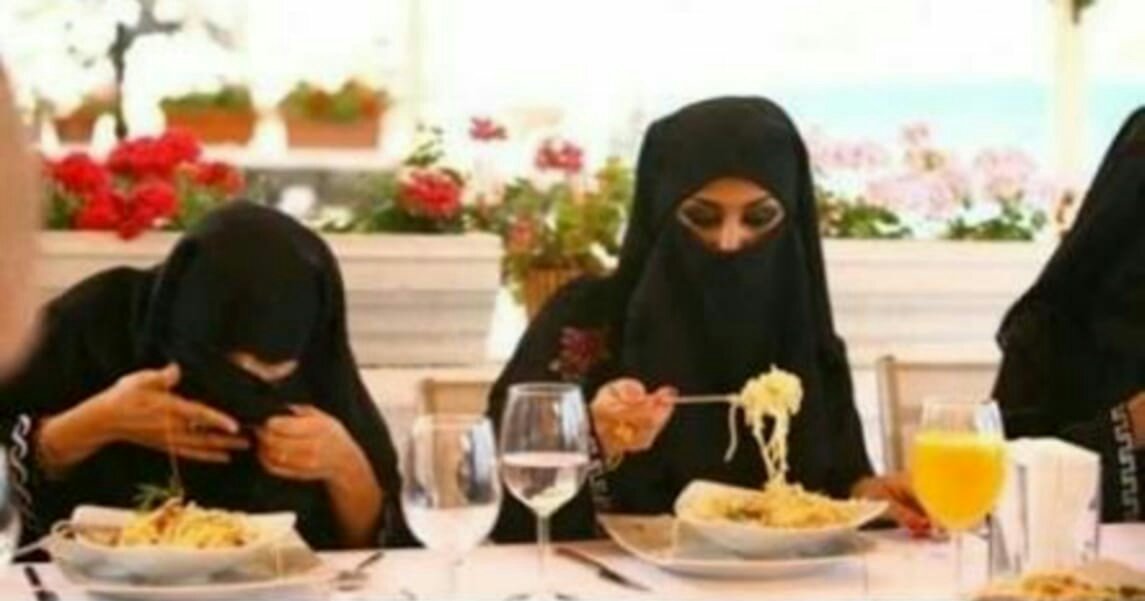