Now the Prophet (PBUH) started visiting different tribes by going to their areas. He also went outside Makkah and waited for a traveler whom he could invite to Islam and to the virtue of fearing Allah. (Amta’ul Asma’ lil Muqrizi, 1: 30.)

Those days he went to the Banu Kinda tribe whose chief was Maleeh. He also visited the Banu ‘Abdullah tribe. He told them that as the name of their father was ‘Abdullah, which meant “a slave of Allah,” they should also become the true slaves of Allah. He also visited Banu Haneefa tribe at the place of their residence, but they rejected his message in the worst way possible, against the tradition of the Arabs. He also went to the people of Banu ‘Aamir Sa’sa’ a whose chief was Buhayra bin Firas. Buhayra asked the Prophet (PBUH) that if he accepted his message and helped him overcome his opponents, would the Prophet (PBUH) promise that the religious leadership would be transferred to him after the Prophet’s demise. The Prophet (PBUH) replied that it was in Allah’s control and He would appoint whomsoever He liked to succeed him. Buhayra retorted, “Very good! At this time we face the Arab’s opposition against you. But when you succeed, others enjoy the benefit. Go away, we don’t have anything to do with you.” Hazrat Abu Bakr was the Prophet’s companion and guide in this journey. (Seerat Ibn Hisham, 1: 426-27.) 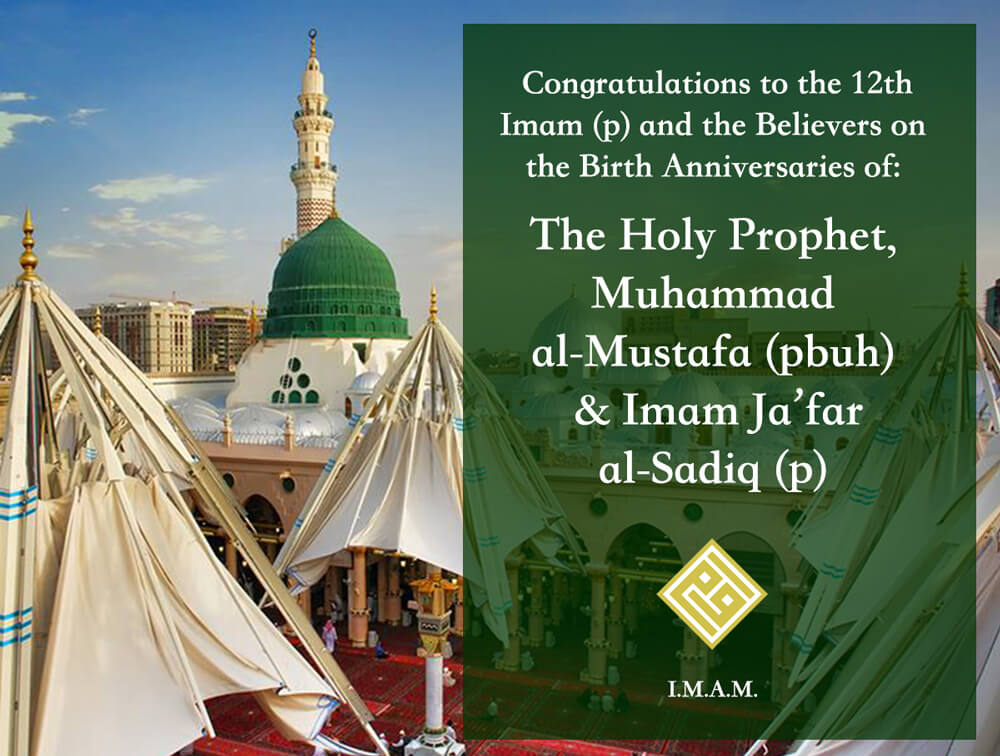 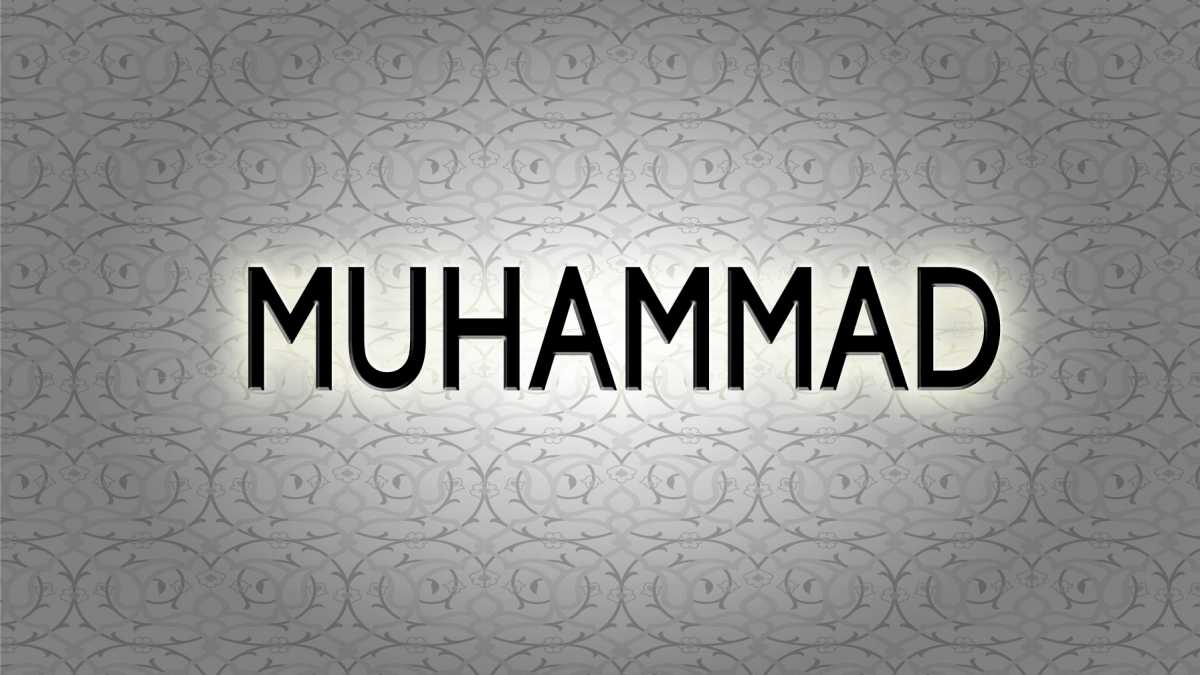 In those days Abul Hasaysar Anas bin Rafey came to Makkah with some youths of the ‘Abdul Ash-hal tribe, including Ayaas bin Mu’az. These persons had come to make a deal with the Quraysh on behalf of their tribe Khazraj. The Prophet (PBUH) went to them and asked, “I have a thing which guarantees the well-being of you all. Do you have a desire to know about it?”  They inquired as to what it was. The Prophet (PBUH) told them: “I am a Messenger of Allah and have been sent to His creatures. I call people to worship Allah alone and not ascribe any partner to Him. My God has also revealed the Book (the Qur`an) to me.” Then he explained the tenets of Islam to them. Ayaas bin Mu’az was still young and spoke up immediately, “O my people! By God, this is better than what you have come here for.” Anas bin Rafey threw a handful of pebbles at his face and said, “Keep quiet. We have not come here for this purpose.” Thereupon the Prophet (PBUH) left the place. This incident occurred before the Battle of Bo’aath, which was fought between the Aws and Khazraj tribes. Ayaas died a few days after returning, but in his last hour he was uttering Tasbeeh (SubhanAllah), Tahmeed (Alhamdulillah), Tahleel (La ilaha illAllah), and Takbeer (Allahu Akbar). The seeds of Islam implanted in his heart by the words of the Prophet (PBUH) had ultimately blossomed at the time of his death. (Seerat Ibn Hisham, 1: 427-28, Musnad Ahmad, 5: 427. Ibn Hajar testifies to the sanad of this narration. ) During this period Zemad Azdi came to Makkah. He was from Yemen and was a famous magician (Saahir) of Arabia. Hearing that the Prophet (PBUH) was under the spell of the spirits, he offered to treat him by his magical charms. He came to the Prophet (PBUH) and said, “Come Muhammad and let me recite charms to you.” The Prophet (PBUH) told him to listen to his recitation first and then recited the following words: 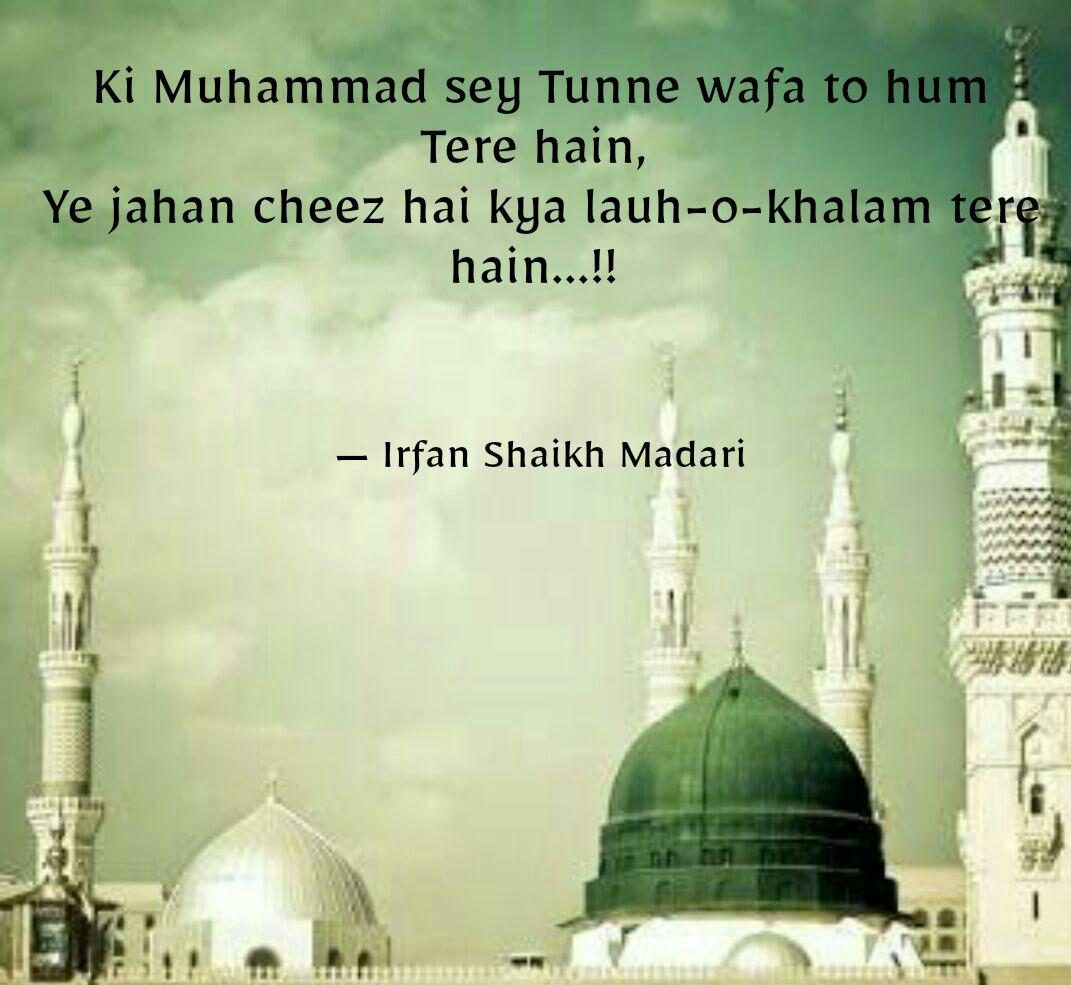 The Prophet (pbuh) had said this much when Zemad restlessly spoke out, “Repeat these words again.” He listened to the above words two or three times and said, “I have met many soothsayers (Kaahin) and magicians (Saahir) and listened to many poets, but I have never heard such words before. These words are a fathomless ocean. Muhammad (PBUH) Give me your hand please so that I accept Islam.” (Sahih Muslim.)

During this period Tufayl bin ‘Amr came to Makkah. He was a chief of the Daws tribe, which ruled in the neighboring Yemen. He was a poet and wise person. The people of Makkah went out of the city to accord a welcome to him and treated him as a dignitary. Tufayl himself narrates his story in these words:

“The people of Makkah told me that there was a person (the Prophet) among them whom I should avoid. They said: ‘He knows magic (Sehr) and causes separation between father and son, wife and husband, brother and brother. He has disturbed our unity and disturbed our affairs. We do not want your community to fall into the same afflictions. We, therefore urge you not to go to him, or listen to him, or talk to him.’ 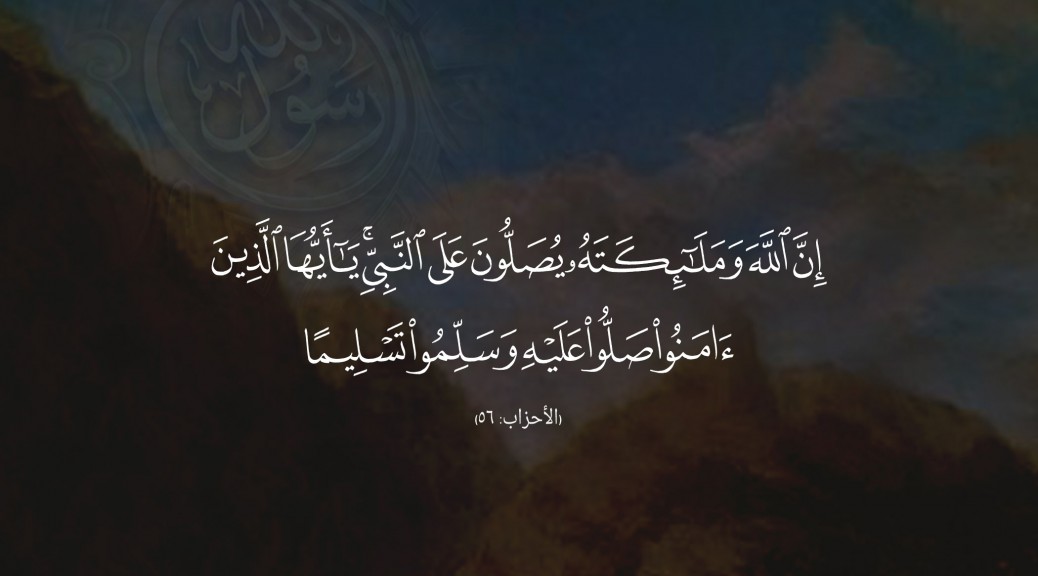 “They convinced me so effectively that whenever I wanted to go to the K’aba, I put cotton plugs in my ears so that no words of Muhammad (PBUH) might enter them. One day when I went to the K’aba early in the morning, the Prophet (PBUH)) was offering Salah there. Because Allah willed it so, I happened to hear him reciting strange words in it. At that time I started scolding myself why I shouldn’t hear what he said when I was myself a poet and educated person, and was able to judge between good and bad. If what he said was good, I would accept; otherwise I would reject. Deciding so, I waited and followed him when he left for home. I met him at his house and narrated the whole story of my coming to Makkah, people misguiding me, my blocking my ears with cotton plugs, and accidentally hearing his recitation that day. I then requested him to tell me what his message was. The Prophet (PBUH) recited the Qur`an to me. By God, I had never heard such pure and refined words urging people to do good and observe justice.”

Tufayl accepted Islam on the spot. When the Quraysh heard that the person whom they considered their hero and master had chosen to be a humble follower of Muhammad (pbuh), they felt greatly displeased and disappointed. (Sahih Al-Bukhari. Also see Tafseer Ibn S’ad, 1: 353 and Sharhul Mawahib, 4: 37.)

Abu Zarr was in his hometown Madinah (also known as Yathrib) when he heard about the Prophet (pbuh). He sent his brother to Makkah to find out more about him. Unays, his brother who was a famous poet and had a good command of language, visited Makkah for this purpose and reported back to him that Muhammad (PBUH) invited people to perform virtues and to stay away from evils. As Abu Zarr was not satisfied with this incomplete information, he himself traveled to Makkah on foot. As he had no acquaintance in Makkah and did not think it safe to talk about his mission to a stranger, he helped himself with the Zamzam water and decided to pass the night in Al-Haram. Considering him a traveler, Hazrat ‘Ali took him to his house. He spent the night there. Neither ‘Ali asked him anything, nor Abu Zarr told him anything on his own. Abu Zarr went to Al-Haram in the morning. He wanted to meet the Prophet (PBUH) but thought it unsafe to ask anybody about him. Thinking that he could not find his place, Hazrat ‘Ali took him home the second day also and asked him who he was and what he was there for. On Hazrat Ali’s promise to keep secrecy, Abu Zarr told him that he had come to meet the person who had claimed to be a messenger of Allah. He also told him about having sent his brother first for that purpose and about his inability to gather satisfactory information about him. 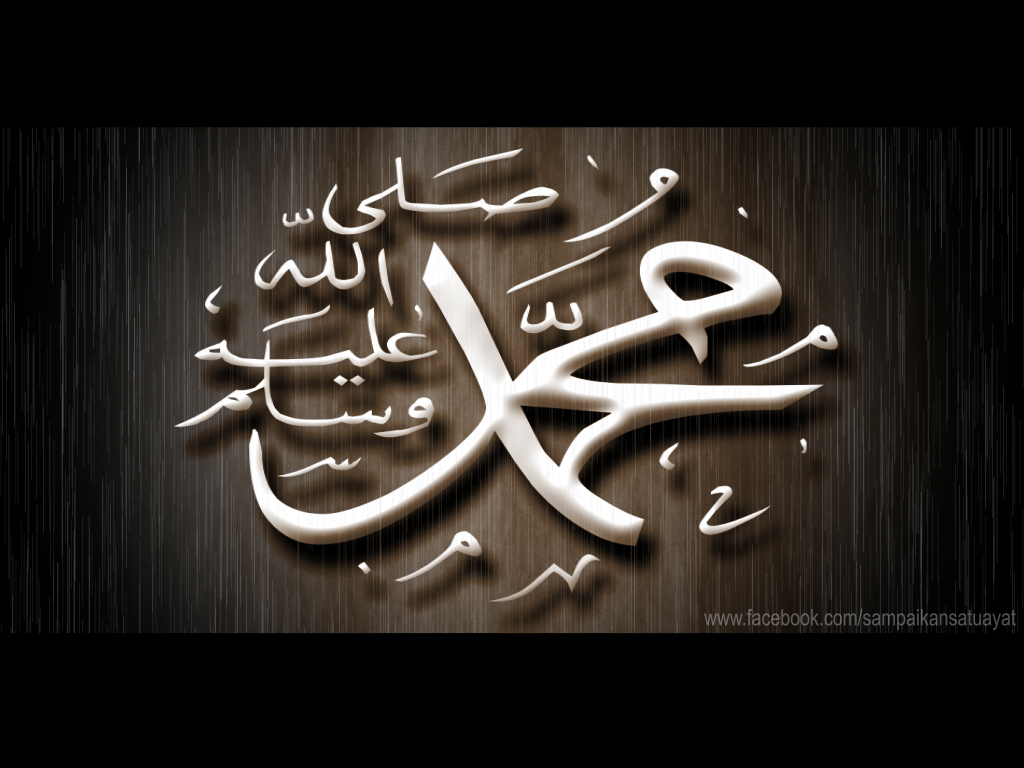 The Prophet (PBUH) instructed him to keep his acceptance of Islam a secret for the time-being, return home and come back to him when the situation changed in favor of Islam. But Hazrat Abu Zarr said enthusiastically, “By God, I will proclaim my faith in front of the disbelievers before I leave.” He then went to Al-Haram where the Quraysh were sitting at a place. In front of them all, he recited aloud Kalimah Shahadat (“There is none worthy of worship except Allah and Muhammad (PBUH) is His Prophet”). In fury, the Quraysh rushed to him shouting, “Beat up this renegade,” and assaulted him with an intention to kill him. ‘Abbas reached there and scolded the assailants, “You reckless fellows! He belongs to the Ghefar tribe where you go for trade and buy dates for yourselves.” Thereupon, the people spared him. The second day Abu Zarr again proclaimed his faith in Islam openly in front of all disbelievers present in Al-Haram. He was hit again. ‘Abbas rescued him that day too. Then he returned home. (Sahih Al-Bukhari.)

1 thought on “When did Hazrat Muhammad send invitation to Arab Tribes?”