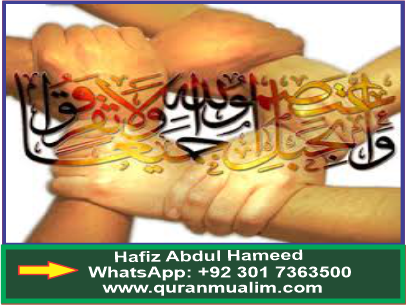 Brotherhood between Muhajireen and Ansar

The Muhajireen (the Immigrant Muslims from Makkah) had come to Madinah without any preparation. There were some rich persons also among them, but they had immigrated in unfavorable circumstances and had not been able to bring anything with them. Although the Ansar (the Muslims in Madinah) eagerly extended all help to them, there was the need of a permanent arrangement for them. The Muhajireen did not like to live on charity; they were used to earn their livelihood themselves. But because they were badly short of means, the Prophet (PBUH) decided to establish the bond of brotherhood among them (on the basis of Islam). When the construction of the Masjid was complete, he (PBUH) called the Ansar. They gathered at the house of Hazrat Anas bin Maalik, who was ten years of age at that time. The Muhajireen were forty-five in number. Pointing to the Muhajireen, the Prophet (PBUH) told the Ansar, “These are your brothers.” Then he called one from the Muhajireen and one from the Ansar and said, “You two are brothers.” And thus all the Muhajireen and the same number of Ansar were tied into a new bond of brotherhood. The Ansar fulfilled the obligation of this relationship in the best way possible. Each Ansari took his Muhajir brother home, showed him his property, and gave him half of it. S’ad bin Al-Rabi’ had two wives. Wishing to help his Muhajir brother ‘Abdur Rahman bin ‘Awf settle in life, he offered to divorce one of them for ‘Abdur Rahman ® to marry her. But ‘Abdur Rahman refused the proposal with gratitude. (Sahih Al-Bukhari, Kitabul Manaqib, Bab Akha`un Nabi(PBUH) 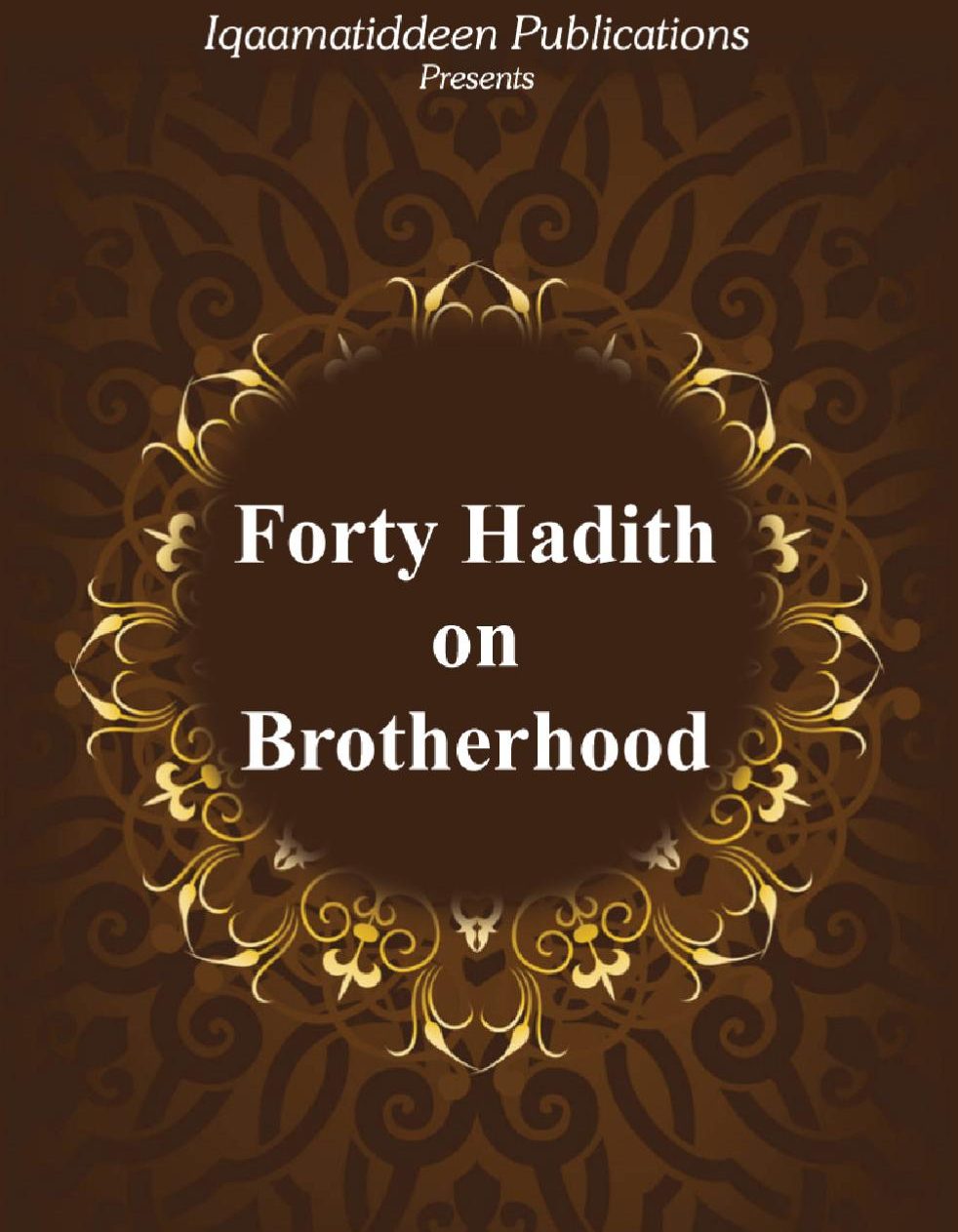 The Ansar were mainly the owners of date gardens. They requested the Prophet (pbuh) to distribute those gardens equally between them and their Muhajir brothers. As the Muhajireen were traders by profession and did not know cultivation, the Prophet (pbuh) turned down this proposal on their behalf. Then the Ansar offered to take full responsibility of looking after the cultivation work and offered to give half of the produce to their Muhajir brothers. The Muhajireen accepted it. (ibid) This relationship was observed so sincerely that if an Ansari died, his Muhajir brother used to inherit his property; whereas his relatives did not receive any share in it. This practice was in accordance with the command of Allah in the Qur`an:

“Verily, those who believed, and emigrated and strove hard and fought with their property and lives in the Cause of Allah as well as those who gave (them) asylum and help, – these are (all) allies to one another” [Al-Anfal: 72]. (Sahih Al-Bukhari, Kitabul Tafseer.)

When the Muhajireen did not need financial support after the Battle of Badr, Allah revealed the new command in the following verse:

“But kindred by blood are nearer to one another (regarding inheritance) in the decree ordained by God” [Al-Anfal: 75]

The world will surely admire the spirit of sacrifice exhibited by the Ansar, but look, how gracefully the Muhajireen responded to the situation! When S’ad bin AlRabi’ presented half of the share in his property to ‘Abdur Rahman, he told S’ad: “May Allah make all this a source of felicity for you! I request you to show me the way to the market.” S’ad took him to the Qaynaqa’ market. ‘Abdur Rahman purchased some ghee (refined butter oil) and cheese and then sold it in the market until the evening. In a few days only he saved so much money that he was able to take a lady into marriage. ( Sahih Al-Bukhari, Kitabul Manaqib, Bab Akha`un Nabi.) His business gradually picked up so well that, according to him, if he put his hand on the clay, it, symbolically speaking, turned into gold. His merchandise came on as many as seven hundred camels; when it arrived Madinah, it caused quite a stir. ( Asadulghaba, 3: 314-15. ) Some Companions opened their shops. Hazrat Abu Bakr had a factory at a place called Sukh where he traded in clothes. Hazrat ‘Uthman® used to buy and sell dates in the market of Qaynaqa’. Hazrat ‘Umar® also ran a business which, perhaps, extended up to Iran. ( Musnad Ahmad. ) Other Companions also established their business, small and large. It is narrated in Saheeh AlBukhari that when some persons questioned the authenticity of Hazrat Abu Hurayra’s narrations due to their being in a large number (as other Comapanions did not narrate so many Ahadeeth), he told them, “What is my fault in it? When they [the Companions] remained engaged in trading in the market, I stayed in the Prophet’s company day and night.” (Sahih Al-Bukhari, Kitabul ‘Ilm.) 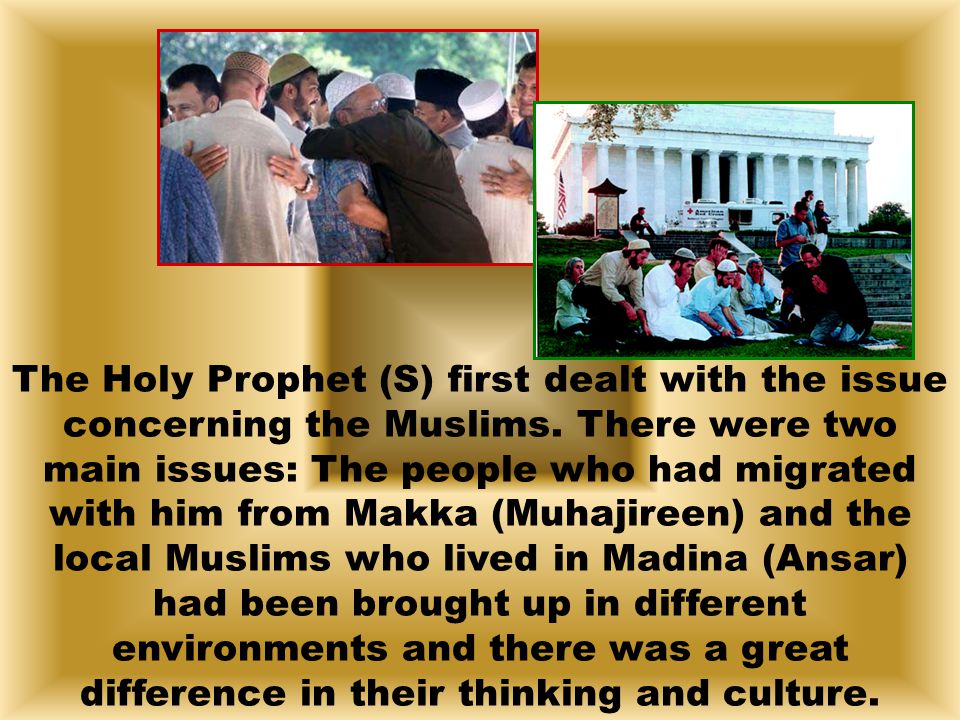 When Khaybar was conquered, the Mahajireen returned the date gardens to the Ansar. As mentioned in Saheeh Muslim in “Bab Al-Jihad,” when the Prophet (PBUH) returned from the Battle of Khaybar to Madinah, the Muhajireen returned the date gardens to the Ansar that the Ansar had earlier given them as gift. For residential purposes the Ansar gave the Muhajireen open pieces of land lying around their houses; some gave out their houses to them. (Sahih Muslim, Kitabul Jihad was Siyar. Sahih Bukhari, Kitab Manaqibul Ansar. )The hospitality and kindness that the Ansar showed to the Mahajireen stands unparalleled in the world history. When Bahrain fell to the Muslims, the Prophet (PBUH) wanted to distribute the land thereof among the Ansar. But they submitted to the Prophet(PBUH) “First give the same portion of land to our Muhajir brothers. Only then we will accept the land in Bahrain. 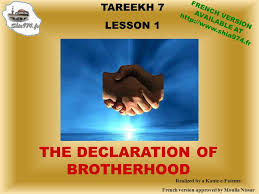 Once a person, who had been starving, came to the Prophet (PBUH) and complained of hunger. The Prophet (PBUH) first inquired at his house if there was anything there to eat. The answer was, “nothing but water.” He (PBUH) then asked the Companions present on the scene if anyone of them was willing to host that person that day. Abu Talha offered to host him. He took him home, but there also was shortage of food there. His wife informed him that there was food just enough for the children. Abu Talha instructed his wife to somehow put off the light and put the food of the children in front of the guest. All the three sat together, but the wife and the husband just pretended in the dark that they were also eating, whereas they actually did not touch the food, thus leaving all that they had for the guest to eat. The following verse revealed in the Qur`an refers to the same incident:

“And give them (emigrants) preference over themselves even though they were in need of that” [Al-Hashr, 59: 9].