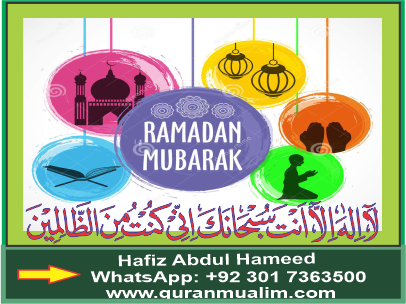 That Which Invalidates the Fast:

The fast is invalidated by any one of the following:

Sexual intercourse during the day hours of Ramadhān – the expiation for this serious violation is not only to fast the day over, but also a heavy penalty: freeing a slave or, when unavailable, fasting sixty consecutive days or, if unable to do so, feeding sixty poor persons or one poor person for sixty days. This is based upon the following hadith:

Abu Hurayrah reported that a man came to the Messenger of Allah and said, “I am destroyed, O Messenger of Allah!” The Prophet asked, “What destroyed you?” He said, “I had intercourse with my wife during a day of Ramadhān.” The Prophet asked, “Can you free a slave?” He said, “No”. He asked, “Can you to fast for two months consecutively?” He said, “No.” He asked, “Can for you feed sixty poor people?”  He said, “No,” and sat down. So the Prophet brought a measure of dates and said, “Give this in charity.”  The man said, “To someone poorer than us? There is no one in this city who is poorer than we are!” The Prophet smiled and said: “Go and feed it to your family.”  (Al-Bukhāri and Muslim) (The abovementioned order must be followed. Thus, one may only feed the poor when unable to fast for a lawful reason. )

Many scholars are of the opinion that both the man and woman must offer the expiation if they intentionally have intercourse during a day in Ramadhān on which they had intended to fast. But if the woman is compelled by the man, it will be obligatory only on the man. However, the sounder view is that the expiation is obligatory only on the man in either case, and that there is nothing due from the woman. This is because in the aforementioned hadith the Prophet told the man to offer expiation and not the woman, although he obviously knew she was involved.

All other invalidations require fasting one day in compensation for each day the fast was not completed, or if one is unable to do so, feeding a poor person for each day.  These include:

… Eating, drinking or smoking deliberately, either with or without a valid reason, or ingesting anything through the mouth or nose – But if one should eat or drink forgetting that he is fasting it is excused. (The Prophet ( ) said, “Whoever forgets while he is fasting and eats or drinks should complete his fast, for Allah has fed him and given him drink.”  (Al-Bukhāri and Muslim)

The Prophet’s wife, ʽĀ’ishah reported: “We used to menstruate during the time of Allah’s Messenger and he would order us to make up the fast but not the prayer.” (Al-Bukhāri and Muslim)  The woman whose fast is broken near the end of the day does not lose the reward of the time she fasted. She must make up the day only because it was incomplete. Due either to sexual impurity or the cessation of menstruation or post-partum bleeding during the night. If the woman’s bleeding continues after fajr the day is not complete for her and will have to be made up.)

1-Injections taken for nourishment in place of food or drink. Other types of injection having no food value do not break the fast.

2-Bleeding of menses or childbirth at any time of the day, even a moment before sunset

4-Vomiting intentionally – Vomiting involuntarily does not break the fast.

5- Drawing out blood from the body deliberately through cupping or similar means according to one scholarly view – Small amounts, such as what is drawn from the finger are excused. However, there is another opinion stating that drawing any amount of blood from the body does not invalidate the fast.

That Which Does Not Invalidate the Fast:

Generally, it may be said that except for the aforementioned acts, nothing else breaks or invalidates one’s fast. Thus, all of the following are regarded as being permissible during fasting:

Submerging oneself in water or bathing – the Prophet was seen by some of his companions pouring water on his head while fasting to relieve thirst or heat. (Aḥmad and Abu Dāwūd – ṣaḥeeḥ)  It is permissible for one who requires ghusl and could not perform it before fajr to do so after the adhān as long as he/she does not miss the fajr prayer. Using kohl, eye drops or ointments, even if the taste is found in the throat

The eye is not normally considered to be a passageway to the stomach.) – Some of the companions used kohl while fasting.(1)Using and smelling perfume(2)Smelling and tasting food as long as none is swallowed(3)Kissing or hugging the spouse as long as it does not lead to ejaculation, in which case it is considered a deliberate act, invalidating the day’s fast for the husband – The Prophet (used to kiss his wives while fasting.  (Aḥmad, al-Bukhāri and Muslim)Vomiting without inducement Unintentional discharge of semen(However, ghusl (a complete bath) is required)

Bleeding from the nose, from a wound or during extraction of a toothCleaning the teeth The Prophet used to use the tooth stick (siwāk) at any time of day while fasting, and said, “The siwāk purifies the mouth and is pleasing to the Lord.”  (An-Nasā’i – ṣaḥeeḥ)

(Some people assume that brushing the teeth while fasting is discouraged on the basis of the hadith in which the Prophet said: “I swear by Him in whose hand is my soul, the khalúf of a fasting person is more pleasant to Allah than the scent of musk.” (Al-Bukhāri and Muslim) The assumption is incorrect because khalúf  refers to the smell emanating from the stomach when it is empty and not from the mouth. In addition, the narration in @a<ee< Muslim includes the words: “on the Day of Judgment” so brushing the teeth has no effect on that. In fact, it is in itself a deed pleasing to Allah. )

Whatever enters the body through the skin in the form of oil, cream or ointment (2)Medication applied externally to wounds, even those inside the head or stomach(3)Enema, the purpose of which is to remove impurities from the body and not to nourish it.That which cannot be avoided, such as swallowing saliva and inhaling dust or smoke that is present in the air

All of these were known at the time of the Prophet, and the fact that he did not mention any of them is proof that they are permitted during fasting. Ibn Taymiyyah explained: “Fasting is part of the religion of Islam.  Both the layman and the specialist require knowledge about it. If such things were forbidden by Allah and His Messenger during the fast and invalidated it, the Messenger would have had to clarify it. And if he had mentioned any of them his companions would have known that and would have conveyed it to the Muslim ummah as they did for all other religious matters. So when nothing has been reported from the Prophet through an authentic or even a weak ḥadith, it is understood that he did not disapprove of any of these things.”