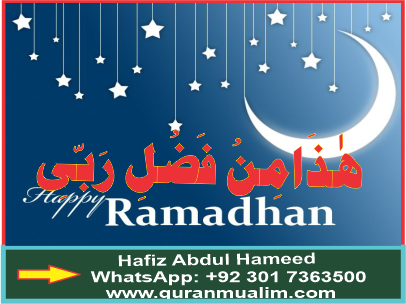 The fast of Ramadhān is a religious obligation (fardh) by authority of the Qur’ān, the Sunnah and a consensus of Muslim scholars.  The Qur’ān conveys the commands of Allah, the Almighty:O you who have believed, decreed upon you is fasting as it was decreed upon those before you.

The month of Ramadhān [is that] in which was revealed the Qur’ān, a guidance for the people and clear proofs of guidance and criterion. So whoever is present [at his place of residence] during the month,  (Sūrah al-Baqarah, 2:185. These words may also mean:”So whoever has witnessed[the crescent of] the month, let him fast it)let him fastit.

The Sunnah confirms it with the following ḥadith:

Islam is built upon five [pillars]: testimony that there is no [true] deity but Allah and that Muḥammad is the messenger of Allah, the establishment of prayer, giving zakāh, pilgrimage (ḥajj) to the House and the fast of Ramadhān.  (Al-Bukhāri and Muslim)

And all Muslim scholars are in agreement that fasting Ramadhān is one of the pillars of Islam and that denial of this obligation removes one from the religion.  It became obligatory on Monday, the 2nd of Sha‘bān in the second year after the Hijrah.

One might wonder why Allah has made fasting a month out of every year obligatory or why has He required from us certain acts of worship in view of the fact that He is self-sufficient and not in need of anything from His servants.

The answer is that every obligation imposed by Allah has wisdom and benefit behind it. We may or may not comprehend it; or we may perceive part of it while much more is concealed from us. The merciful Creator certainly did not ordain fasting to make people suffer, as He stated in the Qur’ān:

Actually, the purpose of fasting has been stated along with the command; it is to promote taqwā and refine the soul. The fasting person is training himself to constantly remember Allah and remember that He is aware of his every action, word, thought and feeling.  Fasting reminds one of his subservience to Allah and demonstrates submission to Him. Although one has the ability to indulge his physical desires, he refrains out of willing obedience, which helps him to develop an attitude of indifference toward the present world and a preference for the Hereafter. Fasting strengthens the will and conditions a person to cope with difficulties in all aspects of his life.  And it helps to develop the qualities that successful people possess: willpower, strength and capability.

Abū Umāmah reported that he said to the Messenger of Allah, “Order me to do a deed which will allow me to enter Paradise.”  He replied, “Fast, for there is no equivalent to it.”   (Aḥmad and an-Nasā’i)

Allah, the Most Merciful, is especially attentive to one who is fasting. The Prophet  affirmed, “There are three whose supplication is not rejected – that of a fasting person until he breaks his fast, that of a just leader and that of someone oppressed.”  (At-Tirmidhi, Aḥmad and Ibn Majah – ṣaḥeeḥ) 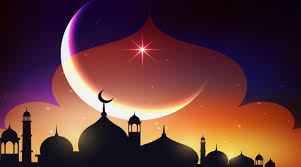 And besides being the month of fasting and good deeds, Ramadhān is the month of Qur’ān. The Book of Allah was sent down therein from the eternal register containing Allah’s decrees[1] to the lowest heaven.  From there it was then revealed in portions during the 23 years of Muḥammad’s prophethood through the angel, Jibreel.  Each year during Ramadhān, the Prophet  reviewed all that had been revealed to him to date with Jibreel, and in the year before his death he did so twice. Muslims are encouraged to practice the sunnah of additional recitation and study of the Qur’ān during Ramadhān, as well as increased worship of all kinds.

Fasting is a test imposed upon the believer by his Lord, and Ramadhān is similar to a training course for believers, who share an experience therein which brings them closer together.  During this month, they put aside most of their worldly concerns and fill their time with deeds of righteousness.  For them it is not a retreat from life but a supplement to it, offering a program not only of fasting and patience, but of self-discipline, good manners and worship through additional prayer and supplication, through reading and studying the Qur’ān, and through righteous deeds of all kinds, especially the charities that assist others. Believers prove their capability of overcoming physical desires when necessary, so they feel a sense of satisfaction and accomplishment at the end of the month and wish that the atmosphere of Ramadhān would continue throughout the year.

The Messenger of Allah mentioned additional benefits of Ramadhān:

A blessed month has come. Allah has required you to fast it. During it the doors of Paradise are opened, the doors of Hell are closed and devils are chained. (Aḥmad and an-Nasā’i.  If it is asked why sins are still committed in Ramadhān, the answer is that some of the devils are chained (the rebellious ones among the jinn) but not all of them. Moreover, there are other causes for sin, such as evil souls, bad habits and the influence of devils among mankind. Another interpretation is that evil is reduced by those who observe the conditions and etiquette of fasting, which frustrates the devils and restricts their activity.) Therein is a night better than a thousand months. (i.e., Laylutal-Qadr. )Whoever misses its benefit has surely been deprived.  (Aḥmad and  an-Nasā’i)

Whoever fasts Ramadhān with faith and seeking [Allah’s] reward will have whatever preceded of his sin forgiven.  (Aḥmad) The five prayers, Friday [prayer] to Friday and Ramadhān to Ramadhān are expiation for what is between them when the major sins are avoided.  (Muslim) An ‘umrah during Ramadhān is equal [in reward] to a ḥajj. (However, it does not substitute for the obligatory Ḥajj.) (Aḥmad and al-Bukhāri) 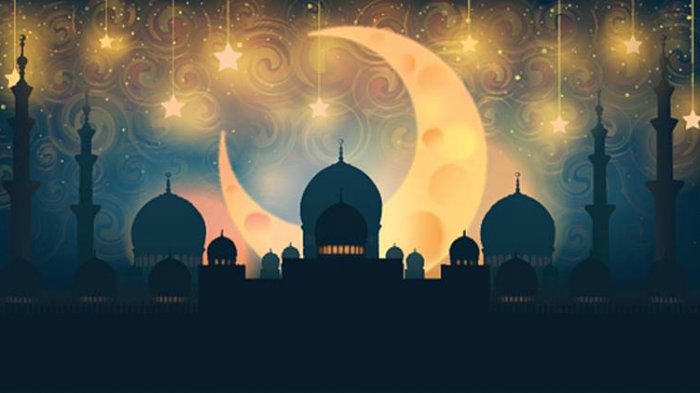