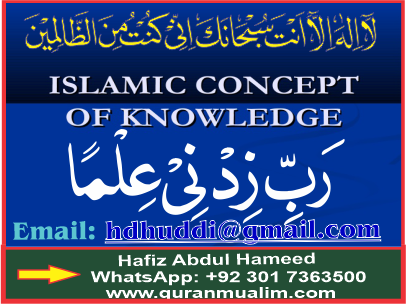 This paper reflects on his wider and broader vision on the concept of knowledge. It elaborates in the light of the Qur’anic Surah al-Alaq what is knowledge, its elements and its six aspects that are contained in the first five verses of the Surah. The paper also differentiates knowledge from ignorance and provides us with a new vision to see and scrutinize the issue. Ignorance does not merely imply lack of knowledge. A knowledgeable person may also be ignorant because ignorance in fact refers to failure in recognizing the Divine Truth and perceiving the power and might of the Creator of universe manifest through His creation. And it is the creation that forms the canvas of human studies. The subject of human learning is, in this way, all-inclusive ranging from physical and social sciences to studies of spiritual and transcendental pursuits. Islam does not put any limits anywhere on seeking knowledge and considers the entire universe as the syllabi of human learning. What is conditional to knowledge is the Divine Gnosis and Nearness to Allah which emanates and must emanate from all learning.  But that is not the only condition Islam stresses upon.

The process of gaining knowledge involves a phenomenology which by design influences the learner or a disciple in two ways. Firstly, he persistently develops a sense of not knowing anything along with the gradual increase in learning; the exposure to vastness of knowledge shrinks his self-consciousness as learner. So he starts feeling humble and at the same time grateful to Allah for his infinite blessings showered on man. Secondly, he may prove to be a blockhead and fails to recognize his own existence as a tiny and worthless spot on the expanse of universe. He starts feeling magnified and also falls prey to megalomania. This phenomenon gives birth to Pharaohs and tyrants. This is Satanic and anti-human. All radicalism, extremism and terrorism generates from it. This is ignorance and cannot be called knowledge because as its outcome, knowledge humbles man and turns him into a moderate, peaceful and loving person. Feeling humble and lowly, therefore, is one of the essentials of learning process.

Knowledge is either acquired or gifted by Allah . The latter refers to the knowledge bestowed upon the Messengers of Allah. The Final Prophet of Allah is the fountainhead of all knowledge in the universe. The knowledge man has acquired so far has been declared by Allah as little. But the Holy Prophet  is the city of knowledge. Yet he is humble and his life history leaves for us a striking lesson of humility and modesty. We, therefore, can acquire maximum learning from the Prophetic source of knowledge which is his life conduct, the Seerah and the Divine Revelation, the Qur’an.

The various sources of knowledge:

This leads us to understand the various sources of knowledge. Man is extroceptive by design and make, and learns through sensory experience. But he is introspective at the same time and learns also through the faculties of intellect and ecstasy. But revelation is the supreme source which is beyond human perception and intelligibility. We can benefit from this source, therefore, only through a strong link with the chain of learning connecting us to the Holy Prophet . So, the mission of acquiring knowledge cannot be accomplished without seeking guidance from the Holy Prophet may the humanity put all its energies to push the way through.

As for the scope of knowledge, it is infinite. There is no end to knowledge as there is no end to Allah’s Lordship and Godship and the Holy Prophet’s Messengership. Knowledge has enveloped the entire creation. One strives according to one’s potential and when he strikes the climax he gets amazed and this feeling can be expressed only through observing silence.

Morphologically the Arabic word ilm (علم) has been derived from ain (ع), lam (ل) and mim (م) that means to know:

So, knowledge is that theorem or proposition which consists in knowing an objective reality existent in externity. The word knowledge is applicable to that proposition which comprises subject and predicate with an objectively existent reality parallel to the one contained in the proposition. The subject and the predicate are the two terms of a proposition synthesized by means of copula, which is always some part of the verb “to be”. Moreover, a proposition is either true or false and the question of its truth or falsity is raised only when assertions are made about the objects. We can, therefore, say that every proposition cannot be called knowledge; only that proposition will be called knowledge which is wholesome and assertive and has sound validation with reference to reality on ground, external to proposition. 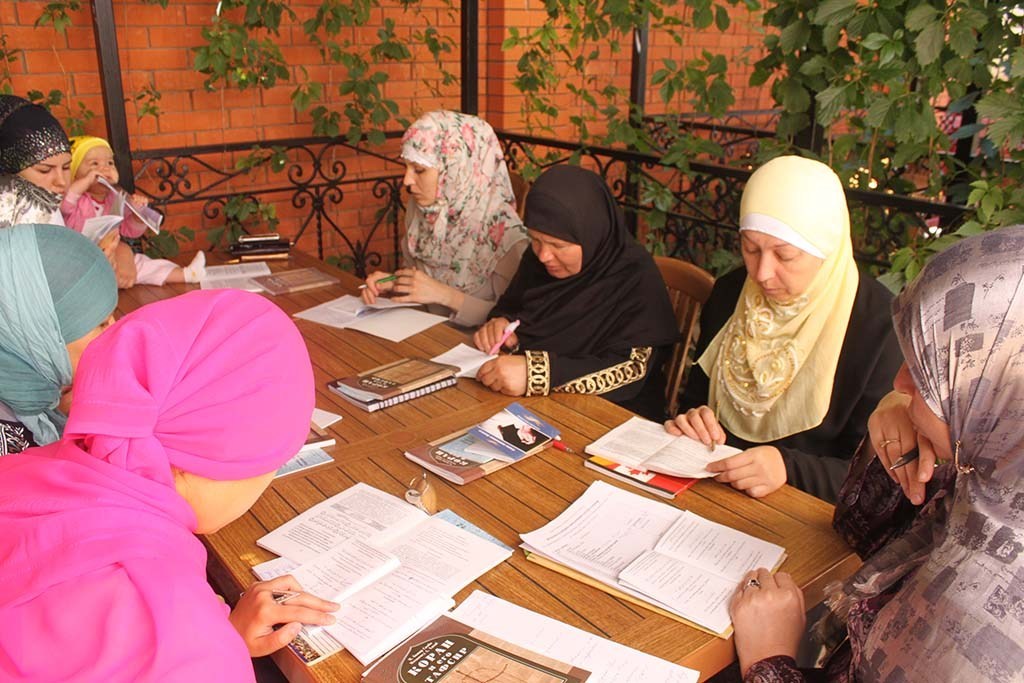