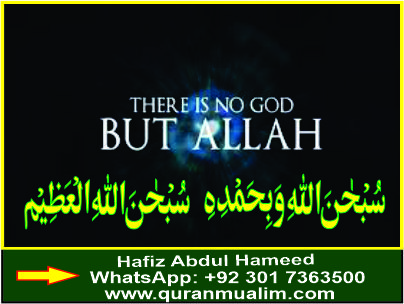 Figurative relation between belief and disbelief

To hold the holy Prophet and the saint s and pious people of Allāh in reverence and to beseech t hem for help is quit e compatible with he basic principles of Islamic faith. But sometimes the petitioners, while addressing these favourites of Allāh, employ words, which are reserved only for Allāh and, therefore, according to some religious scholars, commit disbelief. This conclusion is based on a fundament al misconeption as t hese scholars fail to draw the vital distinct ion bet ween the literal and figurative sense of these words. They interpret these modes of address or the vocative forms in a literal sense and thus wring a perverse conclusion from t hem. It is an admit t ed fact that t hese modes of address are used only for Allāh in t heir absolute sense, therefore, to use t hem for any ot her creat ure is obviously disbelief and for a Muslim it: Nasā’ī, Sunan, b. of hibah (gifts) 6:262-3.

is simply inconceivable. Thus a basic distinct ion must be drawn bet ween t heir literal and figurative meaning.  he literal sense applies to Allāh alone and no creature, whet her he is a prophet or a saint , can arrogate to himself this exclusive divine prerogative. Therefore, the petitioner is using the words only figuratively and it is in this sense alone that they are generally interpreted. The allegation of disbelief against these people is quit e misplaced; it reflect s rat her the twisted consciousness of t hose who hurl such malicious allegations against t hem. The petitioners are, in fact , immune to disbelief. For instance: 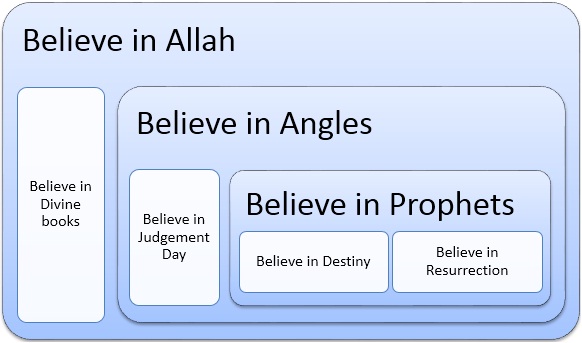 Similarly, some Muslims in different situations, while addressing the Holy Prophet use these words like “O Messenger of Allāh! We have no other shelt er except you.” If we interpret these words in t heir literal sense, obviously we would like t o conclude that the person using t hem is commit t ing disbelief. But the fact is that a Muslim is not using t hem in t heir absolut e sense. Any Muslim who uses these words is fundament ally motivated by the belief that the power of the Holy Prophet is only derivat ive as it is contingent on divine will. He is in fact saying through his mode of address: ‘after Allāh, the Prophet is my place of shelter, and after Allāh, it is his support that can serve as a means of help and salvation for a sinner like myself.’ Thus he is not equat ing the Prophet with Allāh Who is unique and from Whose favour the Prophet derives his exceptional stat us among the creat ures of Allāh. So he is saying: ‘I have no one else except you among Allāh’s creatures and I have no expect at ions from ot her creatures except you.’ Thus he is not elevating the Prophet to the level of divinity, he is only stressing his exceptional stat us among the creatures. Though we normally do not use these ambiguous words during intermediation or at the time of beseeching help from ot hers, nor do we encourage ot hers to make use of t hem to pre-empz even the slightest suspicion of disbelief, we also regard it as necessary to propose that a person using these words figuratively and derivatively should not be accused of disbelief in a fit of misplaced enthusiasm or an overplay of religious sentiment .

It is more pertinent to realise that we should not entertain unnecessary suspicions about the integrity of t heir fait h; instead of making t hem host ages of our crude sense of justice, we should display a reasonable degree of open-mindedness to give t hem the benefit of doubt . Before hurling at t hem the accusation of disbelief, we should try to probe into t heir real intent ions; before convicting t hem, we should presume t hem innocent and refrain from equating t heir figurative expressions with literal statement s. We all know, and only a sense of perversion can contradict this gut feeling, that these petitioners seeking help from ot hers believe in divine unit y, which is quit e consistent with the basic postulates of Islamic faith and at tested by  he Messenger ship of the Holy Prophet . They offer prayer and pay zakāt. When they follow the basic tenet s of Islam, not as an eyewash but as a demonstration of commitment, t hen it will not be an act of wisdom to drive t hem out of the fold of Islam simply because they use a string of ‘undesirable’ expressions in t heir supplications in a figurative sense. Truly speaking, they are “more sinned against than sinning”1 as the punishment seems to exceed t heir innocuous act.