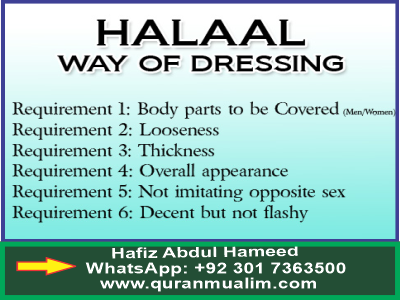 It seems appropriate at this point to briefly explain the commandments of Shari‘a about the dress for men and women and to show how much Islam abhors nudity since it is also related to hijab.

The Shari‘a requires men and women to cover certain parts of the body which is known as satr. After õmón, the first obligation upon a Muslim is to cover these parts of his/her body. Covering certain parts of the body is a primordial injunction which was promulgated in the Shari‘a of all the prophets. Even before man came upon this earth, when Allah  removed the dress of Paradise from ôdam e and ûawwó e both of them covered their satr with leaves after they tasted the fruit of the forbidden tree. Thus, it is understood that covering the private parts constitutes a basic part of human nature.

Covering the satr has been obligatory in the Shari‘a of all prophets from ôdam  to our Blessed Prophet . Though there may have been slight differences in how much constituted the satr, it is unanimously agreed upon that covering certain parts of the body has been a part of the Shari‘a of all the prophets. Every man and woman is obliged to cover the satr regardless of whether he is being watched or not. Thus, all jurists agree that if a person is offering his üalót in the nude on a dark night where no one can see him, his üalót is invalid. Similarly, if one is offering salat in a place where nobody is watching and the satr is exposed during üalót, the üalót becomes invalid.

Prohibition of nudity and requirement of satr 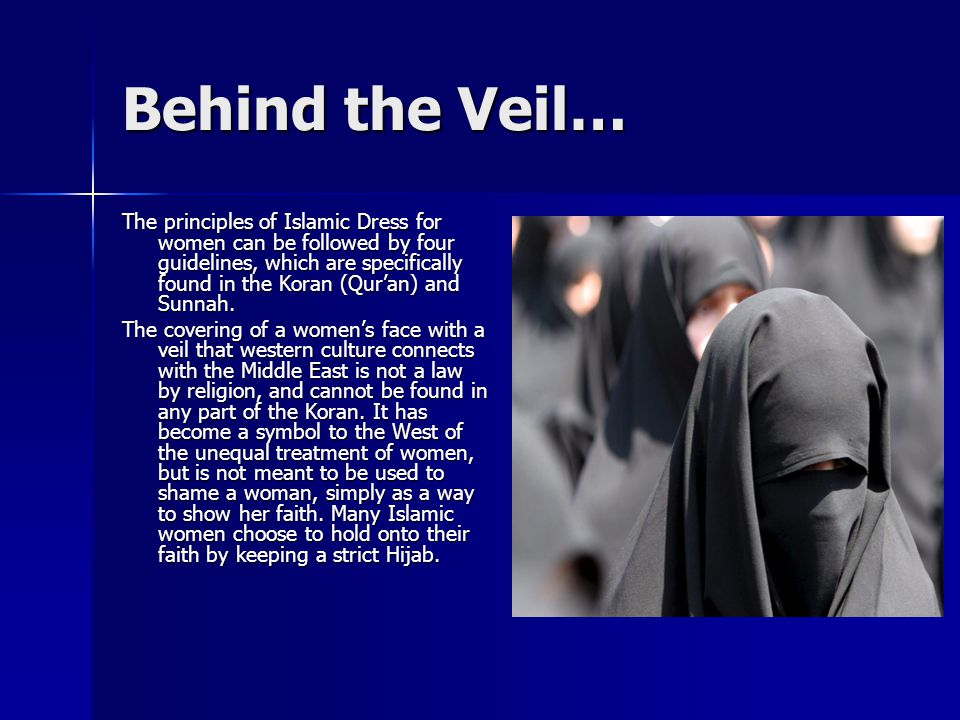 In the Qur’an, Allah u states that clothes are a blessing and that they serve the purpose of covering the parts of the human body which any person dislikes being exposed. Nudity is condemned in many aúódõth also.

Ibn ‘Umar g narrates that the Blessed Prophet s said, “Stay away from nudity because they [angels] are always with you who separate from you only when you relieve yourself or when a man has relations with his wife. So, be shy of them and respect them.” ( Tirmidhī, al-Istitór ‘Ind al-Jimó‘)

In one hadith, the Blessed Prophet s said, “I prefer falling from the sky and breaking into two pieces than to look at anyone’s satr or to have someone look at mine.” ( al-Mabüñt, 10/268)

Jabbar ibn Sakhr states in a hadith that, “We have been forbidden from showing our satr.” ( al-Zawójir)

Ibn ‘Abbós g reported that he was told not to walk around naked exposing the satr. ( al-Zawójir 94 al-Mabüñt, 10/268)

Once, the Blessed Prophet s was going somewhere when he saw a servant taking a bath out in the open, completely naked. He said to him, “I don’t find you shy of Allah u. Consider yourself dismissed. We don’t need your service.” ( al-Zawójir)

Nudity is so abhorred in Islam that even a husband and wife, while having intercourse are instructed to observe the satr and not to be completely naked like donkeys. ( Ibn Mója, al-Tasattur ‘Ind al-Jimó‘) 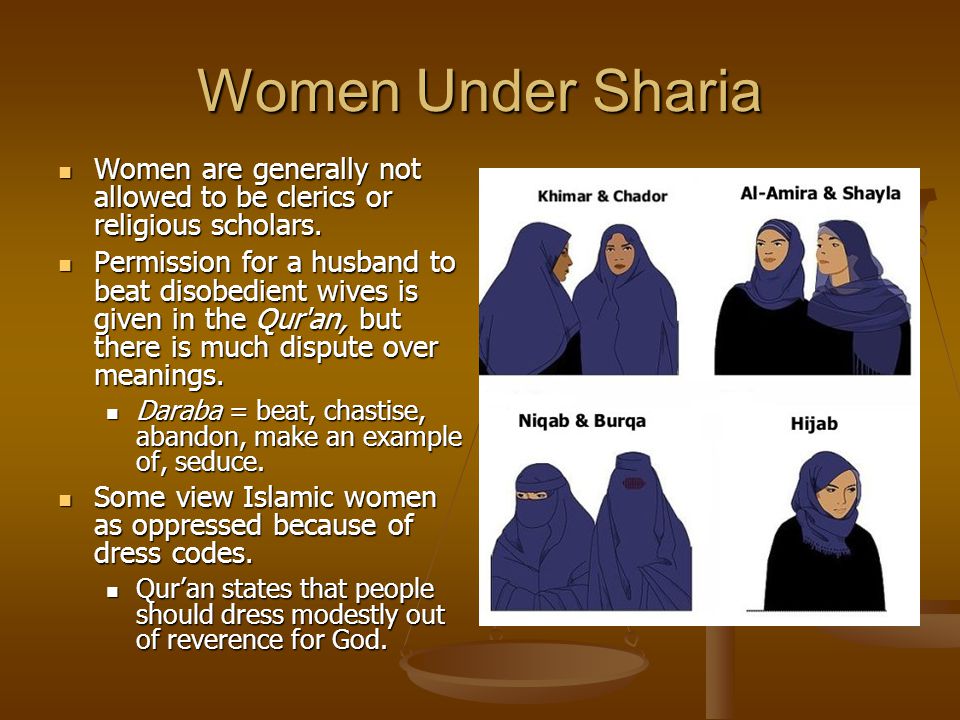 The Shari‘a does not stipulate any specific type of clothing for the believers. People may choose what to wear taking into account the climate [of the area they live in] and other such [personal] issues. However, Islam does lay down certain conditions for an Islamic dress code as follows:

Blessed Prophet s gave me a relatively thick piece of material known as qubøī which was presented to him by Diúya al-Kalbī g. I gave that material to my wife for her clothes. The Blessed Prophet s asked me, “How come you did not wear the qubøī cloth?” I replied, “O Prophet of Allah u! I gave it to my wife for her dress.” He said, “Ask her to make a lining for it; I am afraid [because of its thickness] it may define the frame of her body.” ( Aúmad, 5/205 | al-Baihaqī, 2/234)

Once, my sister Asmó’ j came to visit me. She was wearing a dress made of a thin Syrian material which you now call saffóq. When the Blessed Prophet s saw her, he said, “These are the kinds of clothes which have been prohibited in Sñrat al-Nñr [because they show your beauty].” He then asked Asmó’  to change into something different. I asked him, “O Prophet of Allah u!

When you saw my sister, you said such and such.” He replied, “‘ô’isha, when a girl reaches adulthood, she should not expose any part of her body except her face and palms.” ( al-Baihaqī, ‘Aurat al-Mar’at al-ûurra)

Once the Blessed Prophet s was presented with a thin material from Egypt called qubøī. He gave me a piece of it and said, “Make a shirt for yourself from this and give the rest to your wife to make her scarf, but ask her to put lining underneath it so that her body is not exposed.” ( Abñ Dówñd, fī Lubs al-Qubóøiyy li al-Nisó)

Once, ‘ô’ishó’s j niece, ûafsa bint ‘Abd al-Raúmón, came to visit her. She was wearing a scarf made of thin material. ‘ô’isha j took the scarf and ripped it and instead gave her one of her own scarves made of thicker material. ( al-Muwaøøa’, Mó Yukrahu li al-Nisó)

On another occasion, some women from the tribe of Banñ Tamīm came to visit ‘ô’isha . They were wearing dresses made of thin material. ‘ô’isha j saw them and said, “If you are believers, then this is not the dress of believing women; but, if you are not believers, then do as you please.” ( Tafsīr al-Qurøubī)

Abñ Huraira g narrates that the Blessed Prophet s once said, “Two kinds of people will be in the worst situation in the Hellfire. First, the officials who carried whips like the tails of cows with them and used them on people. Second, are the women who are naked though they are clothed [due to wearing see-through and tight clothes]; they attract strangers [men] to- ward themselves and are attracted to them. Their heads will be hanging on a side like the humps of bukhtī camels. They will neither enter Paradise nor smell its fragrance though its fragrance will spread far and wide.”( Muslim, al-Nisó al-Kósiyót al-‘ôriyót)

In another hadith, Ibn ‘Umar g narrates that the Blessed

Prophet s said, “In the last times of my Umma, women will be naked though they are wearing clothes; their heads [due to the style of their hairdos] will look like the humps of slim bukhtī camels. [If you see them] curse them because they will be deprived of the mercy of Allah u. If there were another nation after you, they will be their servants as the women of the previous nation served you.” (al-Baihaqī, al-Targhīb fī an Takthufa Thiyóbuhó)