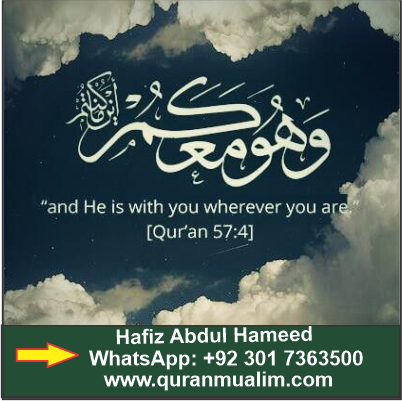 Begging and beseeching help from Allāh alone is valid

To negate the validity of beseeching others than Allāh for help is based on a fallacious deduct ion from a tradition narrated by ‘Abdullāh bin ‘Abbās as an argument in their favour in which it is enjoined upon the believers to beg only Allāh for help. The words of the tradition are as follows:

Begging for help is Allāh’s command:

st raight tenets of Islamic faith. This kind of reasoning betrays a glaring unawareness of the Qur’ān and the sunnah, lack of understanding of the purpose of revelation of the Qur’ān, and a superficial study of Islamic teachings. Its primary motive is to accuse the collective Muslim Ummah of disbelief and infidelity. The actual position is that the purpose of the tradition is not to dissuade people from seeking help from others except Allāh, as it appears at first glance; but its real purpose is to deflect the attention of the creat ure from the causes and direct it to the Creator of those causes so that the creature, embroiled in the convolutions of causes, may not lose sight of the real Helper. So the actual meaning of this tradition, in the light of Islamic teachings, may be summed up in these words: ‘O man! When you beg and beseech anyone of Allāh’s creatures for help and assistance, you should have complete faith in the glory and power of Allāh, and beg for help regarding Allāh as the real Helper lest these secondary causes should divert your attention from the Creator and become the st umbling blocks for you.’ The Prophet , endorsing the content s of the tradition said that there is no help against Allāh’s will but it does not negate the act of beseeching someone’s help to persuade Allāh to fulfil one’s need. There is a huge difference bet ween acts, which are incompatible with Allāh’s will and those, which are compatible with His will. The last words of the tradition (the pens have been taken away and the writings have dried up) clearly point out that beseeching not-Allāh for help against God’s will is forbidden but it, in no way forbids the act of begging and beseeching help from others because seeking the help of others has been endorsed by Allāh Himself. For example:

So you should ask people of knowledge if you yourselves do not know (about something).(an-Nahl, the Bee) 16:43.)

In this Qur’ānic verse the believers are being urged to ask those who possess knowledge. A large number of other traditions support the contents of this verse that the words ‘when you beg you should beg it from Allāh alone,’ do not forbid the act of seeking help from others absolutely. On the contrary, it means that the believers should not beg the rulers and the affluent, out of sheer greed, to help them financially or socially. They should beseech Allāh’s blessings alone. To infer from this tradition that it is invalid to beseech the help of others than Allāh is an unfair inference. These words do not argue against beseeching the help of others than Allāh. On the contrary, a large number of traditions clearly suggest that the Prophet himself prompted the Companions to beg from him and then responded to them. (The details with examples have already been given in the earlier pages.) If begging help from others is regarded as disbelief, then a large number of routine affairs which form the basis of practical life will be declared forbidden, for example, a student asking a teacher for explanation, a patient soliciting treatment from a doctor, a needy person begging help from a person of means and a creditor demanding his money back from someone who has borrowed it from him.

Ask for some more

One of the fort unate Companions, Rabī‘ah bin Ka‘b, one evening called on the Prophet . He filled water for his ablution and helped him perform the ablution. Pleased with his solicitude, the Prophet said to him: ‘ask for anything you want.’ Overwhelmed by such a big offer, the Companion asked for his eternal companionship, which the Prophet readily agreed to. Rabī‘ah bin Ka‘b relates in his own words:

I spent a night with the holy Prophet (and towards the tail-end of the night) I brought water for his ablution and toilet. He said: ‘ask (for) whatever you want.’I said: ‘I want your (eternal) companionship in Paradise.’ He said: ‘anything else?’ I said: ‘this is sufficient.’ He said: ‘then help me with plenty of prostration.

In this tradition the Prophet himself commanded the Companion to beg from him. If begging for help from not-Allāh were forbidden, the greatest champion of divine unity would never have done it. In the last words of the tradition, the Prophet himself begged him to help him with greater frequency of prostrations. This proves that begging help from someone other than Allāh is quite consistent with the Prophet’s pract ice and anyone who levels allegations of disbelief against him is himself violat ing his belief in divine unity. Such religious concepts are in fact a product of ignorance about the universal message of Islam