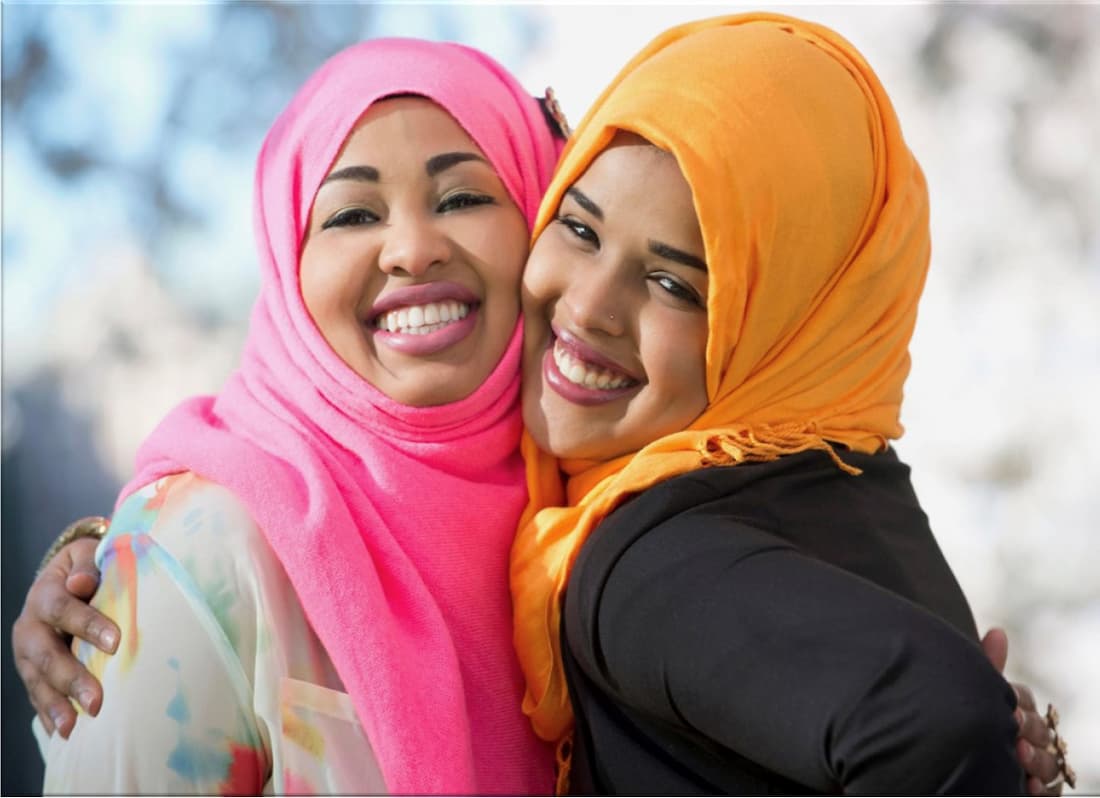 Evidence from the Qur’an

The rules anD regulatIOns which govern the social relations between men and women are the cornerstone of human society which,

when violated, result in the destruction of an entire society. This may be readily witnessed in various time periods in the history of human civilization. Hence, Allah u provides clear boundaries on this topic in the Qur’an. In some ayas, men and women have been asked to lower their gazes; in another aya, women are instructed not to speak softly when addressing men and still, in another aya, the ýaúóba l were told to talk to women from behind a curtain if they needed anything.

THE AYA OF HIJAB 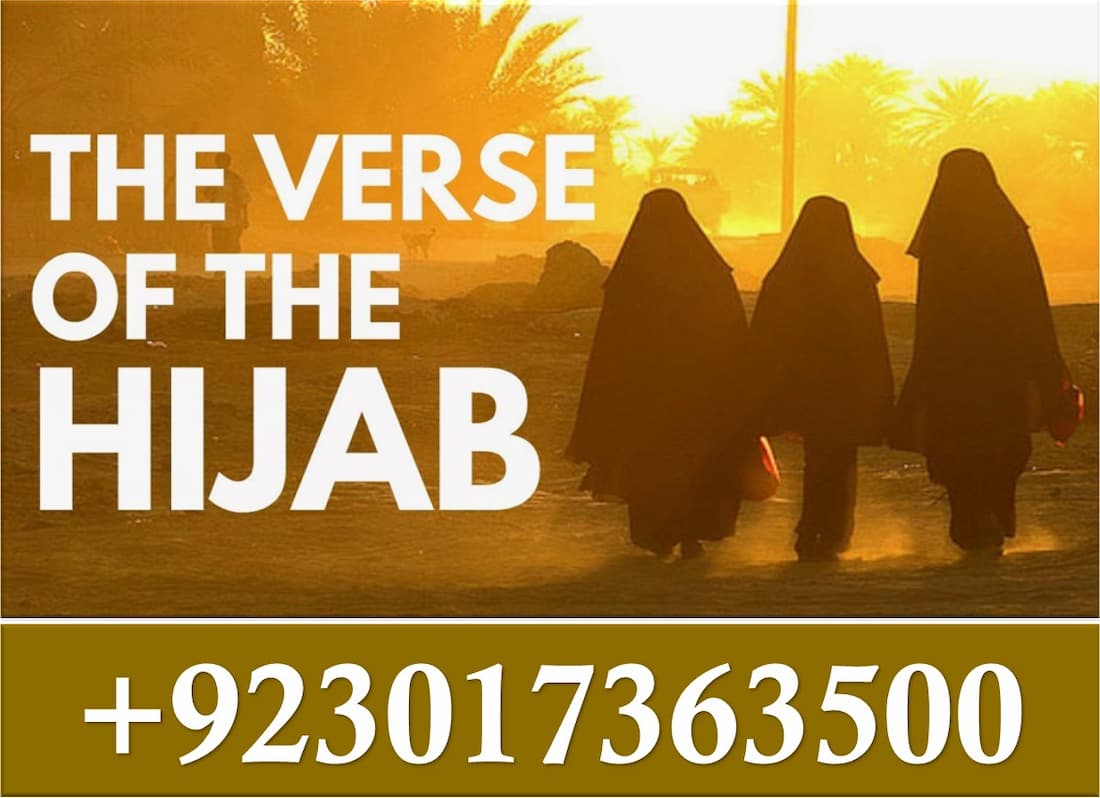 The scholars of Qur’an [mufassirñn] agree that the commandment regarding hijab for women was revealed in the following aya of Sñrat al-Aúzób, because of which this aya is often referred to as “the aya of hijab:”

O you who believe, do not enter the houses of the Blessed Prophet s, unless you are permitted for a meal, not [so early as] to wait for its preparation. But when you are invited, go inside.  Then, once you have had the meal, just disperse, and [do] not [sit for long] being keen for a chat. This [conduct of yours] hurts the Prophet, but he feels shy of [telling] you [about it], but Allah u is not shy of the truth. And when you ask anything from them [the blessed wives of the Prophet], ask them from behind a curtain 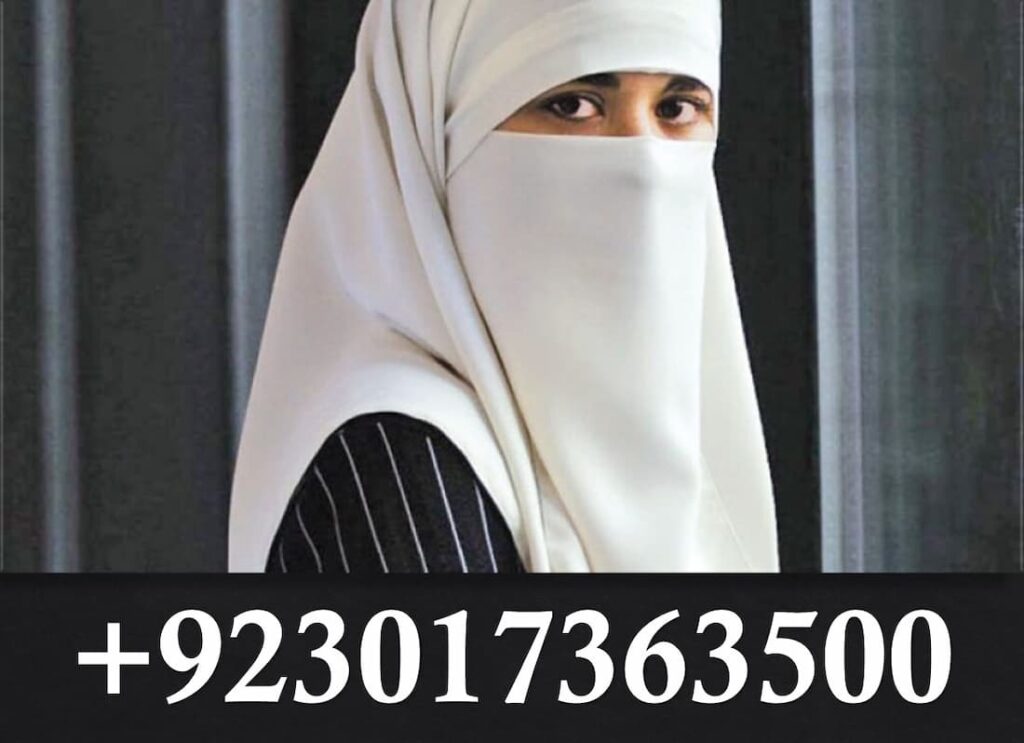 That is better for the purity of your hearts and their hearts. It is not allowed for you that you hurt Allah’s u messenger, nor that you ever marry his wives after him. Indeed, it would be an enormity in the sight of Allah u. ( 33:53) In the above aya, we find some rulings and commandments of the Islamic way of life pertaining to: a Invitations for meals and the conduct of guests:

Since (a) and (c) above are not related to our topic, I will only present the details of (b). The hijab was mandated for women in this aya of Sñrat al-Aúzób as they were not required to observe hijab before the revelation of this aya.

The scholars of Qur’an are unanimous that the injunction in the above aya includes all women, though it specifically addresses the wives of the Blessed Prophet . This same methodology is used in many other places in the Qur’an. For example, Allah u says in Sñrat al-ùalóq:

O Prophet, when your people divorce women, divorce them at a time when the period of ‘idda may start… (65:1)

Obviously, the injunction of observing ‘idda, (Idda is the waiting period for a woman before she can remarry after being widowed or divorced.) the prohibition of divorcing women during their menses and calculating the duration of ‘idda is not specific to the Blessed Prophet s and his wives, but includes every Muslim man and woman. Similarly, in the above aya of Sñrat al-Aúzób, the injunction relates to all Muslim women, though it addresses the wives of the Blessed Prophet s. The clearest proof of this [i.e. that this aya addresses all Muslim women] is the following portion of the aforementioned aya in which Allah u states the reason for the ruling of hijab:…this is better for the purity of your hearts and their hearts… (33:53) 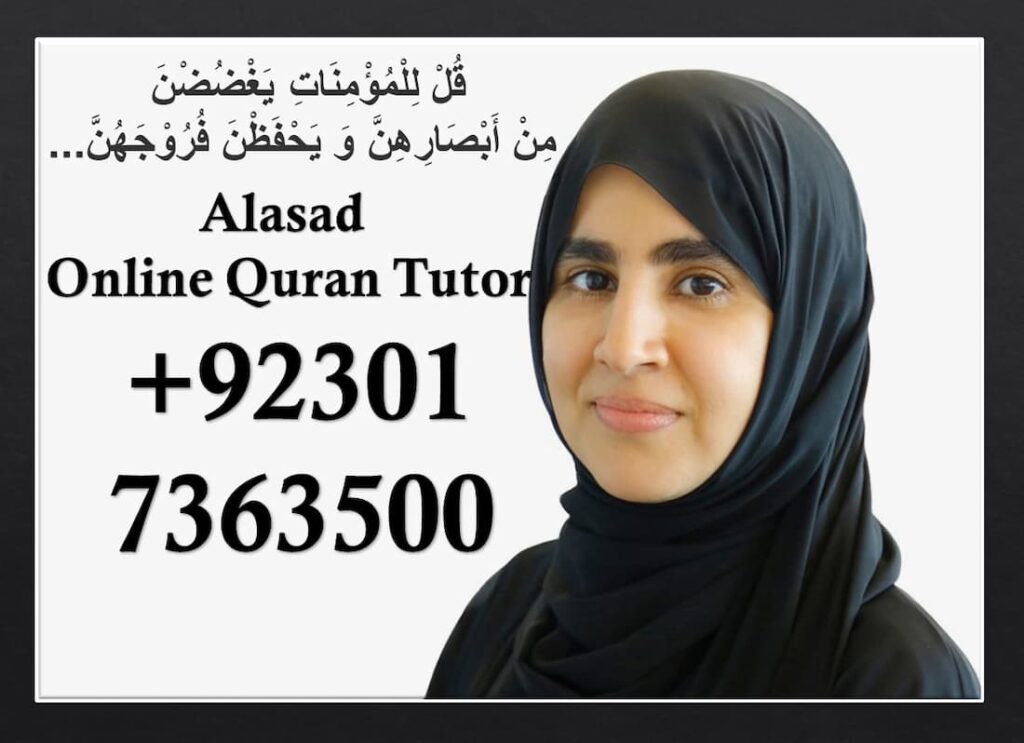 This aya clarifies that immodesty [leaving the home without hijab] breeds evil and indecency in the hearts. Undoubtedly, the common Muslims are more in need of protecting themselves from this evil as they are much more liable to engage in such sinful acts.

It is also noteworthy that the people addressed in this aya are the wives of the Blessed Prophet s whom Allah u purifies Himself. This is mentioned in the same surah in another place. إAllah u only intends to keep [all sorts of] filth away from you,  O members of the family [of the Prophet], and to make you pure through a perfect purification. ( 33:33)

On the other hand, the men [addressed in the aya] were greater in status than the angels [i.e. the ýaúóba l]. When the loftiest people of the early days of Islam were bound by the commandments of hijab, then those who succeed them are bound by it even more so as the transgressions, sinfulness, adultery and blind following of the desires will only increase as the Day of Judgment draws nearer. After all, who amongst us can claim to be more pure of heart than the ýaúóba l and that our women are more pious than the wives of the Blessed Prophet  to say that intermingling between men and women will not lead to corruption amongst us? 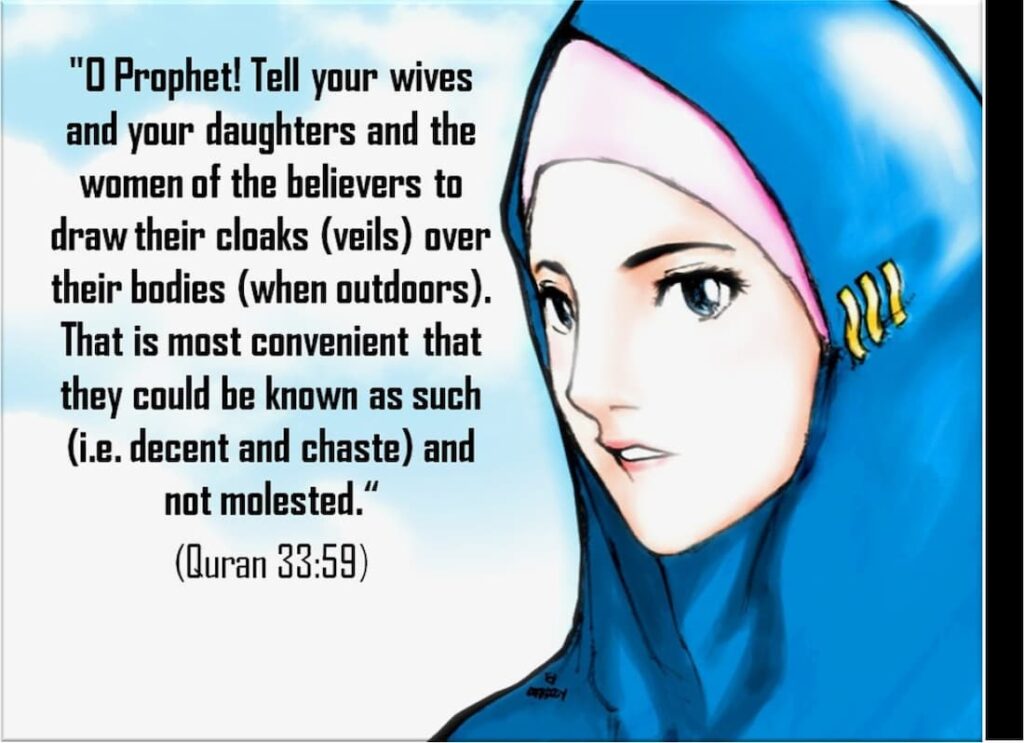 Muslims were forbidden from entering the houses of the Blessed Prophet s the way they entered each other’s homes without permission in the days of Jóhiliyya or in the nascent years of Islam. Allah u preferred modesty and honor for this Umma and commanded them to observe hijab. Undoubtedly, this commandment is in respect and honor of this Umma. (Tafsīr Ibn Kathīr)‘Allóma Ibn al-‘Arabī writes in his exegesis [tafsīr]:

This aya is proof that when it became necessary to ask anything from the wives of the Blessed Prophet s, including gaining religious instruction, it should be done from behind a curtain [hijab]. All Muslim women are bound by this order. Besides this aya, other principles of Islamic doctrine also explain to us that a woman [for her honor] deserves to be hidden, as well as her body and voice, as has been mentioned previously. ( Tafsīr al-Qurøubī)

CIRCUMSTANCES SURROUNDING THE REVELATION OF THE ABOVE AYA

A number of congruous circumstances are narrated to be the cause for the revelation of the above aya. It is likely that all of the circumstances correspondingly resulted in this revelation. In the first ayas in which the etiquette of invitation for a meal are mentioned, it was declared that no one should go to eat a meal without being invited first, and then they should wait until it is served. Ibn Abī ûótim narrated from Sulaimón ibn Arqam that this aya was revealed regarding certain onerous people who showed up uninvited at mealtime and waited until the meal was served.

Imam ‘Abd ibn ûumaid has narrated from Anas  that these ayas were revealed to admonish those who went to the Blessed Prophet’s s house at mealtime. They sat talking amongst themselves until the meal was served and then partook of the food. The first two ayas were revealed for the instruction of such people. These incidents occurred before the revelation of the commandments of hijab when men and women mixed freely in each other’s homes. Imam Bukhórī relates two narrations regarding the circumstances surrounding the revelation of the second commandment about hijab.

One is narrated by Anas g that ‘Umar ibn Khaøøób g advised the Blessed Prophet s, “O Prophet of Allah u, You receive all kinds of people at your home, good and bad, it would be better if you ask your wives to observe hijab.” Accordingly, this aya of hijab was revealed.   In another hadith in both Bukhórī and Muslim, ‘Umar g said:

In the second hadith of Bukhórõ, Anas  says:

O you who believe, do not enter the houses of the Blessed Prophet s… After the revelation of this aya, Anas g said, “I know the most about the aya of hijab as I was present at the time of its revelation.” ( Tirmidhī, Sñrat al-Aúzób)