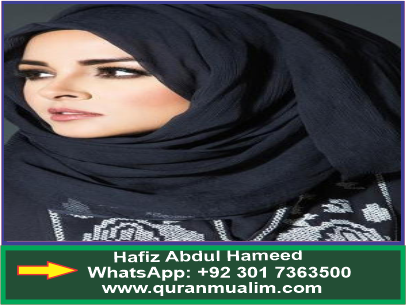 Another noteworthy point is that the slave girls or female captives mentioned in the above hadith refers to women who are captured as prisoners of war in a battle with disbelievers and who are distributed amongst the soldiers to be looked after. Such women legally became slave women. There are no such male or female slaves in our present time. The women employed to work as household aids do not fall in the category of “female slaves.” They are required to observe hijab as free women do.In another hadith, it is stated that at the time of the Battle of Mu’ta when Zaid ibn ûóritha g, Ja‘far ibn Abī ùólib g and ‘Abd Allóh ibn Rawóúa g were martyred, the Blessed Prophet s was deeply saddened and was at ‘ô’ishó’s j home at the time. A man came and informed him that Ja‘far’s g family was crying and mourning loudly. The narrator of the hadith, ‘ô’isha j, said she watched everything through the hole in the door and heard the Blessed Prophet s order [the man] that, “Tell the women to stop mourning loudly.” (Bukhórõ, Mó Yanhó ‘an al-Nauú wa al-Bukó)This hadith proves that the mothers of the believers l did not come out in front of non-maúram men.

In another hadith, it is narrated that ‘ô’isha j observed hijab from Aflaú g when he came to meet her. He said, “Why are you observing hijab from me, I am your foster uncle [since ‘ô’isha j drank milk from the wife of Aflaú’s brother]? ‘ô’isha j replied, “A woman breastfed me, not a man.” She related the complete incident to the Blessed Prophet s when he arrived later. He then gave her permission not to observe hijab from Aflaú. (Abñ Dówñd, fī Laban al-Faúl)

This hadith is proof that the wives of the Blessed Prophet s were extremely cautious in matters of hijab. 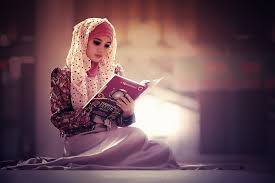