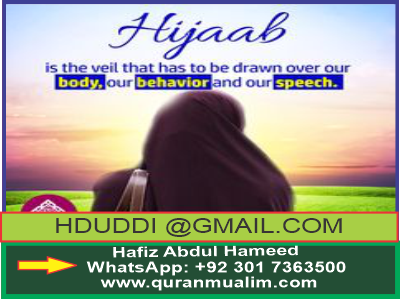 THE DIFFERENCE BETWEEN HIJAB AND SATR

The Shari‘a requires men and women to cover the parts of the body which are known as ‘aura in Arabic or satr in Persian and Urdu. After õmón, the first obligation upon a Muslim is to cover these parts of his/ her body. It is a primordial obligation that continued throughout the Shari‘a of every prophet. Before man came upon this earth, [the story is narrated in Qur’an that] Allah u removed the dress of Paradise from ôdam e and ûawwó  [due to their disobeying the order of Allah u] because of which both of them covered their satr with leaves.

Allah  says: Thus, this aya indicates that covering the private parts is inherent to the nature of man. 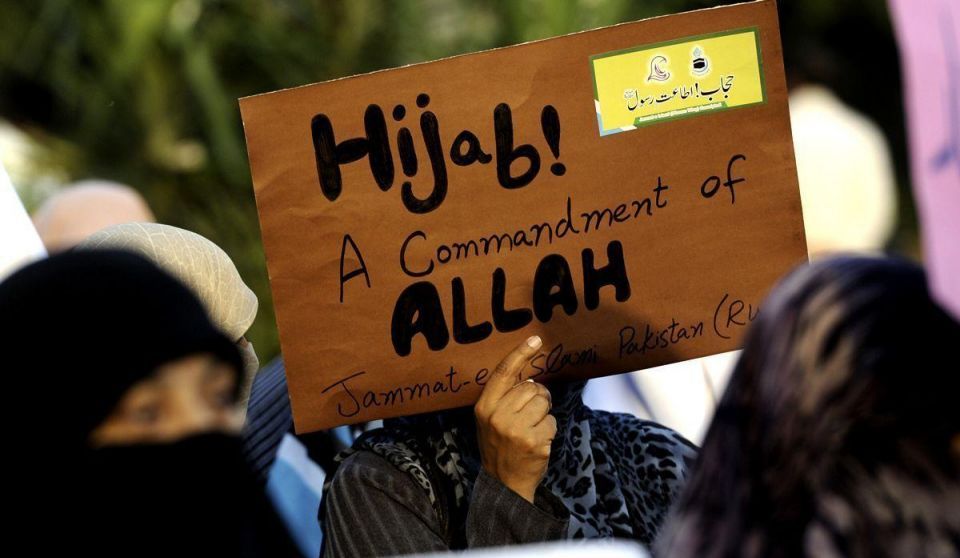 In every Shari‘a, from ôdam e to the last of the prophets, Muúammad al-Muütafó , covering the satr was obligatory. There may have been slight differences in how much of each part constituted the satr but a consensus is established that covering certain parts of the body was a part of the Shari‘a of every prophet. Every man and woman is obligated to follow this command regardless of whether someone is watching him or not. Thus, if a person is offering his üalót in the nude on a dark night where there is no one to watch him, his salat is invalid in the opinion of all the jurists. Similarly, if one is offering his salat where no one can see him and his satr becomes exposed during the salat, the üalót will be invalidated.

Everyone agrees about covering the satr in front of others but even if one cannot be seen, it is forbidden to be naked without any physical or Shar‘ī necessity. ( al-Baúr | Sharú al-Munya)

This is the ruling about satr which has been in effect in the Shari‘a of all the prophets from the beginning of time and which is equally applicable to both men and women. Therefore, it is not permissible to be naked in front of others or even when alone unless out of necessity.

Regarding women observing hijab in front of non-maúram men, at least one thing has always been true among the prophets, pious predecessors, and righteous people: they never approved of unchecked mixing between men and women. In the story about Shu‘aib’s  two daughters in the Qur’an, it is mentioned that they went to draw water for their sheep. When they saw a crowd of men by the well, they stood waiting on the side. When Mñsó  passed by them, he asked them why they were standing on the side. They made two points:https://www.fiverr.com/users/hdhuddi/manage_gigs

The above story clearly illustrates that even during that time, their Shari‘a discouraged mixing of men and women and also that women were not expected to take responsibilities which brought them together with men. It seems [from the ayas] that women were not required to observe hijab in those days as was the case in the early days of Islam. The order was revealed in the 3rd or 5th year of Hijra that women must observe hijab in front of non-maúram men.https://www.yourinfomaster.com/category/lifestyle/

The above discussion clarifies that the satr and hijab for women are two separate injunctions. Covering the satr has always been obligatory, whereas hijab for women became obligatory in the 5th year of Hijra. Satr is obligatory on both men and women while hijab is only required of women. Satr is obligatory whether one is alone or with others, while hijab is obligatory only in the presence of non-maúram men. A lack of distinction between these two concepts often leads to doubts, misunderstanding and misinterpretation of the ayas of the Qur’an. For example, the face and the palms of a woman are clearly exempted from the satr. Therefore, üalót is permissible for a woman without covering her face and palms. The jurists also exempt the feet of a woman from the satr based on the same principle. For more information:

What are conditions for women leaving the house in Islam?