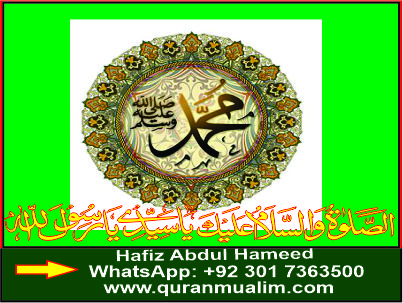 It is an established fact that on account of the distinction Allāh has conferred on His favourites and the blessings He has showered upon them, it has been the practice of our religious leaders and scholars to rely on them to resolve their worldly problems, attain salvation in the Hereafter, make their graves and tombs the focus of their supplications and seek help and assistance from the chosen people of Allāh who are buried in them and seek their help for spirit ual and inner benefits and blessings. These acts, which shaped the conduct and mode of living of the saints and the scholars in the past, are now the granite foundation of the concepts and beliefs of Ahl-usSunnah wal-Jamā‘ah. Moreover, they had not moulded their attitudes and deeds on a superficial, unconscious or sentimental basis. A great deal of reflection and reasoning laced these modes of conduct and were framed by comprehensive experimentation, observation and practical orientation. Therefore, on the basis of investigation, and not mere sentiment, it can be affirmed that their statements were sound and authentic and on account of their immunity from doubt and ambiguity, they furnish a cogent argument for all those believers who are blessed with sufficient wisdom and intelligence to appraise the depth and truth of these statements.

Religious scholars, enlightened saints and our spiritual leaders have pronounced the tombs of these favourites of Allāh as inexhaustible fountain-heads of light and blessing where our supplications are acknowledged and robed as  destinies. Reliance on these sanctified persons opens the shuttered avenues of success. Their attention and response unravels the tangles of the Hereafter and their spiritual help serves as a source of salvation for our worries and all forms of distress. To cap it all, their statement s are consistent with the criterion of experience and observation, which is the basis of the modern inductive method of all scientific progress. Therefore, they cannot be brushed under the carpet as mere hearsay and deserve our positive response as they are grounded in facts and proved by experience.

This world is inhabited by two sets of people. The first set of people are those who are rebellious and disobedient, and on account of their law-breaking tendencies, they form a coterie of persons who are hell-bent to protect and promote the interest s of the devil and are a cause of constant torture for Allāh’s creatures. On the other hand, are those who are good-natured, pure, and well-behaved and with a positive outlook and are determined to promote the welfare of the people. Such noble persons and untainted souls form their own fraternity and come closer to one another through mutual interaction, following the axiomatic principle that “ birds of a feather flock together.” These courageous, highly determined and spiritually motivated people, through sheer hard work and concentration, leave behind indelible tales of sincerity and honesty, patience and steadfastness, love and sacrifice that the readers are simply stunned by their exceptional nature.  These holy personages have graced every period of human history. Outwardly, they live on the sidelines but they are easily placed on account of their habit s and manners, their character and mode of conversation. Their love and concern for the creatures of Allāh is so gushing that it cannot be contained like the perfume of flowers. The chain of their blessing is continuous, because it goes against the divine grain that His creatures are deprived of the benefit and blessing of His chosen people in any era of human history. Therefore, these favoured servant s of Allāh are not only a source of blessing for the people in their manifest life but also benefit them after death; rather their blessings acquire greater frequency and intensity when they are transferred to another mode of existence after leaving this phenomenal world. They bless the seekers of their help as effectively as they did during their earthly sojourn. The one who seeks their help instinctively knows that he has been helped by them.

The secrets of the worlds of purgatory, angels and divinity are revealed to Allāh’s saint s in a manner and style that is denied to the common run of people. Their opinion is authentic in all human and non-human fields of activity and it can neither be challenged nor any flaws found in its inherent cogency. Therefore, it is quite rational, and a recognition of human limitations, to believe in their opinions because their statement s are not based on any inanity or triviality but have been derived through extraordinary observation and supported by the ballast of divine sanction, as no one can deny that “what is heard cannot equal what is seen.”

In the context of istighāthah and intermediation, we propose to cast a cursory glance at the conduct, experiences and observations of these righteous people who have provided glimmers of light and guidance to the creatures of Allāh groping in the amorphous shades of darkness and depression.