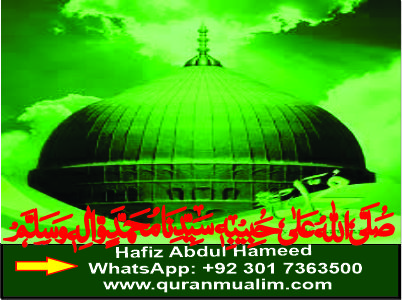 Beseeching help from others is Islamic command

It is Allāh’s command to seek help from Him through His favourite servant s for the fulfilment of needs and the relief of worries and problems, which constantly nag one’s mind and cannot be resolved by ordinary means or by one’s personal efforts. A few examples from the Qur’ān and the Prophet’s traditions are given below:

Here it is Allāh’s command to seek help and support by means of the virt uous acts of patience and prayer. These acts are only the means because it is Allāh alone who can help us out of our troubles and tribulations. But the act of begging for help through these means is being issued as a divine command. Similarly, here is another verse from the Qur’ān in which Allāh commands to seek help for fighting equipment and for the preparation of jihād: And (O Muslims!), to (fight) them you should keep ready the force (of weapons and other instruments of war) as much as possible and (a large number of) tied horses. (Qur’ān (al-Anfāl, Spoils of war) 8:60.)

In addition, the Qur’ān is a witness to the help which Dhū al-Qarnayn sought from his nation to fight the enemy:You should help me with the might of your arm, (that is, with labour and rigorous, hard work).(Qur’ān (al-Kahf, the Cave) 18:95.)Similarly, it is narrated by ‘Abdullāh bin ‘Abbās that Allāh’s Messenger said: 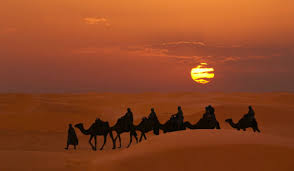 Undoubtedly, there are some of Allāh’s angels on the earth who are in addition to the guardian angels. They note down each leaf that falls down from a tree. If anyone of you is being tortured in the jungle, you should cry, ‘O servants of Allāh, help me.Here, the Prophet instructs the Muslims to seek angels’ help. He is advising us not to delink ourselves from those who not only believe in Allāh but also practice their belief. In case there is no human figure to come to your rescue, you should call angels for help. They will fulfil your need. This universe is not a meaningless vacuum as many atheists in their ignorance tend to assume; it is filled with flights of angels though they remain invisible to the naked eye and whenever human beings under duress invoke the help of Allāh, the angels practically demonstrate the merciful presence of Allāh by meeting human exigencies. Thus the words falyunād a‘īnū ‘ibād Allāh are a clear proof that to call someone for help is permissible.

Salāt-ul-khawf (fear prayer) also implies seeking help from others for the elimination of fear. In a number of his sayings, the Prophet has urged the believers to help one another: Anyone who is busy in fulfilling the need of his brother, Allāh Himself fulfils his need.  The same theme is stressed in another tradition: And Allāh is busy in helping His creature as long as he is busy helping his brother (. Haythamī narrates it in Majma‘-uz-zawā’id (10:132) and says that its men are trustworthy.) Imām Hākim has recorded a tradition in his alMustadrak (4:270) in which the Prophet has commanded the believers to help one another and to relieve the needs of others and then he has also stressed the importance of this noble act :

If anyone of you goes out with his brother to help him, it is better than the two months’ seclusion in my mosque.

Allāh has created a special class of creat ures to help the people in fulfilling their needs, relieving their problems and helping them in every possible way. The holy Prophet said: Allāh has created a class of creatures for the fulfilment of people’s needs so that people turn to them for (the fulfilment of)  Muslim narrated it in his as-Sahīh, b. of dhikr wad-du‘ā’ wat-tawbah wal-istighfār (remembering (Allāh), invocation, repentance and seeking forgiveness) ch.11

their needs. These creatures are immune to Allāh’s punishment.(. Haythamī narrated it in Majma‘-uz-zawā’id (8:192); and Mundhirī in at-Targhīb wat-tarhīb (3:390).   In this tradition, the Prophet’s words that ‘people should t urn to them for the fulfilment of their needs’ deserve special attention. The Prophet  is himself recommending the people’s act of seeking help from others. Therefore, those who call it disbelief appallingly lack an understanding of their own religion.

Mahmūd Sa‘īd Mamdūh writes in Raf‘-ul-minārah(p.225): “The tradition, being narrated from different quarters, transformed itself from a weak tradition into a sound one which the Muslims have invariably followed.”

The traditions prove that it is quite compatible both with the will of Allāh and the Prophet to seek help from other creat ures and to help others in their hour of trouble and distress whenever they beseech you for help. So when Allāh and the Prophet have approved it, who are we to disapprove it, and to label it as a form of disbelief and condemn it. The point to be noted here is that these verses and traditions are not only a justification for beseeching help from others; they are in the nature of commands and therefore, like other commands, they should be strictly followed by all the believers. Those who not only disregard them but also condemn them as selffabricated innovations are automat ically out of the fold of Islam.