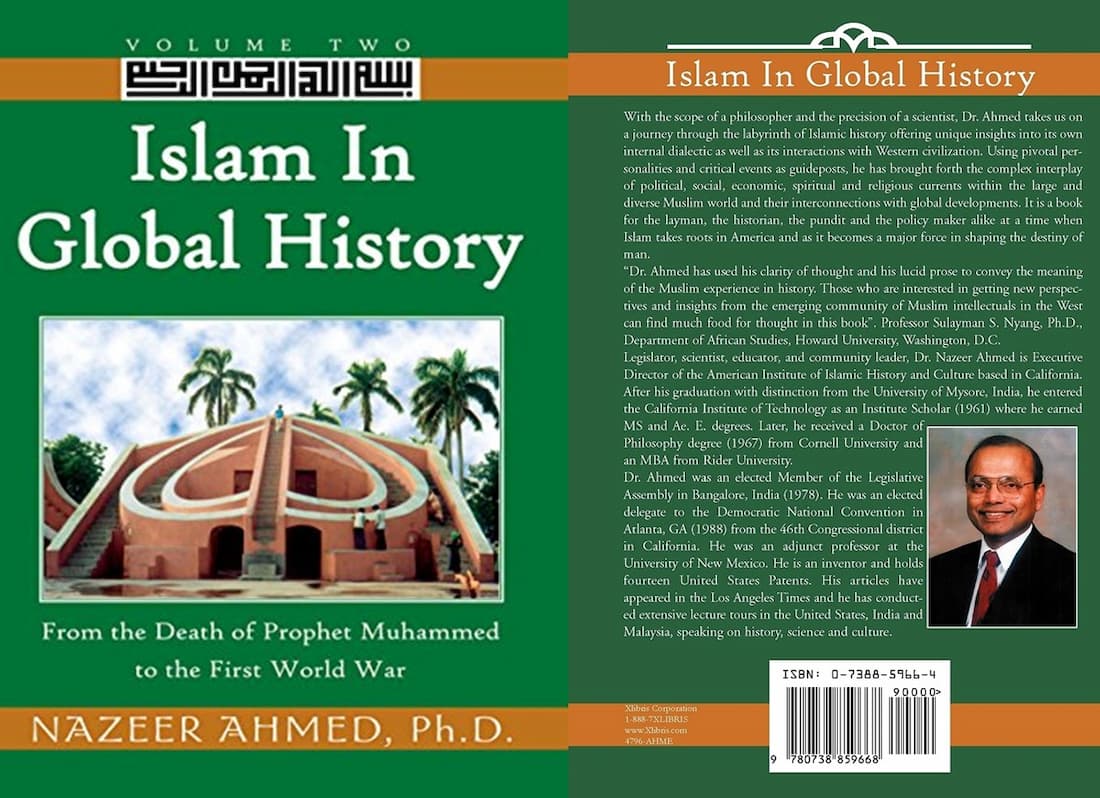 Islam in Global History: Islam is a complete code of life and guides and leads in every department of life. There is not a single corner of the life which has not been touched by Islam. The teachings of Islam are everlasting and for all the times and ages. Jihad is an important element of the Islamic teachings and religion. The concept of worldly life is incomplete without the Jihad is unimaginable. Jihad is used in many terms. The word jihad means struggle and effort with full zeal and zest with strong belief in Allah for the reward of these efforts and struggle. The present book is global history book that reveals the positive effects and teachings of Islam in the history. The Islamic history has been matter of debate in the community by different authors and writers. World history is witness of the rise of the Islamic empire and state in the different ages of the different centuries. What is history is defined by different historian in different ways. 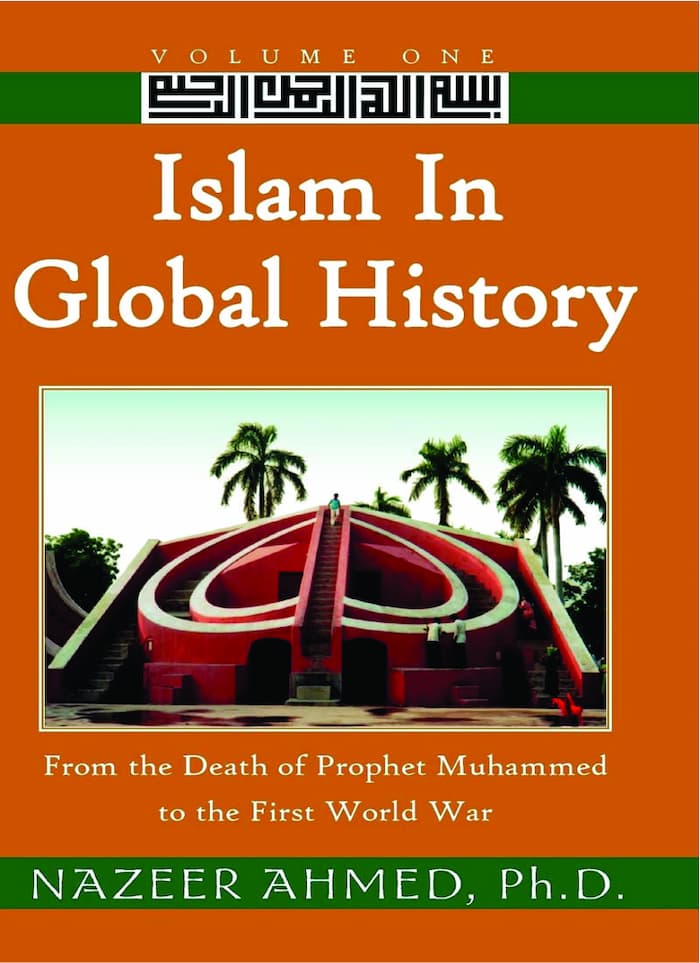 Dr. Ahmed is a great philosopher and scientist and he is giving some philosophical views about the global history of Islam. He helps us to travel with him in his company to unveil the puzzles and labyrinth of the Islamic history. The author also offers unique wit and wisdom about the internal structure and dialectic along with the interaction with the Western civilization. He has used gigantic personalities and critical incidents as the guide lines for the readers to understand the global history of Islam. The author has described the complicated interconnection of the different aspects of the Islamic history like politics, social justice, economical reforms, spiritual and religious currents in the perspective of the great diversified Islamic and Muslim world along with the relation with the international world.

The book by Dr. Ahmed is easy to understand even for the lay man as well as the historians and the other concerned persons who are interested in the history of Islam and Islamic world. It is book that tells us about the start of the spread of Islam in America where it has become the main power to shape the fate of common man. 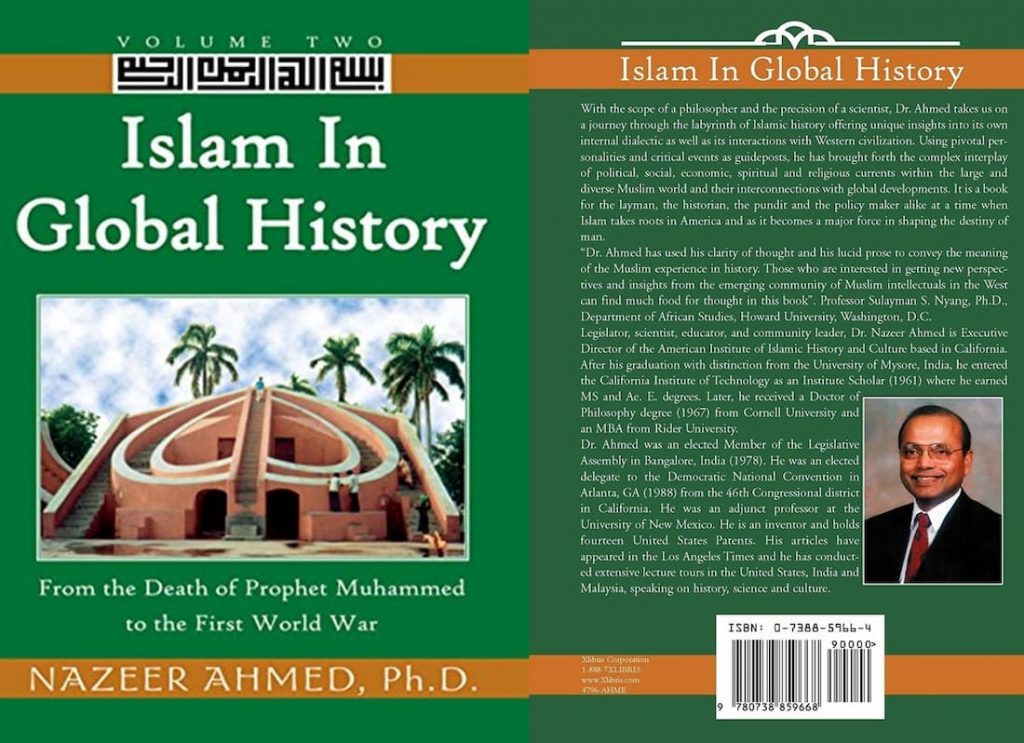 Dr. Ahmed is using the clear and vivid thoughts and prose to explain the true Muslim experience in history. The book is useful for the people who take much interest in order to achieve and get the new and novel perspective and insights with the help of emerging community of the Muslim intellectuals in the western world.

Legislator, scientist, educator, and community leader, Dr. Nazeer Ahmed is Executive Director of the American Institute of Islamic History and Culture based in California. After his graduation with distinction from the University Of Mysore, India, he entered the California Institute of Technology as an Institute Scholar (1961) where he earned MS and Ae. E. degrees. Later, he received a Doctor of Philosophy degree (1967) from Cornell University and an MBA from Rider University.

The book is valuable gift for the people who are interested in history especially the history of Islam and Islamic world. 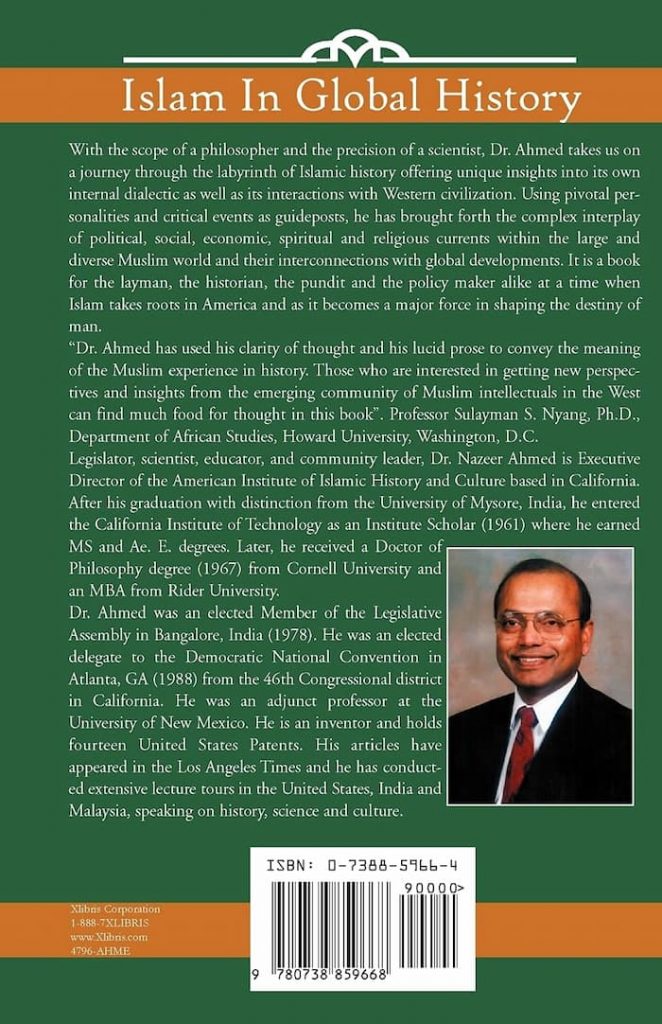