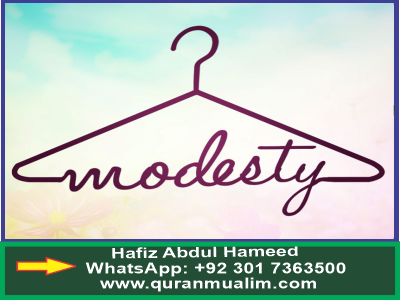 COMMANDMENTS ABOUT MODESTY [ûAYĀ] AND HONOR

All the ahadith mentioned above were about observing the hijab and covering the face and the rest of the body. Besides this, the Shari‘a has laid down rules [aside from the commandments of hijab] which relate to hijab and which, if not followed carefully, may also lead to vulgarity and shamelessness. In other words, [aside from the observance of hijab] many other such things are also forbidden in the Shari‘a that may otherwise lead to indecency and lewdness.

Modesty and maintaining one’s honor are of primary importance in preserving the moral fiber of any society. This is why modesty is called the ornament of a woman that protects her from many sins and also prevents ill-natured men from entertaining dirty thoughts about her. Modesty is intrinsic to the nature of a woman in order to safeguard her against abuse by immoral men. 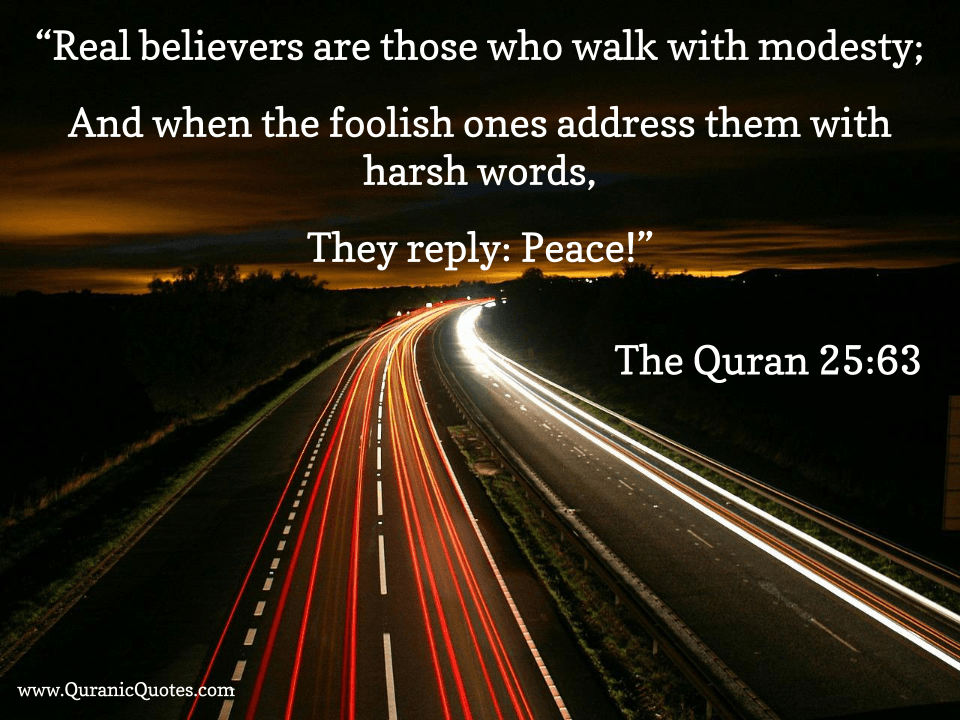 In one hadith, the Blessed Prophet s said, “The first to leave this world are úayó and trustworthiness; therefore, ask for them from

Allah u.” The truth is that úayó is the main characteristic of a true believer. People ignorant of the teachings of the Blessed Prophet s do not concern themselves with attaining úayó. ûayó is one aspect of õmón and both úayó and õmón are mutually dependent on each other; therefore, the life of one is the life of the other and the death of one is the death of the other. Thus, the Blessed Prophet s said in one hadith, “When no úayó is left in you, then do what you please.” ( Bukhórõ, Idhó lam Tastaúyī)

Today, shamelessness and all that it constitutes has even pervaded the lives of known Muslims who embrace it in blind faith to the disbelievers. Such people have struggled [for the longest time] to take the Muslim women out of hijab and [mire them] in immodesty and indecency. They adopt the lifestyle of the disbelievers more than the Sunna of the Blessed Prophet s and have placed themselves in a quagmire. On the one hand, they desire to look at the half-clad bodies of the wives and daughters of other Muslims on the streets; on the other hand, they do not have the courage to deny the teachings of the Qur’an and hadith. Neither can they say that they have renounced Islam nor can they see Muslim women observing hijab. The reality of the matter is that they have indulged in improper acts and thus destroyed their sense of honor and modesty which Islam commands one to preserve. [And] it is this very natural desire to save one’s honor which compels men to protect the honor of their women.

Mólik ibn Ukhaimir g narrates , “I heard the Blessed Prophet s say, ‘On the Day of Judgment, Allah u will not accept any good deeds or worship from a suqur.’ He was asked, ‘O Prophet ofAllah u! What is suqur?’ He said, ‘The one whose wife entertains other men [with his knowledge].’” ( al-Mu‘jam al-Kabīr, 19/294 | Shu‘b al-ömón, 7/412)

In another hadith, the Blessed Prophet s said, “Three men will never go to Paradise nor will they smell its fragrance; first, a man who appears as a woman; second, an alcoholic; and third, a dayyñth.” People asked, “O Prophet of Allah u! Who is a dayyñth?” He replied, “One who tolerates indecent behavior in his wife.” In another narration, he says, “One who does not maintain honor and decency in his wife.” ( Tafsīr ôyót al-Aúkóm)

In one hadith, it is narrated that no one has a better sense of honor than Allah u and this is why He has forbidden lewdness. ( Bukhórõ, Sñrat al-An‘óm)

In another hadith, the Blessed Prophet s said, “I have a sense of honor. Only a person with a darkened heart is deprived of a sense of honor.” ( Iúyó ‘Ulñm al-Dīn) This hadith indicates that excessive indulgence in indecent and lustful acts gives rise to loss of wisdom and the ability to differentiate between good and evil. 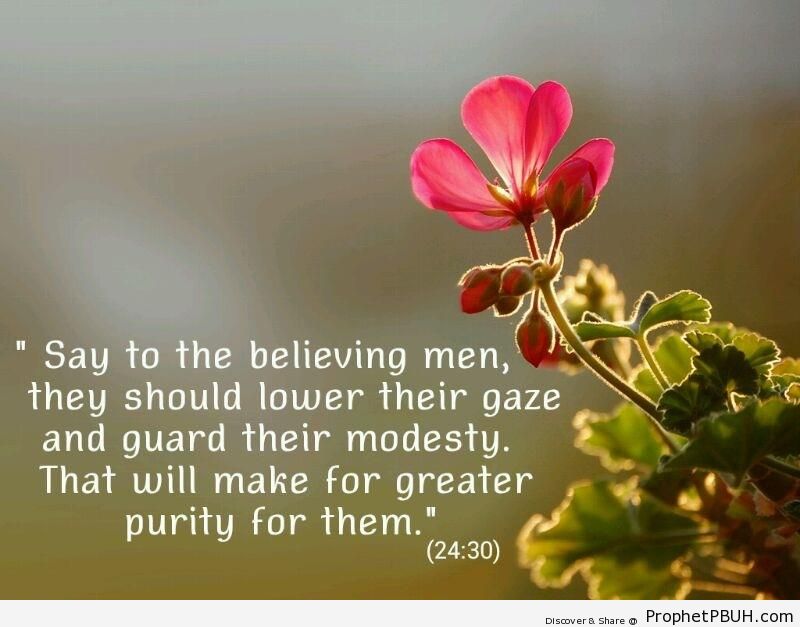 1 thought on “Write commandments about modesty and honor in islam?”