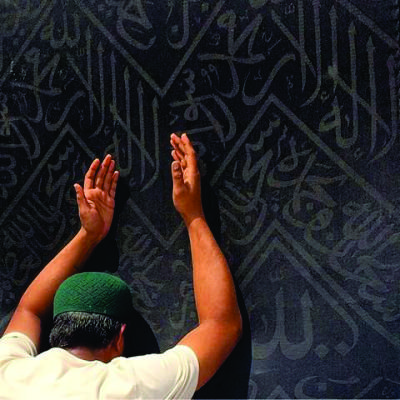 According to the interpretations of Arab lexicologist s and exegetes, the meaning of the word istighāthah is to seek help. It expresses itself in t wo forms:

The Qur’ān enlist s the example of appeal by word in reference to Mūsā’s experience: And we directed Mūsā by inspiration (in the way) to strike his staff at the rock when his people asked him for water.

Islam is the religion of nature (dīn-ul-fitrah) and it is the religion of all prophets, from Adam  to the last Prophet Muhammad . The concept of divine unity forms the matrix of their teachings. According to any sharī‘ah, including the sharī‘ah of Muhammad, there is no real helper except Allāh while in this verse, his followers have appealed to Mūsā  for help. If it were a form of disbelief, the miracle that accompanied it would not have materialised, as there is no link bet ween disbelief and a miracle because miracles have divine sanction behind them. History is a witness that whenever the prophets were asked to perform an act in violation of the divine unity, they stamped out the appeal firmly in order to pre-empt all forms of disbelief in future as any pussyfooting on this count could have weakened faith and entrenched evil. Therefore, they strictly forbade their followers to indulge in any such activity. On the other hand, in the verse Allāh Himself is empowering Mūsā  to perform the miracle at the appeal of his followers. It means that the real helper is Allāh Himself and He is delegating His powers to Mūsā   to perform the miraculous act. The verse also clearly illustrates the difference bet ween real and delegated power. While Allāh’s power is real, as it is self-activating, Mūsā’s power is delegated as it depends on, and draws its nourishment from, the divine will.

To appeal for help through some specific act or on the basis of one’s present plight and predicament without uttering a word is known as appeal by deed. The Qur’ān records the miracle that happened to Allāh’s beloved and venerable prophets to justify appeal by deed. Ya‘qūb  had lost his eyesight on account of excessive crying when his son Yūsuf  had been separated from him. When Yūsuf  came to know about it, he sent his shirt to his father through his brothers as an appeal for assistance. He directed the brothers to touch the eyes of his father with the shirt, which would help him regain his eyesight. As a result of the act of touching, Ya‘qūb  recovered his vision. Allāh has referred to this incident in the holy Qur’ān in these words:

Take this shirt of mine, then place it over my father’s face, (and) he will recover his vision.  When his brothers touched the eyes of Ya‘qūb with the shirt, he regained his eyesight through the divine will. The Qur’ān says: So when the bearer of the good news came, he cast the shirt over Ya‘qūb’s face and forthwith he regained clear sight.

The auspicious act of Ya‘qūb, through which he regained his vision, was practically made possible with the assistance of Qur’ānic example of appeal by deed in which Yūsuf’s shirt served as a means for the recovery of eyesight by the divine will.

Link between intermediation and appeal for help 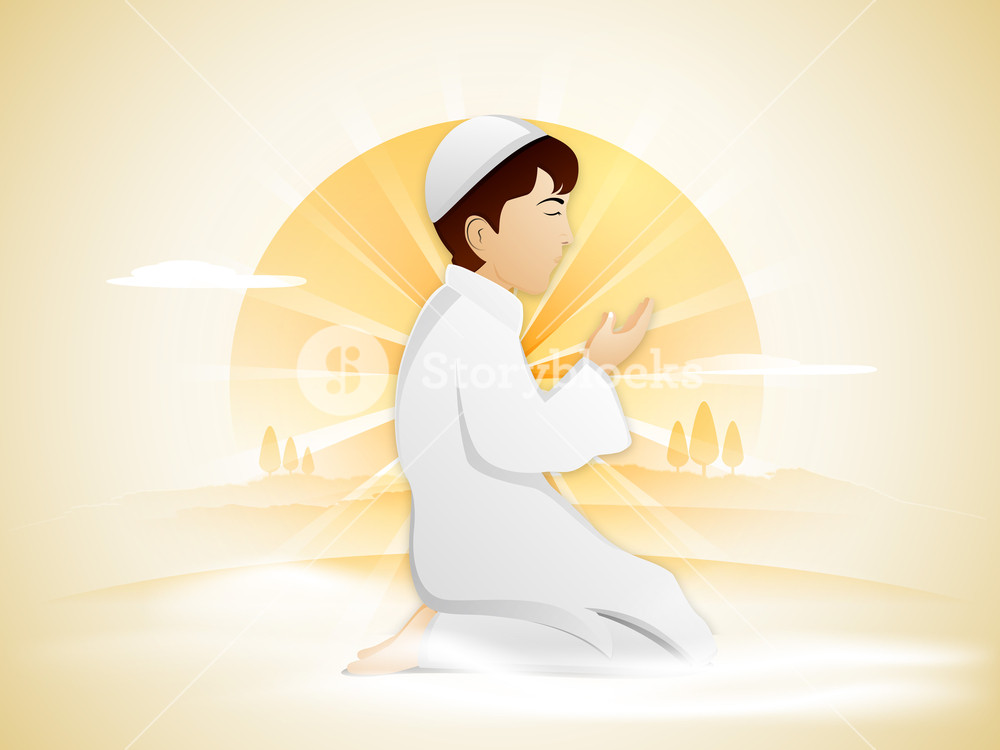 Both intermediation (tawassul) and appeal for help (istighāthah) have a common focus of meaning. What differentiates them from each other is the nature of the defining act. When the act relates to the help-seeker, the act is known as appeal for help, and the virt ual helper whose help is being sought will act only as an agent or a means because the real helper is Allāh Himself. Thus Ya‘qūb’s act serves as an appeal for help and the shirt serves as a means to invoke help. On the other hand, when Allāh’s help is beseeched through direct prayer, He in this case act s as the real helper because there is no greater source than the source of divine assistance. Therefore, while intermediation is loaded with indirect implications, appeal for direct help from Allāh has a palpitating immediacy about it and elicits a more prompt response. In short, the Qur’ānic verse clearly establishes the fact that appeal for help by deed is proved by the practice of the prophets. (A detailed discussion on the concept of intermediation is available in our book Islamic Concept of Intermediation.)

Difference between appeal for help and  supplication

Use of the word du‘ā’ in the holy Qur’ān

The meaning of da‘ā, yad‘ū and da‘watan is to call and implore. The root da‘ā is used in various senses in the holy Qur’ān. A few significant aspects of the word du‘ā’ are explained below to illustrate the way the Qur’ān has concept ualised it in various contexts:

In the Holy Qur’ān the word du‘ā’ is used in the sense of nidā’, and sometimes nidā’ and du‘ā’ are interchangeable. For instance, the Qur’ān says: And (to call) those infidels (towards guidance) is like the parable of a person who shouts at an (animal) who can listen to nothing but calls and cries.

In the Arabic lexicon sometimes the word du‘ā’ is used in the sense of naming or calling. Imām Rāghib Asfahānī has given a very apt example: I named my son Zayd.

In this sacred verse, Allāh Himself has laid stress on the special respect to be accorded to the holy Prophet. He has commanded the believers not to address the Prophet by his name Muhammad. Whenever he is to be called, he should be addressed by the special titles of Messenger of Allāh and Friend of Allāh. This is reinforced by the vocative forms used in the holy Qur’ān. Allāh Himself has nowhere addressed him by his first name: at no place in the Qur’ān He has addressed him direct ly as yā Muhammad (O Muhammad).

The word du‘ā’ has also been used in the Qur’ān in the sense of begging and beseeching for help as is declared They implored that you should pray to your Lord for us.

The word du‘ā’ is sometimes used to persuade someone to do something or to provoke someone. The Qur’ān illustrates this meaning in the verse given below:

Yūsuf (on hearing what the others were saying) submitted: O my Lord! I love the prison far too much over what they call me (to do).  The word du‘ā’ is used in the sense of persuasion in sūrah Yūnus also: And Allāh calls (people) to the home of peace (Paradise)

The word du‘ā’ in the sense of desiring is frequently used in the Arabic lexicon. The Qur’ān offers the following example: And you will also find whatever you desire.

The word du‘ā’ is also sometimes used in the sense of supplication that is sent to the Lord. The Qur’ān records the prayer of His favoured ones in the following terms: And their prayer will end (on these words)  ‘all praise is for Allāh Who is the Nourisher of all the worlds

Worship of Allāh is also called du‘ā’ as is stated by the holy Prophet : Du‘ā’ is precisely a form of worship.

In addition to these meanings, the word du‘ā’ sometimes carries the meaning of address or speech. At the occasion of the battle of Uhud, when the Companions seemed to lose heart and were fighting in scattered groups, and only a few of them were concentrated around him, the holy Prophet  called those who had scattered away from him. The Qur’ān has described his words in these terms:

When you were running away (in a state of disarray), and never cast a backward glance, and the Messenger who

(stood steadfast) among the group behind you, was addressing you

The word yad‘ūkum of the verse, that is, he was addressing you, cannot be interpreted in the sense of worship. This interpretation borders on sheer disbelief, which is simply inconceivable for the true believer. 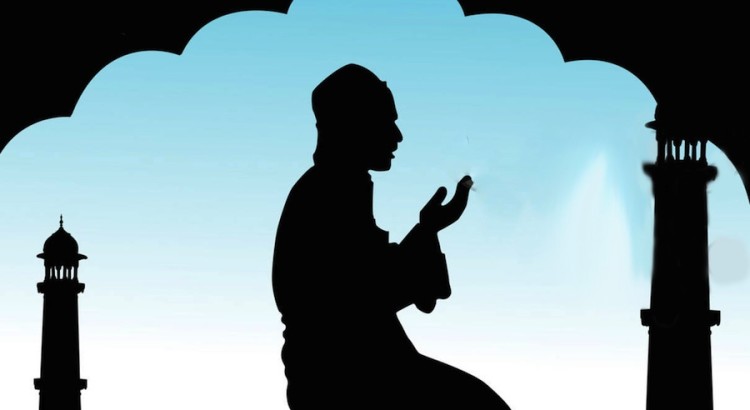