How was the childhood of the prophet (PBUH)?  –  The Prophet Muhammad, may Allah shower His blessings and peace upon him, was born in Makkah on Monday, the 9th of Rabi’ul Awwal (Ibn Ishaque mentions 12 Rabiul Awwal as the Prophet’s date of birth (Ibn Hisham, vol.1, p.171).

In authentic Traditions Monday has been specifically mentioned (Sahih Muslim, Kitabus Siyam). Seerat Ibn Hisham, vol.1, p.171. See also Imam Tirmizi, Sunan, Al-Manaqib.) in the spring season in the Year of the Elephants (when Makkah Al-Mukarramah was attacked with an army comprising elephants), corresponding to 22 April 571CE, between the dawn and the sunrise. He was the only son of his parents. (Qazi Sulayman Mansurpuri, Rahmatullil ‘Aalameen.)

His father had died before he was born. (Musannif ‘Abdur Razzaque, Vol. 5, p. 317. Mustadrak Haakim 2, 5, 6. Hakim stated it to be on the principles of Muslim, and Imam Zahabi has affirmed it.)

His grandfather, ‘Abdul Muttalib had himself experienced the pang of orphan hood. When he heard the news of the birth of his grandson, the orphan of his fortyfour year deceased son ‘Abdullah, he came home, took the newborn to Al-Haram, prayed for him there and brought him back. (Seerat Ibn Hisham, 1: 160, Taabaqat Ibn S’ad, 1: 103, Tahzeeb Taareekhe Damishq, 1: 284.)

On the seventh day he sacrificed an animal and invited the people of his tribe, the Quraysh, to a feast. When the guests inquired of him the name of the child, ‘Abdul Muttalib mentioned that he had named his grandson Muhammad (the Praised One).

His tribesmen were surprised as this was quite an unusual name, not used in the society of the time. ‘Abdul Muttalib explained that he, in fact, wished his grandson to be known in the world as a person deserving genuine appreciation and acclaim. (Tahzeeb Taareekhe Damishq, 1: 282; Al-Bidaya wan-Nihaya, 2: 264)

His mother Amena fed him her milk first. After two, three days Thuwayba, Abu Lahab’s maid, fed him her milk. (Sahih Al-Bukhari, Kitabun Nikah )In those days the rich and the noble used to send their newborn babies to nearby villages to be raised among the bedouin so that the children could acquire eloquence in the Arabic language and learn the traditional Arab values from them.

A few days after the birth of Prophet Muhammad (PBUH), some women from the Hawazin tribe came to Makkah in search of such babies. S’adiya Haleema was among them. By chance she could not get any such child to rear. The mother of the Prophet (pbuh) wanted her to take the Prophet (PBUH) and raise him under her care in her village. S’adiya Haleema, however, was not much interested at the beginning, as she did not expect any lucrative reward for taking care of an orphan.

But at the same time she did not want to return without a child. So, ultimately, she accepted the request of Hazrat Amena and took Prophet Muhammad (PBUH)with her. After two years she brought him back to Makkah to his mother. But as in those days an epidemic had spread in Makkah, Hazrat Amena asked her to keep the baby (PBUH) with her for some more time. Haleema did accordingly. (Seeratun Nabi, Vol. 1, p. 172-73.

The fosterage of Halimah Sadiyah is famous. The prophet’s biographers have mentioned it. The narrators of hadiths have also mentioned it like Hakim in ) Prophet Muhammad (PBUH) loved S’adiya Haleema very much. When he was entrusted with prophethood, her husband Harith bin ‘Abdul ‘Uzzah visited him in Makkah and inquired him about his message. The Prophet (PBUH) told him that the day would come soon when he would show him that he told the truth. Harith accepted Islam. Death of mother and grandfather and security of Abu Talib

Hazrat Amena stayed there for a month.  While returning to Makkah she breathed her last at a place called Abwa. She was buried there. Umm Ayman brought Prophet Muhammad (PBUH) to Makkah.

After the death of Prophet Muhammad’s mother, his grandfather ‘Abdul Muttalib took him under his guardianship. He always kept him close. When he died at the age of eighty-two, Prophet Muhammad (PBUH) was eight years old. When his bier was being carried to the graveyard, the Prophet (PBUH) followed weeping out of  Mustadrak-2:216, Imam Ahmad in Musnad-4:184, Darmi in Sunan1:8, Tabrani in Mujam and Ibn Hibban in Mu’arid Azzam’an.

At the time of his death, ‘Abdul Muttalib entrusted the responsibility of the Prophet’s guardianship to his son Abu Talib. Abu Talib loved the Prophet (pbuh) very dearly and preferred him even to his children. He used to take him to sleep in his bed with him and kept him in his company when he went out (Seeratun Nabi, Vol.1, p. 177 )

When Prophet Muhammad (pbuh) was approximately ten, he used to take a herd of goats out in the field to graze ( Sahih Bukhari, Kitabul Ejara) This was, in fact, a prelude to his ultimate career as a caretaker of the world. During the days of prophethood he used to talk about his experience of this simple and interesting engagement.

Once when the Prophet (PBUH) went to a forest with his Companions, they started picking berries and eating them. The Prophet instructed them to pick berries which were black in color saying that they were more tasteful. He added that he had learned it from his boyhood experience when he used to bring his herd there for grazing. (Tabqaat Ibn S’ad, Vol. 1, p.80) Abu Talib was a trader. The Quraysh used to go to Syria once a year for trade. The Prophet (pbuh) was about twelve when Abu Talib planned to travel to Syria on a business trip.

He did not wish to take Prophet Muhammad (PBUH) with him for the fear of the hardships of the journey, or for some other reason. But when Abu Talib was about to leave, the Prophet (PBUH) grabbed him and held him tight out of love for him. Abu Talib did not like to disappoint his nephew and decided to take him along. (Sunan Tirmizi, Bab Al-Manaqib, Bab Ma Ja’a Fi Bad’a AnNubuwwa) Participation in the Battle of Fijaar and the Fuzool Armistice

In Arabia, until the advent of Islam, battles among the tribes were a continuous and common phenomenon, in which the Battle of Fijaar was the most famous for its ferocity and consequences. It was fought between the Quraysh and the Qays tribes. As the Quraysh were a party, the Prophet (PBUH) also participated in it as a member of the tribe, but he did not raise his hands on any person. (Sunan Tirmizi, Bab Al-Manaqib, Bab Ma Ja’a Fi Bad’a AnNubuwwa)

The incessant chain of tribal battles had destroyed hundreds of families. Killing and cruelty had become traditions that tribes considered as their moral obligation to keep up. This situation created a desire in some persons for a reform. When people returned from the Battle of Fijaar, Zubayr bin Muttalib, who was the Prophet’s uncle and a leader of the family, raised this issue.

As a result, the families of Hashim, Zahra and Taym tribes gathered in the house of ‘Abdullah bin Jad’an and came to an agreement that they would support the oppressed and oppose the oppressor, to the extent of forcing him to leave Makkah, if necessary. (Tabaqat Ibn S’ad, Vol. 1, p. 82.)

(Mustadrak Haakim 2, pp. 219-220. Imam Zahabi has corrected this narration. Imam Bukhari in Adabul Mufrad and Baihaqi in Sunan have done the exegesis on this narration.) The Prophet (PBUH) had joined his uncle Abu Talib earlier in some of his business trips in which he had gained necessary experience for conducting trade.  Besides, his righteousness in dealings had become well known in the society. Hazrat ‘Abdullah bin Abil Hamsa, a Companion, related that once he had entered into a business dealing with the Prophet (PBUH) before his prophethood, which was not finalized yet.

He promised the Prophet (PBUH) that he would return after a short while, but he forgot about it. When he came back to the place of appointment after three days, he found the Prophet (pbuh) waiting there for him. The Prophet (pbuh) did not show any resentment for his failure to keep his word. He simply told him that he caused him inconvenience, for he kept on waiting for him there for all those three days.  (Sunan Abu Dawood, Kitabul Adab, Baab fil Wa’ad.) 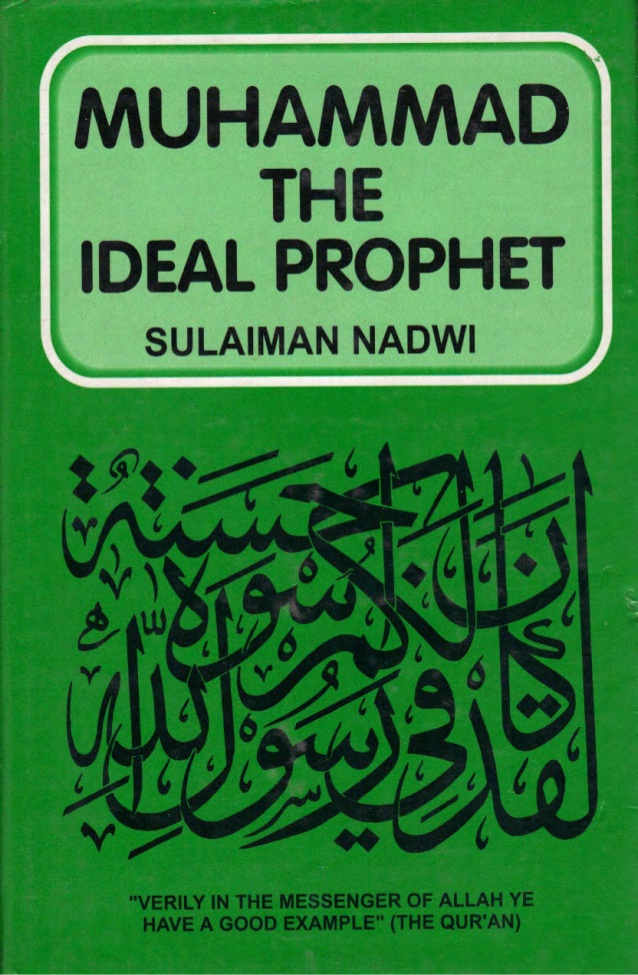 If you really get information  then are some more interesting articles for you: