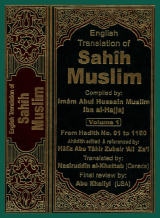 A BIOGRAPHY AND HADĪTH COLLECTION OF IMAM MUSLIM AND IT’S COMMENTARY.

Introduction Objectives Main Contents Imam Muslim’s Full Name, Birth and Parentage, Early Child-Hood and Travelling in Search of Knowledge, His teachers and pupils, His works and The Şaħīħ Muslim His Death

Imam Muslim was a great scholars of Hadīth literature. He spent most of his life learning, compiling, teaching and transmitting Hadīths. In this unit, we shall study a brief history of his life and assess his contribution to the Hadīth.

In the last we will able too  Give full name, linage and parentage of Imam Muslim  Relate Imam Muslim’s early childhood and travelling in pursuit of knowledge Mention the teachers and students of Imam Muslim: Discuss the contribution of Imam Muslim to Hadīth literature and  Review the book Şaħīħ Muslim and its Commentaries

He was Abul Hussain Şakhru`d-Dīn Muslim bn al-Hajjāj al-Qushayrī al-Nishabūrī popularly known as Imam Muslim. Imam Muslim, as his nisbah (lineage) shows, belonged to the Qushayr tribe of Arabia, an offshoot of the great clan of Rabī’a. He was born at Nishapur, one of the best cities of Khurāsan in Persia in the year 202 A.H/817C.E. His ancestors were said to have involved significant situations during the hour of the customary  Caliphs. His parents were very religious and his father, al-Hajjāj, was reported to have been a renowned scholar of Hadīth during his life time. As such, Imam Muslim, who was also a contemporary of Imam Bukhārī, was brought up in an atmosphere of piety.

Give full name, linage and parentage of Imam Muslim.

Early Child-Hood and Travelling in Pursuit of Knowledge Imam Muslim grew up as a saint of high caliber. His excellent moral character could be judged by the single fact that he never indulged in backbiting which has almost become the part of all human beings.He never told a lie or used offensive words. He spent his whole life on the path of righteousness and as a God-fearing person. He was blessed with a very good retentive memory. He started his education under his parent and in his birthplace which, at that time, had not only become a center of religion and knowledge but also had great scholars of high repute like Muhammad ibn Yahya al- Duhlī and Imam Ishāq ibn Rāhawayh. It should be remembered that Imam Bukhārī also visited and stayed in the city. , He started learning the holy Qur’ān with Arabic literature and grammar before beginning the study of Hadīth. He was said to have memorized the whole Qur’ān at the age of twelve. After he had exploded several avenues of knowledge, especially knowledge of Hadīth in his native land, Imam Muslim travelled to many other places with the aim of learning and collecting the traditions of the Prophet (Ş). He travelled to places like Hijāz, Egypt, Syria, Yemen, Iraq and Baghdad. He was said to have visited Baghdad many times and that his last visit was two years before his death. He also had the opportunity of delivering lectures in many of the places he visited. He helped immensely in the discussion of Hadīth and collected a great number of Hadīth from the scholars of Hadīth in the places he visited. When he finished his studies in the various centers of learning, he settled down at Nishapur where he later came in contact with Imam Bukhārī. He was so much impressed by Bukhārī’s vast knowledge and the insight he possessed on the subject of Hadīth that he kept himself attached to him till the death of the former. He could be said to be a true disciple of Imam Bukhārī. He devoted his rest of life in the service of Hadīth. He wrote many books and treatises on Hadīth and other related subject but his most famous and important work is the al-Musnad al-Şahīh which contains authentic collections of Prophet Muhammad’s traditions. Relate Imam Muslim’s early child-hood life and travelling in pursuit of knowledge.

His Teachers and Pupils

Imam Muslim studied under many Islamic scholars of his locale. He also visited many other places to drink from water of knowledge from the great scholars in them. Among those he learnt from are:

Also, many students benefited from Imam Muslim. His students spread all over different localities where they became prominence in the realm of Hadīth. His students include;

Enumerate the teachers and pupils of Imam Muslim

His Works:Imam Muslim was a prolific writer. He authored many works on the science of Hadīth and other fields of Islamic studies. His works include: 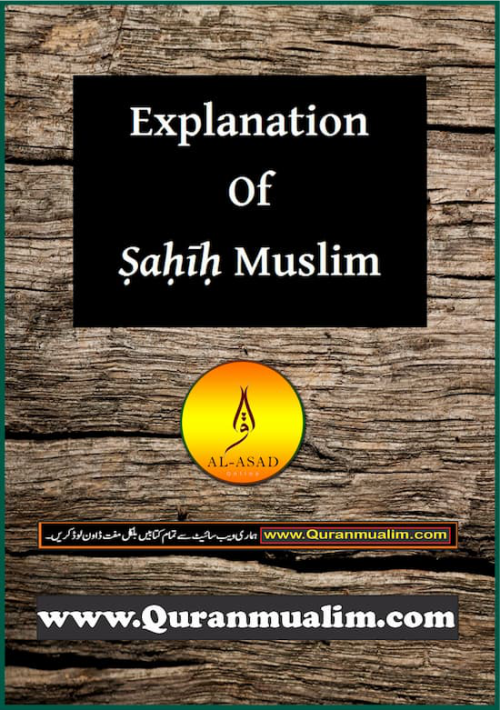 The most good and significant book composed by Imam Muslim is known as: al-Musnad A’ş-Şaħīħ al-Mukhtaşar mina ‘s-Sunnah (an assemblage of prophetic customs). Imam Muslim assembled 300,000 out of which he saw just 9,200 as legitimate.  One great feature of this book of Hadīth is that it contains only traditions of the Prophet which are free from defects and unanimously accepted by great scholars of Hadīth. It took him fifteen years to complete the compilation. After the compilation he presented the work to Abu Zurā‘ah for his perusal. Abu Zurā‘ah raised objection on some Hadīth and Muslim omitted them without argument. It was the desire of Imam Muslim to present authentic traditions of the prophet to the Mulism Ummah. Therefore he recorded only those Hadīth he considered valid among other scholars. This could be deduced from his introduction in the work that he recorded only what was unanimously accepted as authentic. Imam Muslim’s work is ranked next to Şaħīħ al-Bukhārī, though Şaħīħ Muslim was argued by many scholars to be superior to Şaħīħ al-Bukhārī, in the details of its arrangement. A reasonable number of scholars like al-Nawawī and Jalālu `d- Dīn al-Suyūtī have written commentary on Şaħīħ Muslim. Commentaries on the Şaħīħ Muslim  Şaħīħ Muslim is a highly authentic Hadith collection, several erudite Muslim scholars wrote commentaries on the work. A forerunner of such writers as Imam Yahya a`n-Nasāī . It has to be noted that Imam al-Nawawi was not the only scholar that wrote commentary on Şaħīħ Muslim. It is claimed that there are more than 70 commentaries on Şaħīħ Muslim as there are several commentators on the work. Other commentators include: Abu Amr Ibn Salah

An erudite scholar who commented on Şaħīħ Muslim was Abu ‘Amr Uthmān ibn Abdu `r- Rahmān Şalahuddīn al-Kurdī al-Shahrazūrī. He is popularly known as Ibn Şalāh. Born 577 A.H. (1181 C.E) in Sharazor which is presently a part of eastern Iraq. Ibn Salah started his education with his father who was also an Islamic specialist. He also traveled to many other countries and center of learning to study under different religious scholars. He was said to have traveled to places like Mosul, Baghdad, Hadedan, Naisaphur, Merv, Damascus, Allepo and Harran to acquire knowledge. He was most recognized for his contribution to the field of Hadīth. He taught the subject and other more at Şalahiyyah School in Jerusalem and Rāhawayh School in Damascuss. Researchers like Ibn Khallikān portrayed him as: ‘Model researcher of Quranic interpretation , Hadīth and Jurisprudence“. He was said to have died in Damascus in 643 A.H. (1245 C.E). His book of commentary on Şaħīħ Muslim is one of the great works which is best known for. The title of the book is Siyānah Sahih Muslim. This book is explanation of the Şaħīħ Muslim. Şiyānah Şaħīh Muslim is referred to by Yahyah al-Nawawi in his own explanation or commentary. Unfortunately, only the beginning section of Şiyānah Şaħīħ Muslim has been published. Muhammad Taqī Usmānī Justice (Retired) Allama Mufti Uthmani also authored a commentary work on Şaħīħ Muslim known as Takmilat Fath al-Mufhim. He is an Islamic scholar from Pakistan. He was born in Deoband, India in 1362 A.H.(1943 C.E.) and began his initial instruction from his dad, the late Grand Mufti of Pakistan.  He later received his Takhassus degree which is equivalent to PhD in Islamic education from Dāru `l-Ulūm, Karachi, in 1961; Master`s degree in Arabic literature in Punjab University and a bachelor of Laws (LLB) degree from Karachi University.He filled in as an appointed authority of the Federal Shariah Court of Pakistan from 1980 to 1982.  He also served as a judge on the Shariah appellate Bench of the Supreme Court of Pakistan from 1982 to 2002. He wrote numerous books and articles on vital Islamic topics in Arabic, Urdu and English. In recognition of Uthmani`s achievement in Islamic finance, he was given an award by the United Arab Emirates Vice-President and Prime minister, Muhammad ibn Rasheed al-Makhtoum during the annual International Islamic Finance Forum (IIFF) in Dubai in 2004. He is a member of different national and international organizations. He is one of the leading scholars living in our contemporary period. He is an expert in the field of Hadīth and other Islamic studies. The Takmilat Fath al-Mulhim is regarded as one of the best commentary on Şaħīħ Muslim.. Although, scholars like Imam Muhammad Zahid al-Kawthari regarded Shabir Uthmani`s incomplete commentary as a good commentary on Şaħīħ Muslim. A great number of scholars including Sayyid Abul Hassan Ali Nadwi acknowledged that Taqi Uthmani`s Takmilah is far better. This book of commentary explains the Hadīth in the Şaħīħ and in relation to that deals with numerous contemporary and modern issues with great mastery and authority.Abdul Hamid Siddique Mention could also be made of the Summarized Sahih Muslim which is the English translation of Şaħīħ Muslim by Abdul Hamid Siddique. This summarized version eliminates unnecessary repetitions, though many authors argue that the summarized form is stilted and contains scattered errors. There are extensive footnotes which are majorly useful.

The best commitment of Imam Muslim to the study of Hadīth was his assortment and compilation of his work popularly known as Şaħīħ Muslim or al-Musnad a`şŞaħīħ. It took him fifteen years to complete the compilation and it contains 9,200 Hadīths. Prominent scholars of Islam agreed that Şaħīħ Muslim is the most authentic work of Hadīth next to Şaħīħ al-Bukhārīī. Any Hadīth that Muslim and Bukhārī agreed on its authenticity in their works is regarded as the most authentic Hadīth among others.

He was Şakhru`d-Dīn Muslim bn al-Hajjāj al-Qushayrī al-Nishabūrī popularly known as Imam Muslim. His nickname is Abu `l Hussain. He was a pious person from religious Parents. He never indulged in backbiting. He had good retentive memory. He was one of the leaders of Hadīth transmitters and collectors.He was born in Nishapur in 202 A.H. and died 261 A.H. He travelled to Hijaz, Egypt, Syria, Iraq and other places in search of knowledge. He died in Nishapur. His popular work is Şaħīh Muslim. It consists of 9,200 Hadīths and it took him fifteen years to complete the compilation. Şaħīh Muslim is Regarded  by scholars of Hadīth as the most authentic compilations of Hadīth next to Şaħīħ al-Bukhārī. 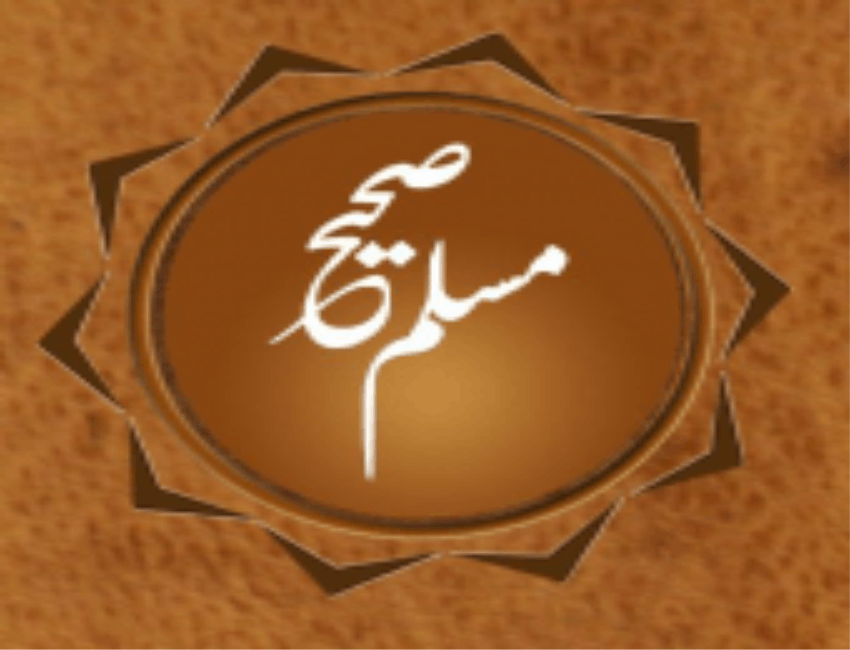