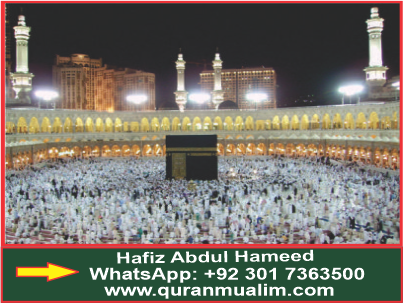 Basic rituals for Umrah / Hajj are the same for women, but following differences may be noted: 1.Ihram:Women should perform Wudu or Ghusl i.e. take bath and put on Ihram. They can wear any suitabledress of any colour so that her whole body is covered except her face and hands upto the wrist. Sheshould cover her head with scarf.

2.Talbiyah:A woman should recite Talbiyah silently i.e. in low voice which she can hear only.

4.Sa‘y:During Sa‘y women are not required to run or move fast between the green pillars. They should walkat normal pace.

5.Cutting of Hair:After Umrah or Hajj cutting of hair required by female pilgrim is about 1-2 Cm, taking care of headso that she does not expose her hair in presence of other persons.

6.Ramy (Stoning at pillars):If there is rush of people due to Hajj, women can stone after sunset i.e. during night (till morning prayer time) or they can appoint somebody to throw stones on their behalf.

Question Can a woman do Hajj without a Mahram?

Answer: No, she cannot do Hajj without a Mahram.(A Mahram is either her husband or close male relatives who are not permitted to marry her e.g. herfather, brother, uncle, son etc. The Mahram should be old enough to protect her.) 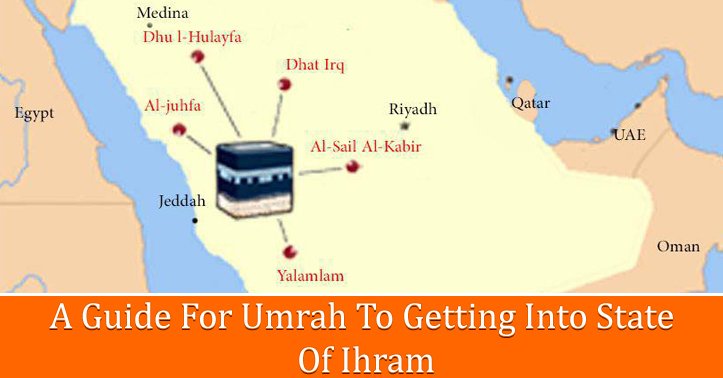 Menstruation is a normal process which women get every month, so they shoud follow theinstructions laid down in such cases.

Question If a woman puts on Ihram for Umrah and then starts to menstruate, what should she do?

Answer: In the olden days when Ka‘bah was separate from As-Safa and Al-Marwah hills, women wereallowed to do all the rituals of Umrah except Tawaf of Ka‘bah i.e. she can do Sa‘y, cut hair offingertip size (1-2 Cm) and take off Ihram. She had to wait, till menstruation stops, then take bath, puton Ihram again and do Tawaf of Ka‘bah. Nowadays As-Safa and Al-Marwah hills are inside the Al-Masjid Al-Haram, therefore, if a womangets menstruation after putting on Ihram for Umrah, she cannot do Tawaf or Sa‘y. She has to comeout of Ihram. When her menses stops, she should take bath, put on Ihram again to do Umrah.

If she had made the intention (Niyyah) that she will finish Ihram if she gets menses, she doesn’t haveany fine. If no such intention (Niyyah) was done, she has to sacrifice a goat or sheep when shefinishes Ihram. Therefore it is advisable that if women are not sure for the time of their menses, theyshould put on conditional Ihram i.e. make intention that if they will get menses during Ihram, theywill take it off, in that case there is no fine.

Question If a woman has done Umrah already and gets menses before the first day of Hajj i.e. 8th

Answer:She should take bath and put on Ihram for Hajj on 8th

Dhul-Hijjah and leave for Mina, then to Arafat,Muzdalifah and back to Mina with her group of people. She should complete all the rituals of Hajjexcept Tawafal-Ifadah. If her menstruation has stopped, she should take bath, put on another cleanIhram clothes (if first one is not clean) and do Tawafal-Ifadah and Sa‘y. Finally she should doFarewell Tawaf (Tawafal-Wida‘) before leaving Makkah.

Dhul-Hijjah and then getsmenstruation, what should she do?

Answer:If a woman gets menstruation after putting on Ihram of Hajj, she should go to Mina in Ihram and thento Arafat, Muzdalifah, and back to Mina. She should do all the rituals of Hajj except Tawafal-Ifadah.When her menstruation stops, she should take bath, put on another Ihram clothes and do Tawafal-Ifadah and Sa‘y. Finally, do Farewell Tawaf (Tawafal-Wida‘) before leaving Makkah.

Question If a woman is going to do Umrah and Hajj together (Hajjal-Qiran) and she gets menses at Meeqat,what should she do?

Answer She should take bath and put on Ihram for Hajj. She should go to Mina, Arafat and Muzdalifah and doall the rituals of Hajj except Tawafal-Ifadah. When the menses stop, she should take bath, put onanother Ihram clothes and do Tawafal-Ifadah and Sa‘y. Her Tawafal-Ifadah will be sufficient to coverthe Tawaf of Umrah which she missed due to menses.If she likes to do Tawaf of Umrah also which she has not done because of menses, she can do thatlater on. For this Tawaf of Umrah, she has to put on Ihram outside the Haram boundaries likeTan‘eem (a place about 5 km away from Haram in Makkah). Finally she has to do Tawafal-Wida‘ before leaving Makkah.

Question If a woman gets menstruation at Mina on 10th

Answer: If a woman gets menstruation on 10th

Dhul-Hijjah) till menses stop, then she should take bath, put on another clean Ihram clothes to doTawafal-Ifadah and Sa‘y. Finally Tawafal-Wida‘ before leaving Makkah. 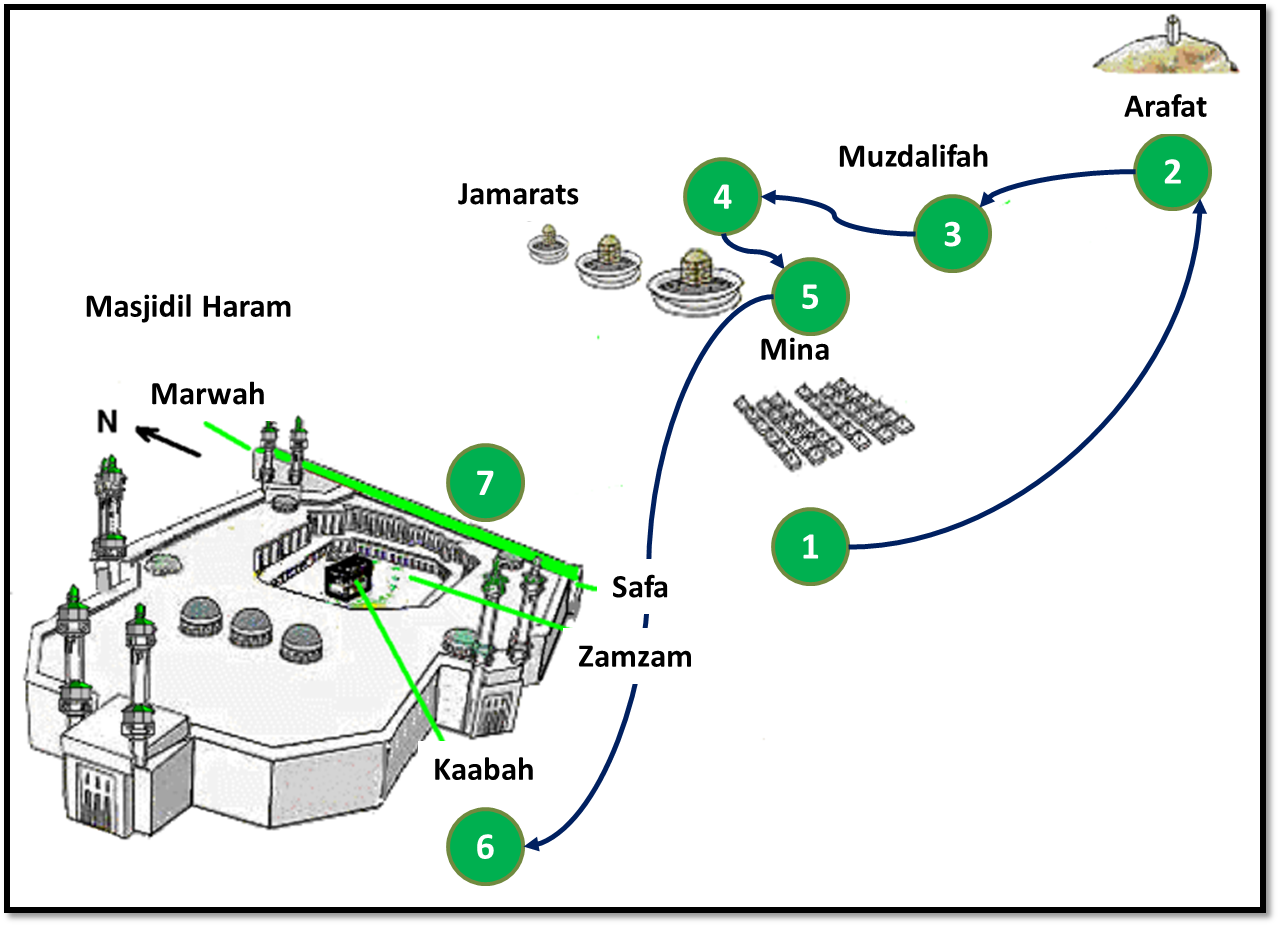