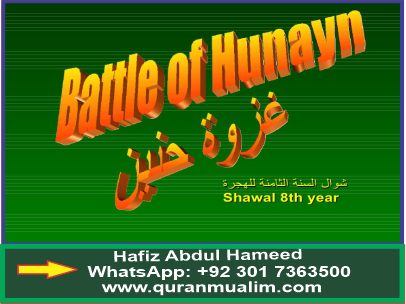 The event of Hazrat Tufayl Dawsri’s acceptance of Islam has been discussed earlier. When he was returning home after accepting Islam, he requested the messenger (PBUH) to pray so that his tribesmen accepted Islam at his invitation. The messenger (PBUH) prayed for him in these words: “Lord! Establish Tufayl as a sign.” After reaching home, he met his old father and told him: “Father, now neither I am yours, nor are you mine.” Upon his father’s inquiry, he explained to him that he had accepted the religion of The messenger (PBUH) and became a Muslim. His father said, “Whatever is your religion,that is mine, too.” Happily, Tufayl asked him to take a bath and wear clean clothes. He then helped him profess Islam. Then his wife came to meet him. He told her the same thing and she also accepted Islam. After that he started preaching Islam to his people in general, but they did not respond favorably. (Zadul Ma’ad, 3: 625.)

He then instructed Tufayl, “Go, call the people to the religion of Allah and treat them with softness and love.”

This time Tufayl’s preaching was met with a better response. In the fifth Hijri he came to Madinah with seventy to eighty persons who had accepted Islam at his invitation. But as the Prophet (pbuh) was in Khaybar, he went there and met The messenger (PBUH). All his companions met The messenger (PBUH) there for the first time. ( Zadul Ma’ad, 3: 625-26. ) Hazrat J’afar, the Prophet’s cousin, also came to Taif with new Muslims from Habash (Abyssinia) and met him there. The arrival of Hazrat J’afar from Habash and of Hazrat Tufayl bin ‘Amr from Yemen was a divine sign to the Jews of Khaybar that when the Prophet’s message was spreading in such far-off lands, their opposition to Islam on the strength of forts and such material resources was futile. (Rahmatullil ‘Aalameen, 1: 163.)

1 thought on “When did Dawsri delegation accept Islam?”