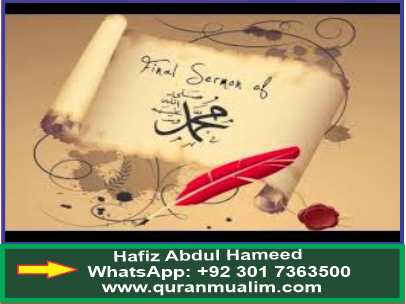 As narrations recorded in the books of Ahadeeth suggest, the deputations of the Christians of Najran seem to have come to the Prophet (PBUH) two times. The details are as follows:

The First Narration: It is mentioned in the narration of Abu ‘Abdullah Haakim that the Prophet (PBUH) wrote a letter to the people of Najran to invite them to Islam. When Usquf (the Bishop) read it, he started shivering. He immediately called Sharjeel bin Wada’a who was from the Hamdaan tribe and was so powerful that the ruler, or his advisor, or the clergy did not take a decision without consulting him. The Bishop gave him the letter and after letting him read it, he asked him, “Abu Maryam! Tell me what do you think (of this letter)? Sharjeel replied, “As you know, God had promised to Prophet Ibraheem (Alayhisalaam) that the children of Ismail (Alayhisalaam) will also be blessed with prophethood. This may be the person (who has been blessed with prophethood). But since this is a matter relating to prophethood, what can I suggest! Had it been a worldly matter, I could have given my suggestions.” The Bishop then asked him to take a seat. After it he called another person called ‘Abdullah bin Sharjeel who was from the Hemyar tribe, and sought his opinion after showing him the letter of the Prophet (PBUH). He also gave the same reply. The Bishop then called the third person, Jabbar bin Qays, who was from Banu AlHarith bin Ka’ab tribe. He showed him the Prophet’s letter and sought his opinion, too. He, too, gave the same reply.

Seeing that none was able to help, the Bishop ordered to ring the church bells and to hang curtains of sackcloth over the church, which was a way to announce that an emergent situation had befallen, if it was daytime. At night the bells were rung and fire was ignited at a hill. Seventy-three villages were under this church, which contained more than 100,000 men who were adept warriors. The expanse of the upper side and the lower side of the valley was as wide as a horse rider could cover in a day. When the people of the area, who were Christians, gathered there, the Bishop read to them the letter of the Prophet (PBUH) and asked them what to do about it. It was decided after consultation that Sharjeel, or ‘Abdullah, or Jabbar should be sent to Madinah to meet the Prophet (PBUH) and find out necessary details.

“Verily, the likeness of ‘Isa (Jesus) before Allah is the likeness of Adam. He created him from dust, then (He) said to him: ‘Be!’ – and he was This is the truth from your Lord, so be not of those who doubt.Then whoever disputed with you concerning him [‘Isa (Jesus)] after (all this) knowledge that has come to you [i. e. ‘Isa (Jesus) being a slave of Allah, and having no share in Divinity], say: (O Muhammad, (pbuh)) ‘Come, let us call our sons and your sons, our women and your women, ourselves and yourselves – then we pray and invoke (sincerely) the Curse of Allah upon those who lie’” [Aale ‘Imraan, 3: 59-61]. 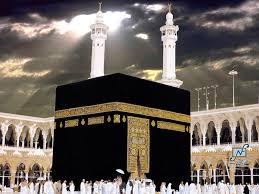 The Christians stepped aside for consultation. Sharjeel suggested, “It is not easy to form an opinion about Muhammad. In fact, we are representing here the people of the whole valley. I think that if Muhammad (PBUH) is a king, even then it is not proper to enter into a Mubahila with him, because then of all the Arab tribes we alone will become the thorn of his eyes. But if he is a prophet in line with the previous prophets, then after his invoking a curse in Mubahila we will surely be doomed forever. In my opinion the best for us is to surrender to him and agree to pay Jizya to him, because, as I understand, he is not a harsh person.” The two companions agreed with Sharjeel, and accordingly they informed the Prophet (PBUH) that instead of entering into Mubahila, they would like the Prophet (PBUH) to fix an amount of Jizya for them.

Next day an amount of Jizya was fixed for them and a document of agreement was prepared according to which the Prophet (pbuh) gave them very generous concessions. This document was written by Hazrat Mugheera, a Companion, and had the names of Abu Sufyan bin Harb, Ghaylaan bin ‘Amr, Maalik bin ‘Awf, and Aqra’ bin Haabis as witnesses.

The deputation then returned to Najran. The Bishop and other dignitaries came out to the distance of a stopover to welcome them. The deputation gave the document of agreement to the Bishop. While walking, he started reading it. His cousin Bishr bin Mu’awiya, popularly known as Abu ‘Alqama, was also looking at the document. He became so engrossed in reading it that he lost balance and fell off his camel. In rage, he said, “Woe to the person who has put us in such distress.” He referred to the Prophet (PBUH). The Bishop quickly warned him, “Watch your words! By God, he is a Prophet in line with the previous Prophets (Nabiye Mursal).” 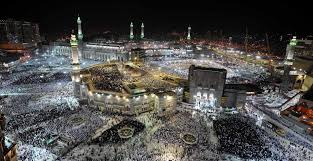 Bishr was shocked to hear the words of the Bishop and suddenly declared, “By God, I will now unsaddle my camel only after meeting him.” Saying this, he turned his camel toward Madinah and set out to meet the Prophet (PBUH). The Bishop came after him and tried to stop him by saying, “Listen to me and try to understand my intention. I said this (that Muhammad (PBUH) was a true Prophet) to cover up so that the tribes under our influence do not blame us for accepting the terms set by Muhammad (PBUH), although the other tribes, which are lesser than us in strength and honor, have not surrendered to him yet. But Bishr continued his journey and replied to the Bishop, “No, I will not stop now. You could never say such a thing unless you know it at heart that it is true.” He reached Madinah and after accepting Islam, stayed there in the Prophet’s company until he met his death as a martyr.

When the deputation reached Najran, a monk (Raahib) who had taken a life of seclusion and lived in the upper part of the church for years, came to know about the Prophet (PBUH) from someone. He started calling people aloud to take him down immediately and threatened to jump down from the upper storey where he used to live, if they delayed. Coming down, he also set out to meet the Prophet (PBUH) with presents. When he reached Madinah, he presented to the Prophet (pbuh) a bowl, a stick, and a sheet of cloth. That sheet was preserved up to the days of the ‘Abbasid Caliphs. He stayed in Madinah for some time, learned the teachings of Islam, and then went to Najran with the permission of the Prophet (PBUH). He also promised to return. 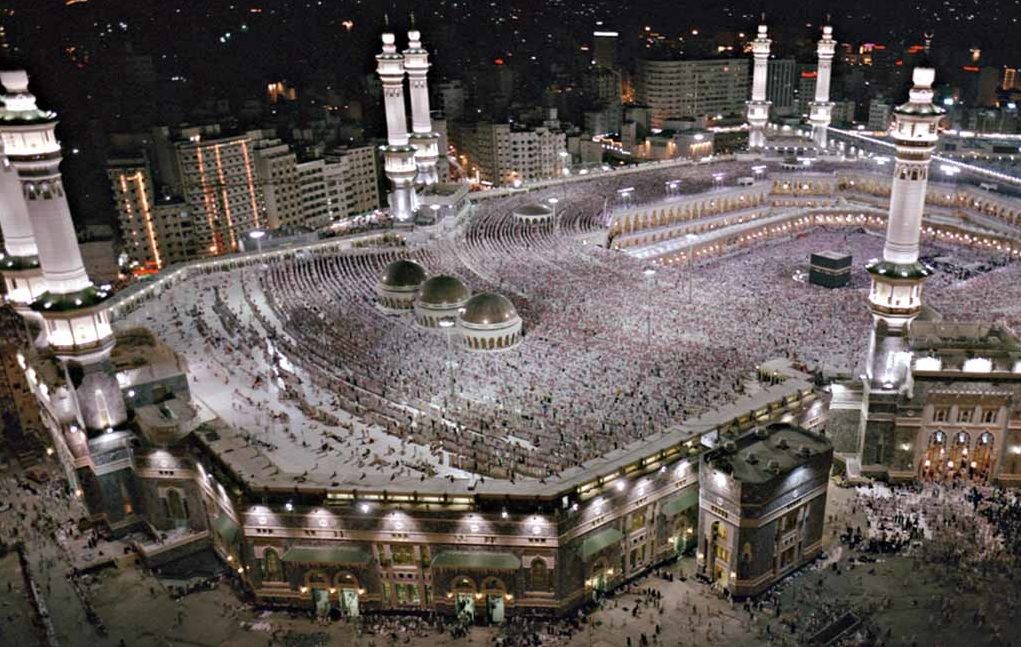 The Second Narration: After some time the Bishop Abul Harith, the head of the church, came to meet the Prophet (pbuh) with a deputation. He was held in high esteem even by the Roman emperor of Qustuntuniya (Constantinople) and was considered a godly person of distinguished spiritual power. He was believed to have performed miracles on occasions, and was considered qualified enough to function as Renovator (Mujtahid) in religion. With him was a person named Ayham, who was a judge and ruler of an area. He was also called Sayyid. Also, with him was ‘Abdul Maseeh, popularly called ‘Aaqib, the chief and governor of the whole area. There were twenty-four chiefs in this deputation and the total number of members of the deputation was sixty, all of whom were mounted. They reached the Masjide Nabawi at the time of ‘Asr Salah (Afternoon Prayer), when it was the time of their prayer too (perhaps it was a Sunday). The Prophet (PBUH) granted them permission to offer their prayers in the Masjid, where they said their prayers facing east. Some Muslims wanted to stop them from praying in Masjid in the Christian way, but the Prophet (PBUH) forbade the Muslims from doing so.

The Jews of Madinah also came to see them and sometimes exchanged views with them. Once, when the Prophet (PBUH) was present on the scene, the Jews said that Prophet Ibraheem (Alayhisalaam) was a Jew, while the Christians said that he was a Christian. Upon it the following verse was revealed in the Qur`an:

“O people of the Scripture (Jews and Christians)! Why do you dispute about Ibraheem (Abraham), while the Taurat (Torah) and the Injeel (Gospel) were not revealed till after him? Have you then no sense?

“Verily, you are those who have disputed about that of which you have knowledge. Why do you then dispute concerning that of which you have no knowledge? It is Allah Who knows, and you know not. Ibraheem (Abraham) was neither a Jew nor a Christian, but he was a true Muslim Haneefa (Islamic Monotheism – to worship none but Allah alone) and he was not of Al-Mushrikun.

“Verily, among mankind who have the best claim to Ibraheem (Abraham) are those who followed him, and this Prophet (Muhammad, bpuh) and those who have believed (Muslims). And Allah is the Wali (Protector and Helper) of the believers” [Aale ‘Imraan, 3: 65-68].

On another occasion the Jews asked the Prophet (PBUH) (with an intention to criticize both the Muslims and the Christians): “O Muhammad! Do you want us to worship you as the Christians worship ‘Isa (Alaihisalaam)?” A Christian also added, “Yes, is this your ultimate aim and do you call people toward this faith?” The Prophet (pbuh) replied, “I seek refuge in Allah that I worship anybody other than Him or call anybody to worship anyone other than Him. Allah has not sent me with this message. Upon it the following verse was revealed in the Qur`an:

“It is not (possible) for any human being to whom Allah has given the Book and Al-Hukm (the knowledge and understanding of the laws of religion) and prophethood to say to the people: ‘Be my worshippers rather than Allah’s.’ On the contrary (he would say): ‘Be you Rabbaniyyun (learned men of religion who practice what they know and also preach others), because you are teaching the Book, and you are studying it. Nor would he order you to take angels and prophets for lords (gods). Would he order you to disbelieve after you have submitted to Allah’s Will?’” [Aale ‘Imraan, 3: 79-80]. 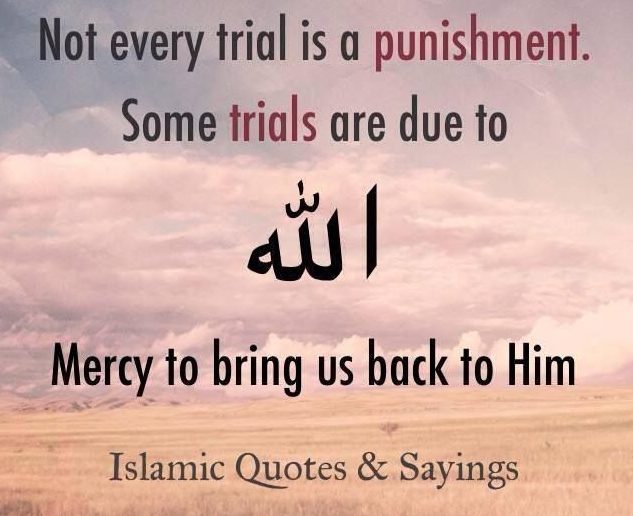 Muhammad bin Suhayl related that the first eight verses of the Chapter ‘Aale ‘Imraan were revealed to the Prophet (pbuh) during the presence of this deputation in Madinah. When they got ready to depart, they again obtained from the Prophet (pbuh) a document of agreement that had additional clarifications about the status of the church and the priests. ( Zadul Ma’ad, 3: 629-637, Dalaelun Nabuwwah, 5: 382-393, Ibn Hisham, 1: 573- 584, Ibn S’ad, 1: 357. ) They further requested that an honest person should be sent with them who could collect Jizya from them. The Prophet (PBUH) sent Hazrat Abu ‘Ubayda bin Jarrah and told them, “This person is the Ameen (Trustworthy) in my Ummah.” (Sahih Al-Bukhari, Kitabul Manaqib. )Due to the presence of Hazrat Abu ‘Ubayda in that area, Islam spread there.

5 thoughts on “What orders to The Najran delegations did give ?”