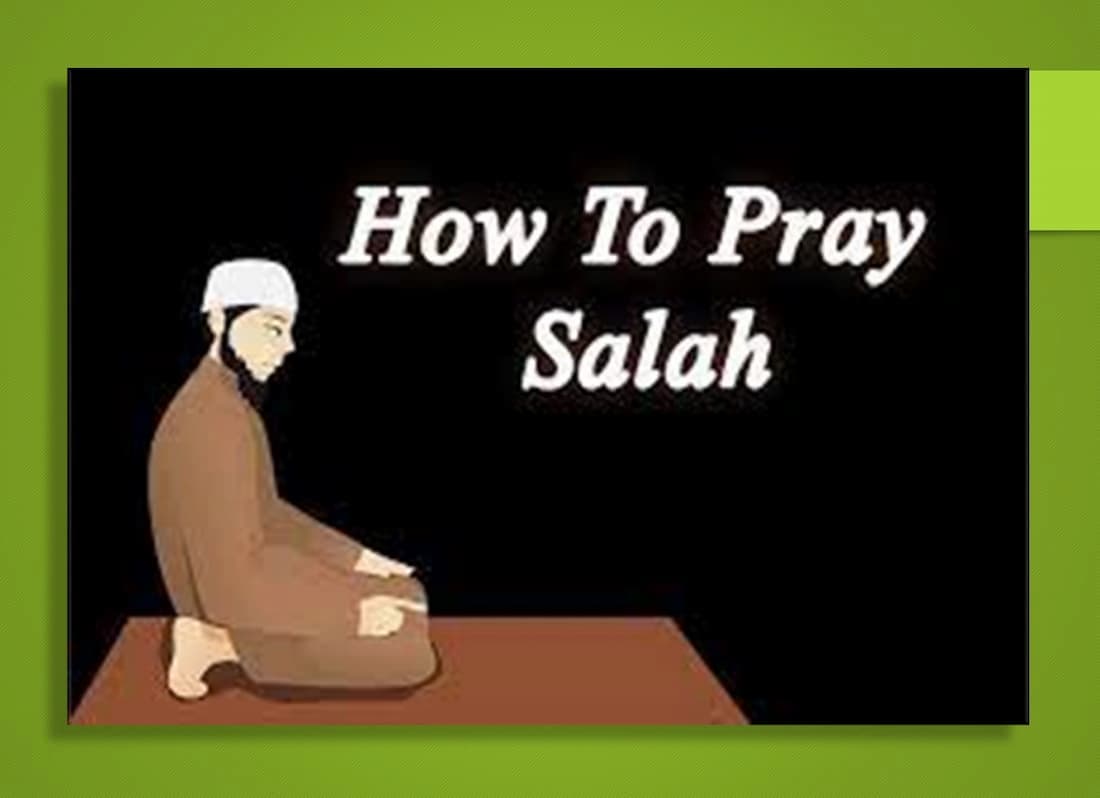 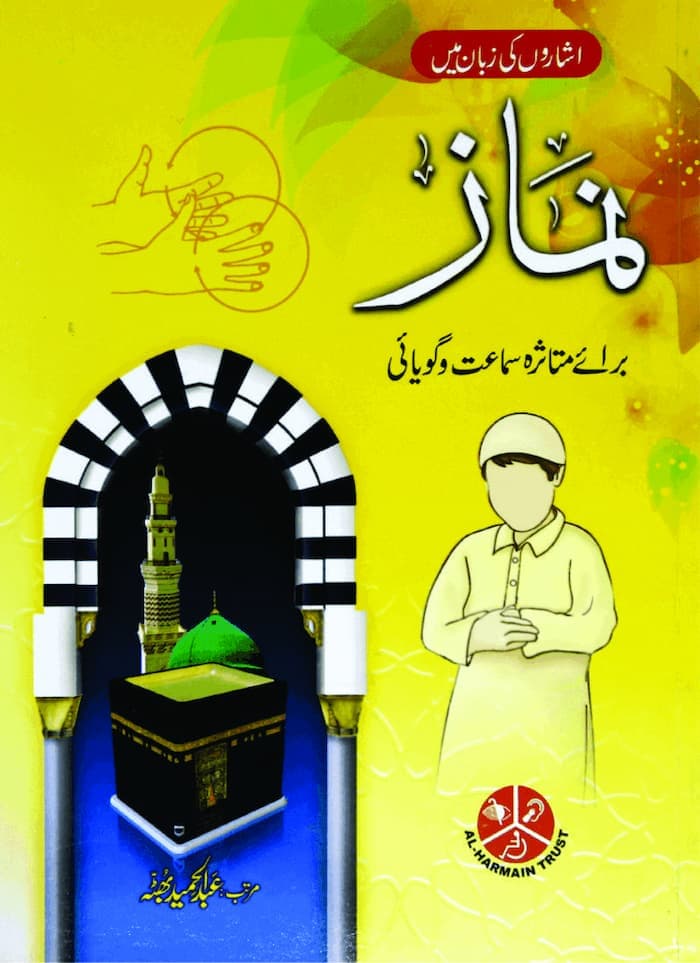 In the second book of Salah (complete method of salah).What do we learn?

In the Third book of Salah, What do we learn? How to Perform Salah (Namaz)? Learn Islam

In the Forth book of Salah, In this book (How to Perform Salah (Namaz)? Learn Islam) there are: Two chapters, Abulation detial, In the second chapter, Types of Prayers and Number of Rakat 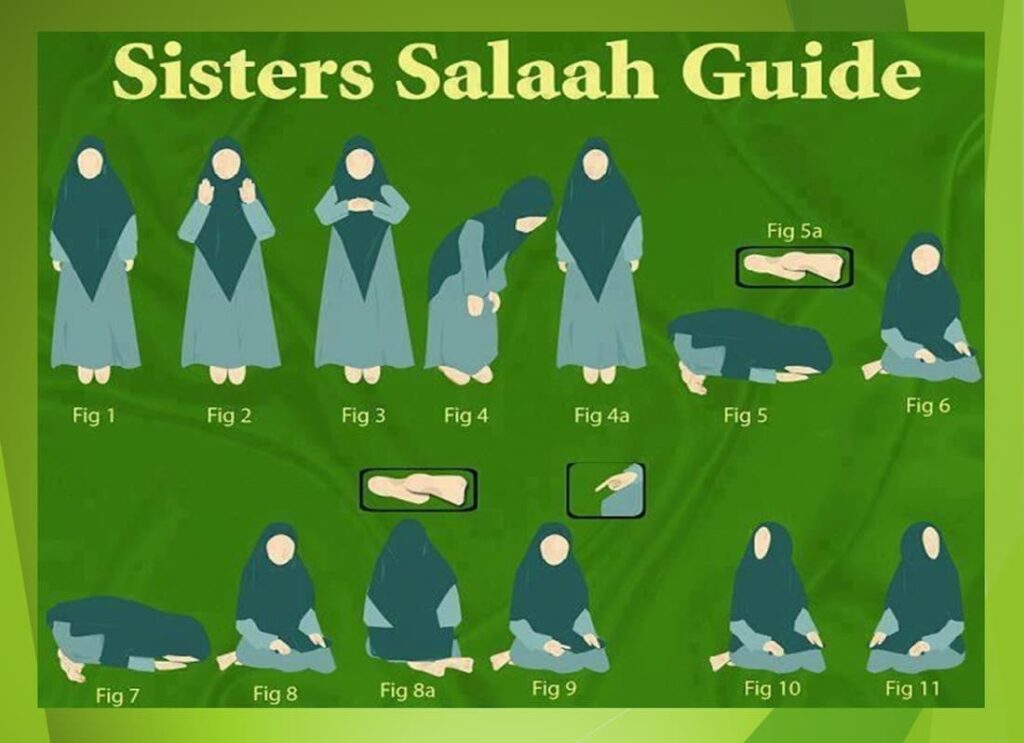 THE Messenger of Allah said that Namaz is the key of success. Namaz has many benefits. The holy prophet said that method of Namaz (Preayers)  is the difference between muslims and kafir. When we will Stand for salah then we will erect facing the Qiblaĥ in the state of Wuḍū with a distance of four fingers between feet. Now raise your  hands and  touch the ear-lobes. Fingers should neither be too close together nor too wide apart; instead, they should remain in a normal position, palms facing the Qiblaĥ. Eyesight should be focused at the place of Sajdaĥ.

Now make a firm intention (in your heart) of the Ṣalāĥ that you are about to offer. To say it verbally is better . If you are in a Jamā’at, add the words “following this Imām.” Now, utter Takbīr-e-Taḥrīmaĥ  lowering your hands and fold them below navel with right palm on the back of left wrist joint, three middle fingers straight on the back of left forearm and thumb and small finger catching the wrist both side . Now recite Šanā like this:

Glory is to You Yā Allāĥ  ! I praise You, Blessed is Your name, Your greatness is lofty and none is worthy of worship except You. Then recite the Ta’aw-wuż:I seek refuge of Allah   from the accursed satan. Then recite the Tasmiyaĥ(bismillah): Commencing with the name of Allah,  Most Merciful.

Then recite the whole of Sūraĥ Fātiḥaĥ: All praises due to Allah, Sustainer of the entire creation. The Most Compassionate, Most Merciful. Owner of the Day of compensation. May we worship only Allah , and seek help from only Allah . Enable us to walk the straight path.

The path of those people whom You have blessing upon them . Not of those who have been subjected to wrath, and not of those who went astray.After you finish Sūraĥ Fātiḥaĥ, utter (Āmīn) in low volume and then recite either three short Ayaĥs or one long Āyaĥ that is equivalent to three short Ayaĥs or any Sūraĥ such as Sūraĥ Ikhlāṣ.  Commencing with the name of Allah, Most Compassionate, Most Merciful. Declare He is Allah, He is one. Allah is absolute self-reliant. He has no progeny, nor is He born from anyone. And there is none equal to Him.

Now bow down for Rukū’ uttering   SUBHANA RABI YAL AZEEM .Hold knees firmly with both palms and keep fingers spread out. The back should be straight and head should also be in the straightness of the back (not lower or higher than the back); in Rukū’, focus eyesight at feet. Recite at least three times in Rukū’. Then utter the Tasmī’ SUBHANA RABI YAL AZEEM and stand erect; the standing after Rukū’ is called Qawmaĥ.

If you are a ( O Allah ! O our Rab All praises are for You only.)Munfarid then utter Then, go down for Sajdaĥ uttering placing your knees first on the ground, then hands and then head (nose first and then the forehead) in between your hands. Make it sure that your nasal bone (not just the tip of your nose) and your forehead properly rest on the ground; in Sajdaĥ, focus eyesight at nose; keep arms separated from sides, belly from thighs and thighs from shins (but if you are in a Jamā’at then keep arms close to sides).

The tips of all ten toes should be towards Qiblaĥ with their soles flattened with the ground. Your palms should be flat on the ground with fingers facing Qiblaĥ, but do not keep the forearms touching the ground. Now recite at least three times; then lift your head  (forehead first then nose), then hands and sit up straight; keep your right foot upright with its toes facing Qiblaĥ; lay your left foot flat and sit on it; place your palms on your thighs close to your knees with your fingers facing Qiblaĥ and their tips by the knees.  Sitting in between two Sujūd is called Jalsaĥ. One must stay in this position for at least the amount of time in which SUBHANALLAH can once be uttered to utter (Yā Allāĥ forgive me.”)in Jalsaĥ is Mustaḥab.

Now, perform the second Sajdaĥ uttering SUBHANA RABI YAL AALAH in the same way as the first one.   Now, raise the head first; then stand up with the support of your toes placing your hands on your knees. Do not lean hands unnecessarily on the ground while standing up. You have now completed one Rak’at.

All types of worship i.e. oral, physical and monetary are for Allāĥ Salutation be upon you Yā Nabī and the mercy and blessings of Allāĥ  . Salutation be upon us and the pious men of Allāĥ .I testify that there is none worthy of worship except Allāĥ  and I testify that Muḥammad is His (distinguished) Servant and Rasūl When you are about to utter the word LAA  in Tashaĥĥud, form a circle with the middle finger and thumb of your right hand and put the tips of your ring-finger and the pinkie at palm; as soon as you begin to utter the word “LAA” (immediately after raise your index finger without waving it side to side.

When you reach put it down and straighten your all fingers out instantly. If you are offering more than two Rak’āt, stand up erect and saying .If it is Farḍ Ṣalāĥ, recite only and Sura-e-Fātiḥaĥ in the third and fourth Rak’āt, an additional Sūraĥ is not needed. The rest of the acts must be performed in the same way as before.

Then recite any Du’ā  (Ya  Allah ) Grant us best  in this world and best  in the next world and save us from the torment of hell-fire. Then, to finish the Ṣalāĥ, first turn face towards right shoulder saying and then towards left shoulder saying the same words. Now your Ṣalāĥ has completed. (Baĥār-e-Sharī’at, pp. 504-506, vol. 1, etc.) HERE I, did attatch 3 books of  method of Namaz (Preayers)

In the first the book of Salah .In this book writer did brief with pictures and with Graf .This is the best book method of Namaz (Preayers) (My Salah)

Related Topics: If you really enjoy this article, then there are some more informative posts for you! 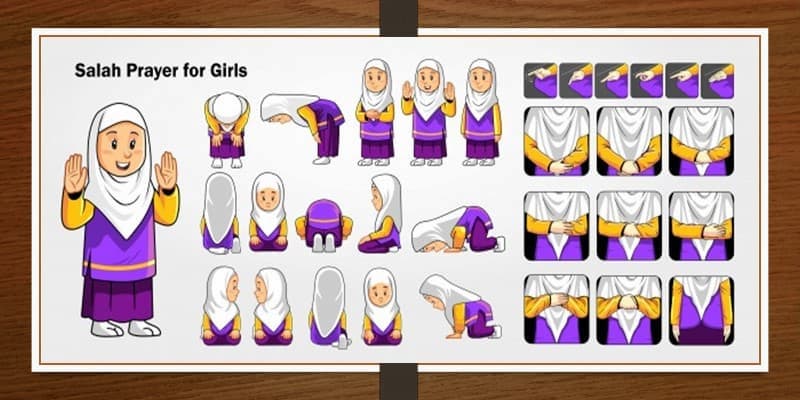