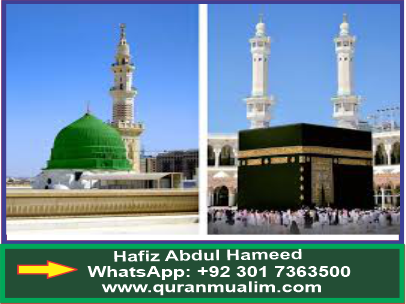 The first person from the Thaqeef delegation tribe who had come to the Prophet (PBUH) to learn about Islam was Hazrat ‘Urwa bin Mas’ud Thaqafi. He was the chief of his tribe and had represented the Makkans on the eve of the Peace Treaty of Hudaybiya. After the battle with the Hawazin and Thaqeef tribes, he, by virtue of Allah’s guidance, traveled to Madinah and accepted Islam. He had ten wives. The Prophet (pbuh) instructed him to keep four of them and divorce the rest. He did accordingly. ( Dalaele Nabuwwah, 5: 299, Zadul Ma’ad, 3: 498. ) This incident bears evidence that Islam does not promote polygamy. It has, in fact, restricted it.

After learning about Islam well, Hazrat ‘Urwa asked the Prophet’s permission to return to his people and preach Islam to them. The messenger(PBUH) warned him that his people would kill him. He told the messenger (PBUH) that he was truly the beloved of his people and had nothing to fear. He returned to his tribe and started preaching Islam among them. One day when he was engaged in Salah on the roof of his house, somebody shot an arrow at him, due to which he breathed his last. (Mustadrak Haakim, 3: 713.) 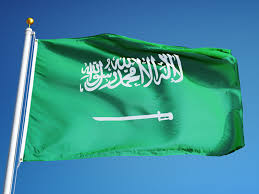 “I do not forbid you from extending courtesy to your tribesmen, but let them stay at a place where they may hear Qur`an.”

Therefore, tents were pitched for them in the Masjid where they listened to the Qur`an and also saw people offering Salah. This had a positive effect on them and convinced them about the truthfulness of Islam. They decided to accept Islam, but before it, they requested The messenger (PBUH) that they should be excused from the duty of offering Salah. The messenger (PBUH) replied,

“There is no good in a religion if it does not have Salah in it.”

Then they said, “Well, then we should be exempted from serving in Jihad and paying Zakah (Poor-due).” The messenger (PBUH) accepted these terms and assured the Companions that after entering into Islam Banu Thaqeef would themselves follow those injunctions, too. (Sunan Abi Dawood, Kitabul Kharaaj, Bab Majaa` fi Khabar AlTaif.)   Kananata ibn ‘Abdyalayl, the leader of Thaqeef, asked the following questions to the Prophet (pbuh) on different occasions in this journey:

“Come not near to unlawful sex. Verily, it is a Faahishah (i. e. anything that transgresses its limits: a great sin), and an evil way that leads one to Hell unless Allah forgives him)” [Al-Isra`, 17: 32].

you who believe! Intoxicants (all kinds of alcoholic drinks), and gambling, and Al-Ansaab and Al-Azlaam (arrows for seeking luck or decision) are an abomination of Shaitan’s (Satan) handiwork. So avoid (strictly all) that(abomination) in order that you may be successful” [Al-Maaidah, 5: 90]. 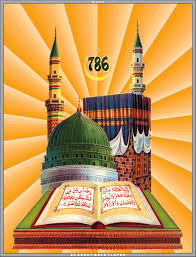 Next day he came to The messenger (PBUH) and said, “We accept what you told us yesterday. But what about Rabba? Rabba is the feminine gender of Rabb and referred to the goddess that they worshipped. The messenger (PBUH) said, “Demolish it.” He said nervously, “Oh, if the Rabba learns that you intend to demolish it, it will surely bring destruction upon us.” Hazrat ‘Umar® thereupon spoke to him, “So sad, O Ibn ‘Abdyalayl! Do you not understand this much that Rabba is just stone?” Unable to answer, Ibn ‘Abdyalayl retorted, “‘Umar! We are not here to talk to you.” Then he turned to The messenger  (PBUH) and said, “ You take the responsibility of demolishing it, for we will never do it.” The messenger (PBUH) said, “I will send someone to do the job.” A member of the deputation added, “Send that person after us, not with us.” All the members of the deputation accepted Islam and requested The messenger (PBUH) at the time of departure that he should appoint an Imam for them. A member of the deputation, ‘Uthman bin Abul ‘Aas, had utilized his time in Madinah to learn the Qur`an and the injunctions of Islam from the Prophet (PBUH) or from Abu Bakr. The messenger  (PBUH) appointed him the Imam.

While in the way, the members of the deputation consulted one another and decided to conceal their Islam from their people for some time. Upon their return, when the people of their tribe inquired about the outcome of the delegation , they said, “We encountered there a person who was harsh-natured and sharp-tongued and who asked us to do things, such as breaking down Laat and ‘Uzza, giving up dealing in usury, and treating drinking and adultery as unlawful, which we firmly refused. The members of the delegation then told their tribesmen to prepare their arms, get ready for fighting, and repair the fort. For two days they kept quiet. The third day the tribesmen started talking among them that when the whole Arabia was surrendering toThe messenger (PBUH), how it would be possible for them alone to oppose him. They asked the members of the deputation to go back toThe messenger (PBUH) and accept peace on whatever terms he offered it.

The members of the deputation then told their people: “Now we tell you the truth. We found The messenger (PBUH) perfect in piety, observance of promise, mercy, and truthfulness. We all, you included, received great blessings from this journey.” The tribesmen complained, “Why did you hide it from us and thus put us under such stress?” The members of the deputation replied, “Just to make sure that you discard your arrogance.” Then they accepted Islam.

After a few days the team sent by The messenger (PBUH) to demolish the idols reached Taif under the leadership of Hazrat Khalid. When they got ready to demolish the idol of Laat, men and women and the children of Thaqeef assembled out of curiously to watch. When Hadhr Tamgheera bin Sh’oba launched the first strike on the idol, he by chance slipped and fell down. The people of Thaqeef, still weak in faith in Islam, shouted and said, “God pushed down Mugheera, and Rabba killed him.” They also said, “No matter what you do, you cannot demolish it.” 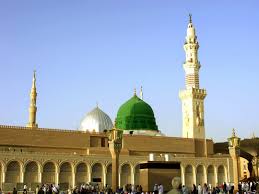 Hazrat Mugheera bin Sh’oba told the people, “O people of Thaqeef! How foolish you are! What can this piece of stone do? Take refuge in the security provided by Allah and worship Him alone.” Then he closed the door of the temple and broke down the idol. After that he climbed the walls and started dismantling them. The other Muslims also joined him in dismantling the walls. Soon the place of worship of the idol Laat was down to earth. The priest of the idol said, “The foundation of the temple will surely destroy the Muslims.” Hazrat Mugheera heard it and he dug up the foundation, too. This incident helped in the strengthening of the Islamic faith in the hearts of the people of Taif. (Zadul Ma’ad, 3: 596-599, Dalaele Nabuwwah lil Bayhaqui, 5: 299-304.)

LEARN MORE: There are some more informative arcticles for you!

1 thought on “What did The Messenger give to The Thaqeef Delegation?”