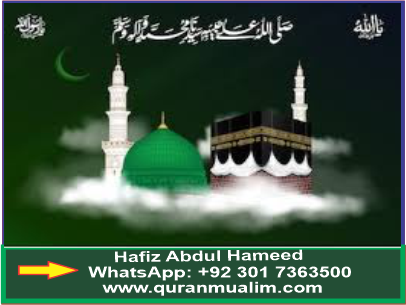 After settling down in Madinah, the first thing the Prophet (PBUH) did was to construct a Masjid. Until then he used to pray in the area where domestic animals were kept. There was a piece of land close to his residence belonging to Bani Najjar, which had some graves in it and some date trees. The Prophet (PBUH) wanted to buy it for constructing a Masjid there. The people of Bani Najjar said that they would take the price not from him, but from Allah. As that piece of land belonged to two orphan boys, the Prophet (PBUH) called them and expressed his desire to buy their land. They also wished to gift it to him, but he did not accept. Hazrat Abu Ayyub Ansari® paid the price to the boys, after which the graves were leveled, and the construction of the Masjid began. The Prophet (PBUH) again joined his Companions as a laborer participating in the construction work. The Companions used to fetch stones to the site and sing:

O Allah! Success in the Hereafter is the only success O Allah! Show mercy to the Ansar and the Muhajireen. 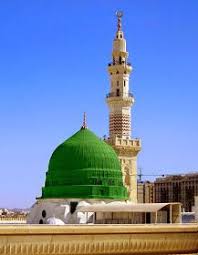 This Masjid was free from all extravagance and reflected Islam’s simplicity. It was constructed of unfired bricks, and had a roof of date-tree leaves and pillars of date tree. Its Qibla (the direction the devotees faced in prayers) was toward Baitul Maqdis. (Zadul Ma’ad, 3: 63.) But when the Qibla was changed toward K’aba, a new door was opened toward the north. The floor was unpaved which used to get muddy during rain. Once when the Companions came for offering prayers, they brought gravel with them and spread it at the place where they prayed. The Prophet (PBUH) liked it and thus all the floor of the mosque was graveled. In a corner of the Masjid there was a roofed platform, which was called Suffa. This was the home of the new Muslims who did not have a place to live.

When the construction of the Masjid was completed, the Prophet (PBUH) got family quarters for his wives constructed adjacent to it. By that time Hazrat Sawda and Hazrat Aisha had entered into marriage with the Prophet (PBUH) and so two such houses were constructed. When the Prophet (PBUH) took other wives, new houses were constructed for them. These houses were made of unfired bricks, and five of them were thatched with the branches of date trees. The other houses, which were also made of unfired bricks, had rooms inside them, which were thatched with the branches of date trees. These houses were in the following order: the houses of Umme Salma, Umme Habiba, Zaynab, Juwayriya, Maymuna, Zaynab bint Jahash were toward the Shami side, while the houses of Hazrat Aisha, Safiya, and Sawda were on the opposite side. These houses were so close to the Masjid that when the Prophet (PBUH) retired to the Masjid for E’tekaaf (seclusion in Ramadan), he used to stretch his head outside which the holy wives washed. These homes were six to seven hands wide and ten hands long. The roof was so low that a person could easily touch it while standing. The door curtain was made of blanket. (Seeratun Nabi, 1: 281-82.) 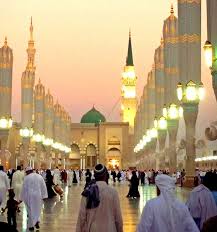 Lamps were not lit at night in the houses. Among the Ansar neighbors of the Prophet (PBUH) S’ad bin ‘Ubada, S’ad bin Mu’az, ‘Umara bin Al-Haram, and Abu Ayyub were rich. They sent milk to the Prophet (pbuh), which was his only provision. S’ad bin ‘Ubada used to send at night a large bowl of curry, or milk, or ghee (refined butter oil). Umme Anas, the mother of Hazrat Anas®, had also gifted her property to the Prophet (PBUH) which he accepted but then gave it away to his slavewoman Umme Ayman and preferred a life of indigence for himself. (Sahih Al-Bukhari, Kitabul Hiba.)

Islam emphasizes unity and congregation. Until then there were no fixed times for congregational prayers. The devotees came to the Masjid at their convenience and offered prayers individually. The Prophet (PBUH) was not happy with this situation. He wished that some persons should be made responsible to call the Muslims at the scheduled times for congregational prayers. But there was inconvenience in it. He (PBUH) consulted the Companions, in which different proposals came up. One of his Companions suggested that a flag should be unfurled on top of the Masjid at the time of each prayer to announce the time of Salah, but the Prophet (PBUH) did not like this idea. The ways prevalent in the Christian and Jewish communities to call people for prayers also came up during the discussion, but the Prophet (PBUH) ultimately approved of the proposal of Hazrat ‘Umar and asked Hazrat Bilal to call Adhan (prayer call) accordingly. (Sahih Al-Bukhari, Kitabul Adhan, Sahih Muslim.) This way the Muslims came to know about the time of the Salah (prayer), and also the basic tenets of Islam were announced five times a day. 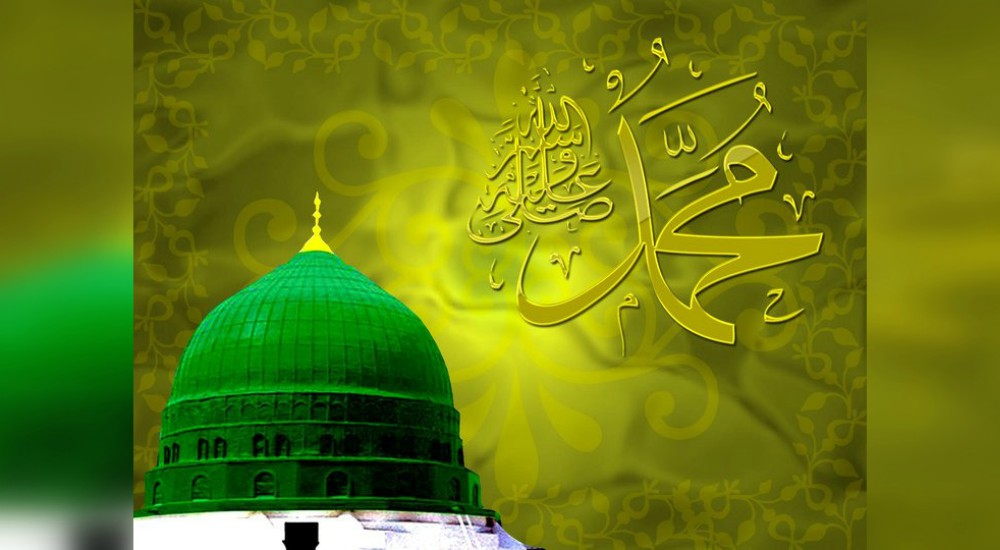