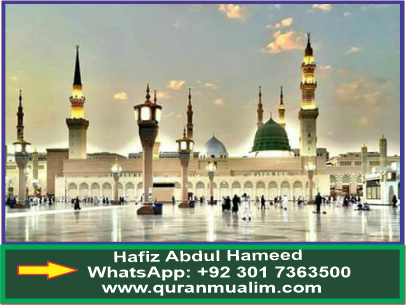 The Prophet’s Emigration to Madinah

When the Quraysh noticed that the Muslims were gaining strength in Madinah and that Islam was on the rise, they called an open meeting in Darul Nadwa, which was the center for consultation, to discuss the matter. The chiefs of all tribes attended the meeting. They came up with different proposals. A chief suggested, “We should chain Muhammad (PBUH) and confine him to a house.” The other proposed, “Expelling him from Makkah would be sufficient.” Abu Jahl gave a suggestion, “Let us take one person from each tribe and the selected persons should assault Muhammad (PBUH) together and kill him. Thus the responsibility of killing Muhammad (PBUH) will fall on all tribes and Banu Hashim alone will not be able to face the joint strength of all the tribes involved in his murder.” People agreed to this proposal and, accordingly, the persons selected to carry out the mission surrounded the Prophet’s house at night. The Arabs considered it immoral to enter a family house at night and therefore they waited outside for the Prophet (PBUH) to come out in the morning when they could assassinate him.(Seerat Ibn Hisham, 1: 480.) 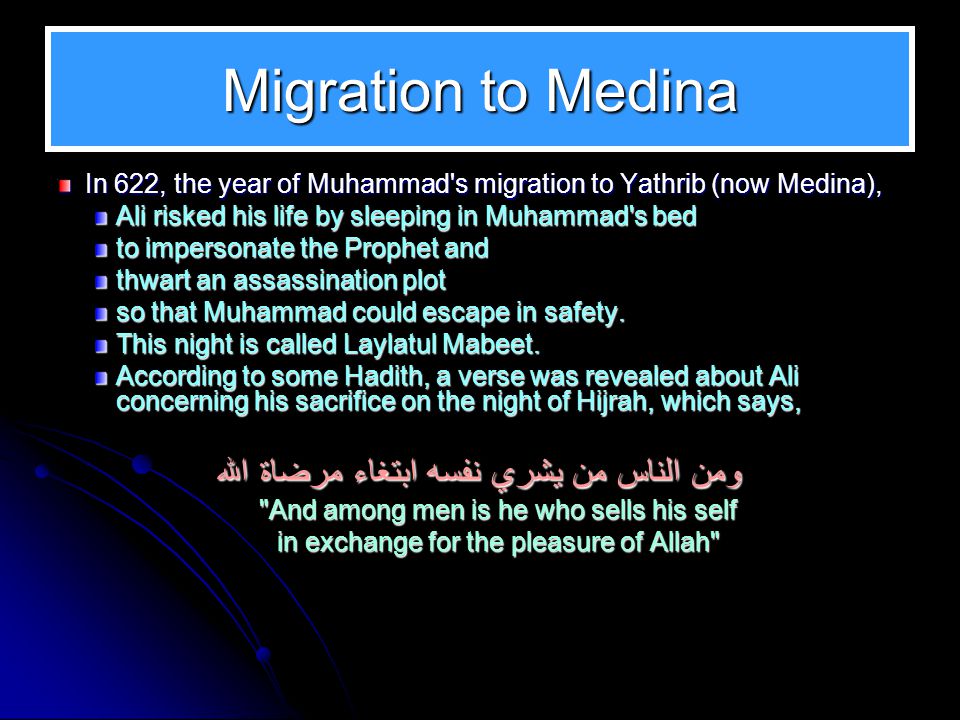 Although the Quraysh hated the Prophet (PBUH) for his message, they trusted him to the extent that when one of them wanted to keep his valuables at a safe place, he put them as trust (Amaanat) with him. At that time also, the valuables of many persons were in the Prophet’s keeping. The Prophet (PBUH) had come to know about the plan of the Quraysh. He, therefore, called Hazrat ‘Ali and told him, “I have been instructed to emigrate (Hijrah) and so I will leave for Madinah tonight.” (The command for Hijrah was given to him from Allah, as the narration in Bukhari shows. See Kitabul Manaqib, Bab Hijratun Nabi wa Sahaba ilal Madinah )He asked him to sleep in his bed covering himself with his sheet, and return the valuables of people kept with him as trust the following morning. Hazrat ‘Ali comfortably slept in the bed of the Prophet (PBUH) all night. The Prophet (PBUH) left his house at night under Allah’s protection reciting the Surah Yasin and passed by the disbelievers who were there to keep a watch for him. None saw him leaving his house. (Musnad Ahmad, 348, Musannif ‘Abdur Razzaque, 5: 389.)This incident occurred on the 27 Safar of the thirteenth year of prophethood on Thursday (12 September 621 A. D.) ( Seeratun Nabi, 1:270, Rahmatullil ‘Aalameen, 1:85.)

Two or three days before the Hijrah (Emigration) the Prophet (pbuh) went to Abu Bakr’s house in the afternoon and knocked at his door. Abu Bakr was at home and welcomed him in. He asked Abu Bakr to let all others leave the place as he had to consult him in privacy about an important matter. After making sure that none except Hazrat Aisha, who had already entered into marriage with him, was there, the Prophet (PBUH) informed Hazrat Abu Bakr of his plan of Hijrah (emigration). Hazrat Abu Bakr asked him restlessly, “May my father be a ransom for you, shall I have the honor of accompanying you?” The Prophet (PBUH) replied in the affirmative. Hazrat Abu Bakr had prepared two camels for the journey for the past four months by feeding them the green leaves of the Babul (acacia) tree. He offered the Prophet (PBUH) the option to accept one of them for the journey. The Prophet (PBUH) agreed to take one camel for himself, but insisted on paying its price, which Hazrat Abu Bakr accepted under pressure. Hazrat ‘Aisha’s elder sister Hazrat Asma, mother of Hazrat ‘Abdullah bin Zubayr, packed food for two, three days for them and tied it with Nitaaq (which women tie around the waist). Due to it, she won the title of Zatun Nitaaqayn. (Sahih Al-Bukhari, Kitab Manaqibul Ansar, Bab Hijratun Nabi wa As-hab ilal Madinah) 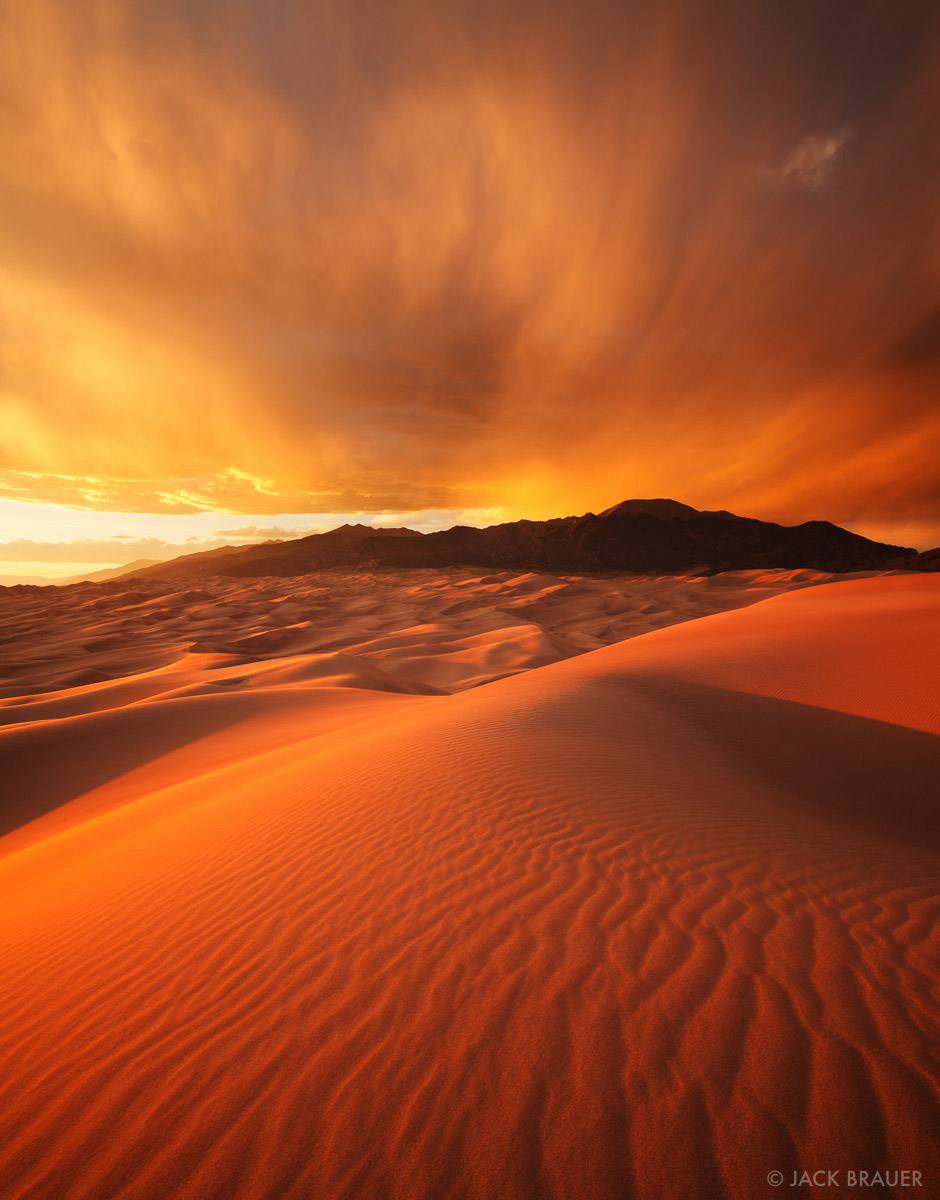 While leaving Makkah, the Prophet (PBUH) looked back at the city and said, “Makkah! You are dearest to me of all places in the world, but your people do not let me live here.” (Imam Tirmizi, Imam Darimi, and Imam Ibn Maja have mentioned the words: “In the dark of the night the two honorable persons started their journey. There is a mountain range called the Thowr Mountain at the distance of four to five miles from Makkah. They decided to pass through it. The pathways leading to it were irregular, uneven, and very difficult to walk. The pointed stones injured the feet of the Prophet (PBUH) and caused him great pain in walking. Abu Bakr lifted him on his back. Thus they reached a cave. Abu Bakr asked the Prophet (PBUH) to wait outside while he entered the cave to clean it. He tore some pieces from the dress he was wearing and with them blocked the holes in the cave to make sure that no harmful insect would come out of them and sting the Prophet (pbuh). He then invited him to enter. ( Mustadrak Haakim, 3: 6. Dalaelun Nabuwwah, 2: 477, Seeratun Nabawiya lil Zahabi, p. 221, Rahmatullil)

In Makkah Hazrat ‘Ali woke up in the morning. The Quraysh recognized him and inquired him about the Prophet (PBUH) .He replied, “I don’t know. Was I supposed to keep guard? You let him escape and so he did.” In fury and desperation, the Quraysh hit him and brought him to K’aba, but after keeping him in captivity for some time, they released him. (PBUH)

Asma` bint Abu Bakr Siddique narrates that her father had taken with him all the money he had, which was about five to six thousand rupees. Her grandfather Abu Quhafa was worried for Abu Bakr’s family and commented that Abu Bakr had put his children in twofold trouble as he had left them alone and had also taken all the money with him. With an intention to defend her father, Hazrat Asma` told her grandfather that Abu Bakr had left a lot of money behind for them. She took stone pebbles, wrapped them in a piece of cloth, kept it where Abu Bakr used to keep his money, and led her old and blind grandfather there to touch it and feel that there was enough money there. Abu Quhafa was satisfied to know that the children had enough to support themselves. Hazrat Asma` says that she did that just to console her old grandfather. Otherwise, Hazrat Abu Bakr had taken all he had to support the Prophet (PBUH). 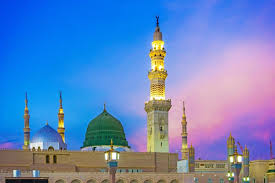 Once the Quraysh, who were constantly on the look of the Prophet (PBUH) ,reached the mouth of that cave. Hearing their footsteps, Hazrat Abu Bakr became worried and submitted to the Prophet (PBUH) that the enemies were so close to them that they could easily see them if they just stooped down a little. Butthe Prophet(PBUH) remained composed and assured him by saying:

The fourth day the Prophet (PBUH) came out of the cave and resumed his journey. ‘Abdullah bin Orayqit, a disbeliever who was trustworthy, was hired as guide. They walked for a whole day continuously – day and night. Next day at noon when the sun became very hot, Abu Bakr wanted the Prophet (PBUH) to rest for a while. He located some shade under a large rock, got down from the camel, cleaned the place, and spread his sheet for the Prophet (PBUH) to rest there. He then went out to see if he could find something to eat. Not too far from there, he saw a herdsman grazing goats. He asked him to wash a goat’s udders and his hands, and then milk the goat. He covered the milk pot with a piece of cloth so that dust might not fall into it. He mixed some water with the milk and offered it to the Prophet (PBUH) .He drank some milk and asked, “Isn’t it time to leave now.” The sun was about to set, and they set out to their destination again. 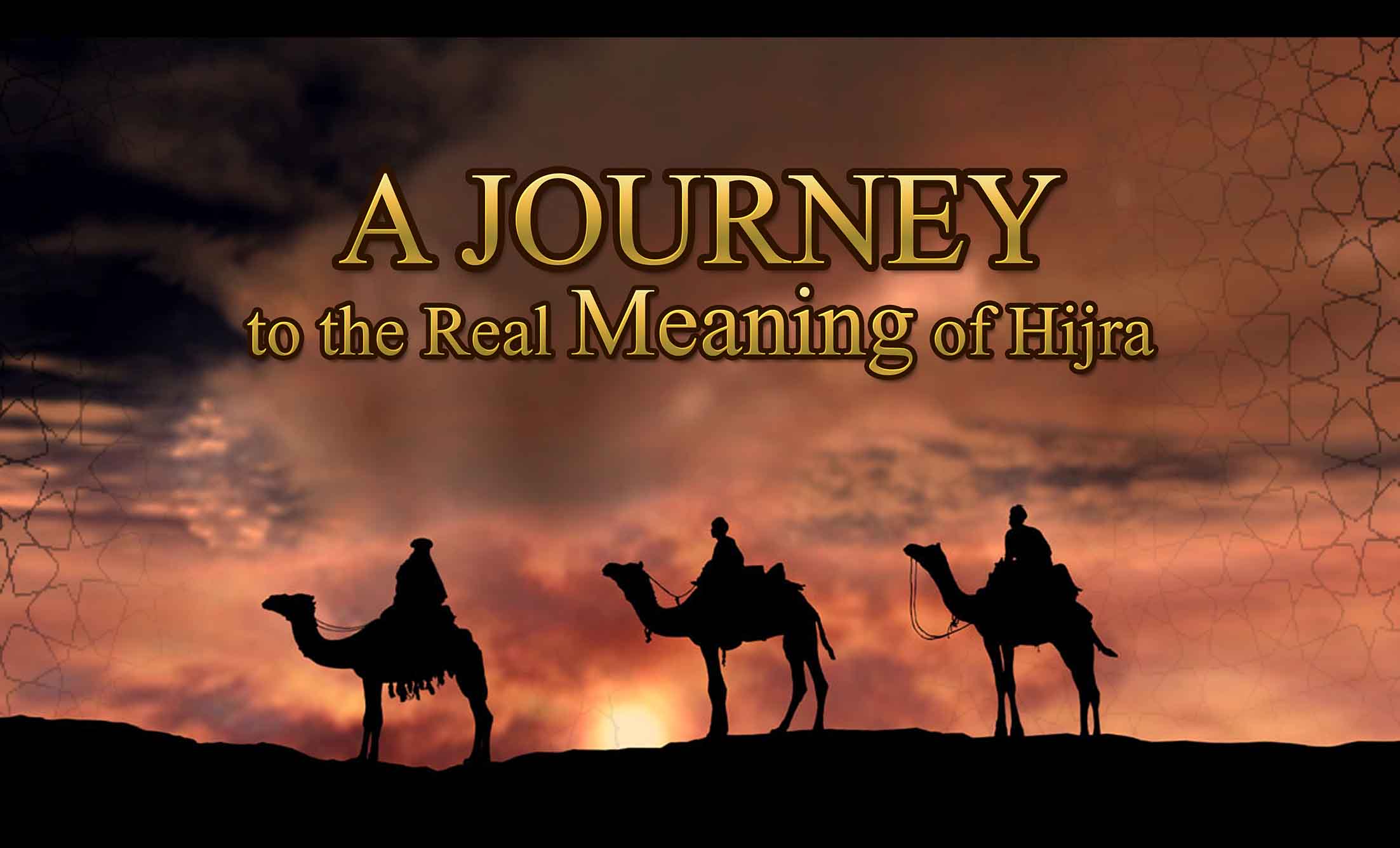