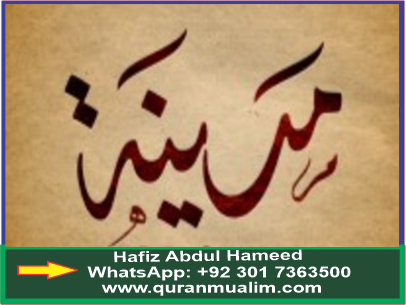 The Quraysh had announced that whoever arrests Prophet Muhammad (PBUH) or Abu Bakr would be rewarded with one hundred camels. When Suraqa heard about it, he came out in the hope of winning the prize. At one point he located the Prophet’s caravan and sped up his horse to capture them. But when he reached close to them, his horse stumbled and he was thrown off to the ground. He took arrows from his quiver to draw lots whether he should pursue them or not. The answer was in the negative. But the temptation of one hundred camels made him ride his horse again and follow the Prophet (PBUH) The Prophet (PBUH) was walking ahead patiently, with verses of the Qur`an on his lips and remembrance of Allah at heart. This time the feet of Suraqa’s horse sank in the ground up to the knee. He checked the omen again. The answer again was in the negative. Disheartened by his experience of two times, he realized that the signs beckoned something beyond his understanding and decided to give up the pursuit. He walked to the Prophe  Saaheeh Al-Bukhari, kitabul Manaqib, Bab fi Hadithil Hijra, Sahih Muslim, Kitabul Zuhd wa Riqaq, bab fi Hadithil Hijra. (PBUH) and told him the whole story. He then presented to the Prophet (PBUH) his belongings. The Prophet (PBUH) declined to accept them, but he asked him not to disclose any information about his whereabouts to his enemies. Suraqa then requested him to write a decree of amnesty for him, which ‘Aamir bin Fuhayra, Hazrat Abu Bakr’s slave, wrote for him on a piece of leather. 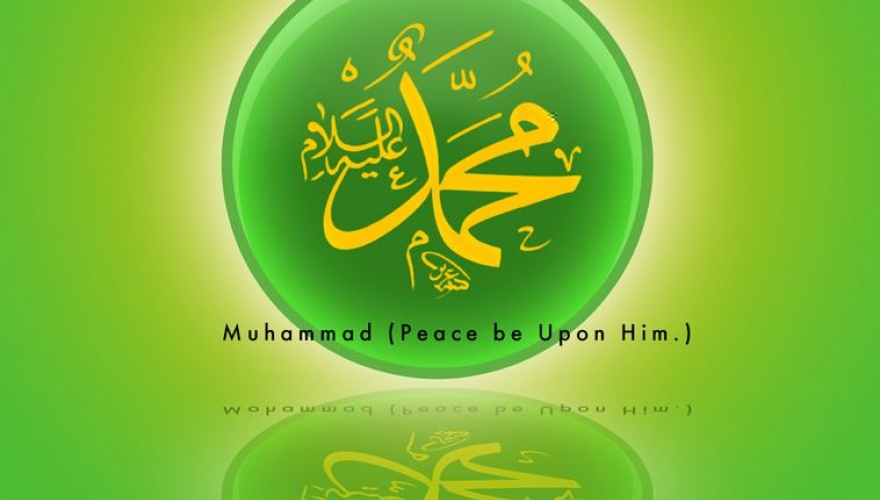 The very first day after leaving his cave, the auspicious caravan of the (PBUH) came upon the tent of Umme M’abad who belonged to the Khuza’a` tribe. She was famous for her hospitality to the travelers. She used to provide drinking water to the passers-by; the travelers also took short recess during their journey at her place. The Prophet (PBUH) and Abu Bakr® asked the old lady if she had anything to eat. She replied in the negative and added that had there been anything to eat, she would have offered it to them herself. The Prophet (PBUH) saw a goat in a corner of the tent and inquired why the goat was there (as it was the time for grazing the animals). The lady replied that the goat was very weak and was unable to move with the herd. The Prophet (PBUH) sought her permission to milk it. She said that he could do so if he felt that there was any milk in her udders. The Prophet (PBUH) said the words Bismillah (In the name of Allah) and started milking the goat. The pot was overfilled with milk; some milk even spilled out. The Prophet (PBUH) and his companions drank that milk. The second time the goat was milked again and again the pot was filled with milk. The companions of the Prophet (PBUH) drank that milk too. The third time the pot was filled with milk once more. They left that milk for Umme M’abad and resumed their journey.

When Umme M’abad’s husband returned home and saw a bucket full of milk there, he was surprised and inquired where it came from. The lady told him that an auspicious person had visited their home and that the milk there was a blessing of his visit. Her husband remarked that that person must be the Qurayshite he was looking for and asked his wife to describe him. Umme M’abad said:

“I saw a gentleman whose neatness was evident, countenance was bright, and physique was proportionate. He was pious in looks and pleasant in manners: neither fat nor too thin, neither pot-bellied nor bald. His countenance commanded respect, with healthy physique, proper height, black and large eyes, black pupils, sclera shining white, eyelashes thick and long. He was graceful and dignified and maintained pleasant quietness. His talk was sweet and clear, neither too long nor too short. His words likened to the pearls pierced together. He was like a fresh branch between two soft and delicate branches, which was pleasing to the eyes. His associates surrounded him. Whatever he said, they carefully listened to, and whatever he commanded, they rushed to perform. He was a person who was served and obeyed and was neither too brief in talk nor given to futile talk.”

Hearing the words of Umme M’abad, her husband said that the description fit the identity of the gentleman from the Qyraysh he had heard of and that he would surely try his best to find him and meet him. ( Mustadrak Haakim, 3: 9-10. Tabaqat Ibn S’ad, 1:230, Zadul Ma’ad, 3: 56.)

While the (PBUH) was on the way to Madinah, Burayda Aslami, who was the chief of his tribe, met him. Actually he had come out in search of the Prophet (PBUH) to win the reward of 100 camels by arresting him, but when he talked to him for a while, he accepted Islam with seventy of his associates. Full of enthusiasm, he took off his turban, tied it over his spear, and raised it as a flag. He then proceeded with that white flag held high, announcing that the king of peace, champion of reconciliation, and proponent of justice and fairness was coming. (As-Seeratun Naabawiya lil Zahabi, p. 228.) Zubayr bin Al-‘Awwam also met the Prophet (pbuh) in the way. He was returning from Syria with a group of Muslim traders. He presented pieces of white cloth to him and to Abu Bakr.( Sahih Al- Bukhari, Kitabul Manaqib, Bab Hijratun Nabi. ) 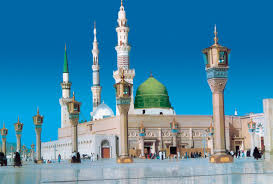