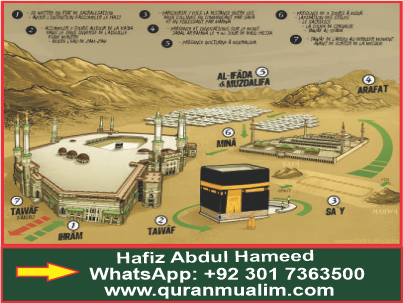 Arafat:An open place about 22.4 km (14 miles) away from Makkah, where all the pilgrims collect on the 9th Dhul – Hijjah (Hajj day).

Fidyah:Compensation for a missed or wrongly practised religious obligation as in Hajj.

Al-Hajar al-Aswad:This is a stone (from Heaven) fixed in one corner of Ka‘bah, when Ka‘bah was built by ProphetIbrahim and Prophet Ismael (peace be upon them).

Hajj:Pilgrimage to Makkah during the prescribed time in the month of Dhul – Hijjah.

Dhul-Hijjah — Yaum At-Tarwiyah- when the pilgrims leave Makkah for Mina.9th

Hajj al-Ifrad:Type of Hajj where one makes an intention of Hajj only.

Hajj al-Qiran:Umrah and Hajj performed together in the same Ihram.

Hajj at-Tamattu:Umrah and Hajj performed with a break between the two (performing Umrah-Tawaf, Sa‘y,shaving/cutting head hair short and taking off the Ihram clothes and coming out of Ihram, then puttingon Ihram clothes and entering in the state of Ihram again for Hajj).

Jabalar-Rahmah:Mount of Mercy at Arafat.

Ka‘bah:Cube-shaped structure in Al-Masjid Al-Haram, Makkah, towards which all muslims face in Salat(prayer).

Madinahh:City where Prophet’s mosque and prophet’s grave are present. Madinahh is about 410km fromMakkah. It was formerly called Yathrib.

Mahram is either Husband or close male relatives, whom women according to Shari‘ah cannot marry,like father, brother, son, uncle.

Makkah:City where there is Al-Masjid Al-Haram and one travels to perform Umrah / Hajj. Makkah is about100km away from Jeddah International Airport.

Maqam Ibrahim:The stone on which Prophet Ibrahim (peace be upon him) stood while he and his son Prophet Isma‘ilwere building the Ka‘bah.

Mu‘allim:Person who takes care and guides the Pilgrims. 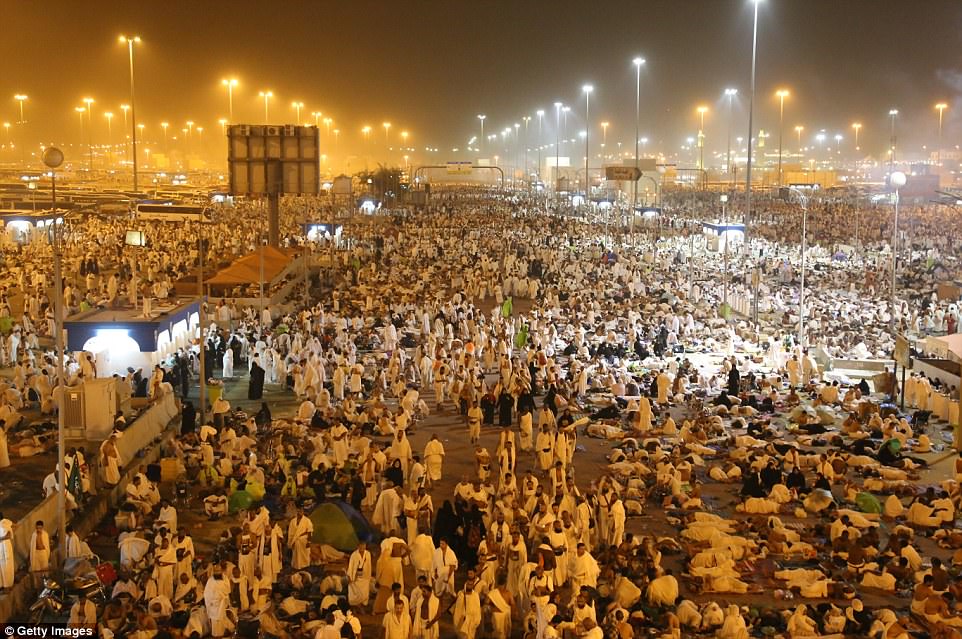 Mina:Place about 8 km (5 miles) away from Makkah where pilgrim has to stay during Hajj days.

Muhrim:Person who assumes the state of Ihram for the purpose of performing the Hajj or

Muzdalifah:Place between Mina and Arfat. It is about 3 km away from mina.

Sa‘y:Seven rounds between As-Safa & Al-Marwah in Al-Masjid Al-Haram Makkah during the performance of Hajj and Umrah.

Talbiyah:Du‘a which is recited loudly by men after putting on Ihram. Women have to recite in low voice.

Tawafal-Ifadah:Also called Tawafaz-Ziyarah or Tawafal-Hajj, done by the pilgrims after they come from Mina on10th day of Dhul-Hijjah. This Tawaf is one of the essentials of Hajj.

Tawafal-Umrah:Person intending to do Umrah, who makes Tawaf on entering Makkah, this Tawaf is known asTawafal-Umrah.

Umrah:To put on Ihram and making Niyyah at Meeqat, go to Makkah, Sacred Mosque, to perform Tawafaround Ka‘bah, Sa‘y between As-Safa and Al-Marwah and then shaving one’s head hair or cuttingthem short.

Zam Zam Water:Water from the well of Zamzam (it is available in water coolers in the Haram for the convenience of pilgrims).

Zam Zam:The sacred well inside the Haram (the grand Mosque) at Makkah. 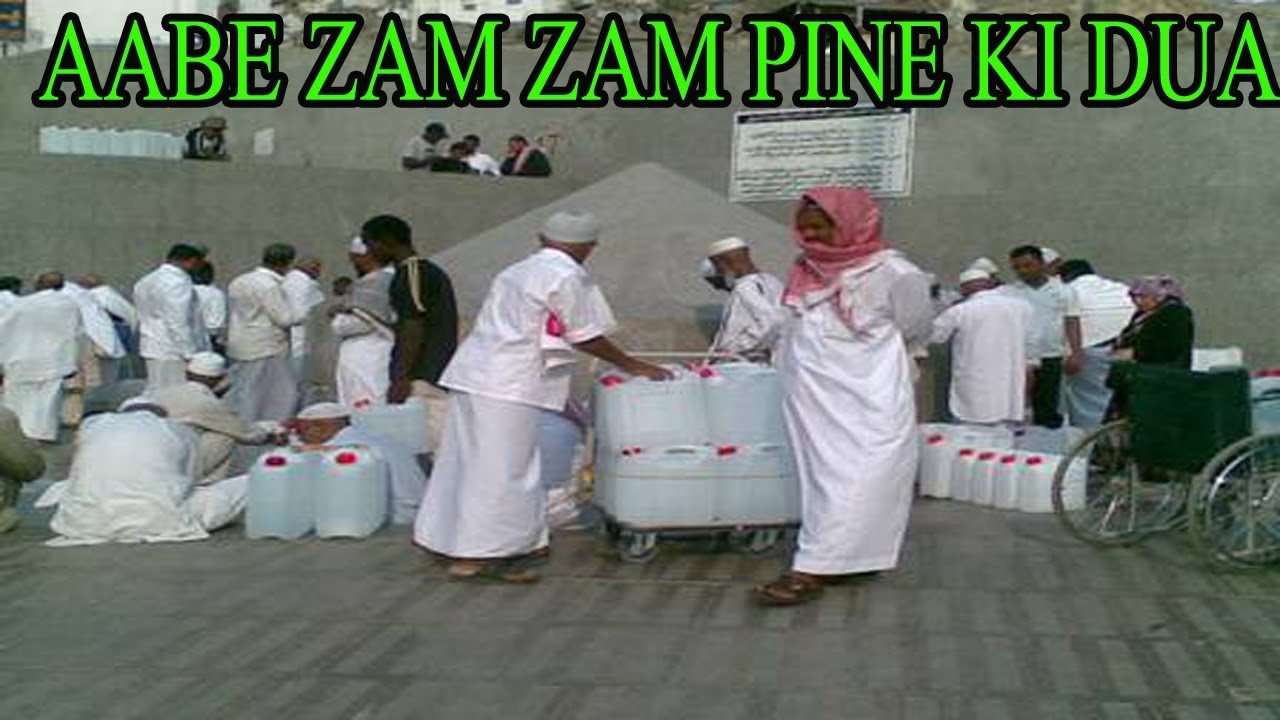