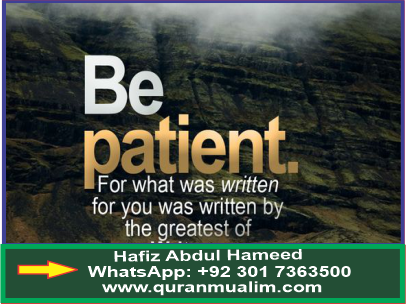 Realizing that they could not persecute the Prophet (PBUH) as much as they wished, the Quraysh started pouring their wrath upon the poor persons who had accepted Islam. They used to catch them at noon and force them to the burning sand. They put heavy rocks on their chest so that they could not move. They put hot sand on their bodies, burned their skin with red-hot iron, and forcibly dipped their heads into water to let them feel choked. These afflictions were common to all those who had accepted Islam, but the ones who underwent much more severe afflictions are as follows: (Seeratun Nabi, Allama Shibli Nomani, 1: 228-231,Al-Kamil libnil Aseer, vol. 2, p. 67.) 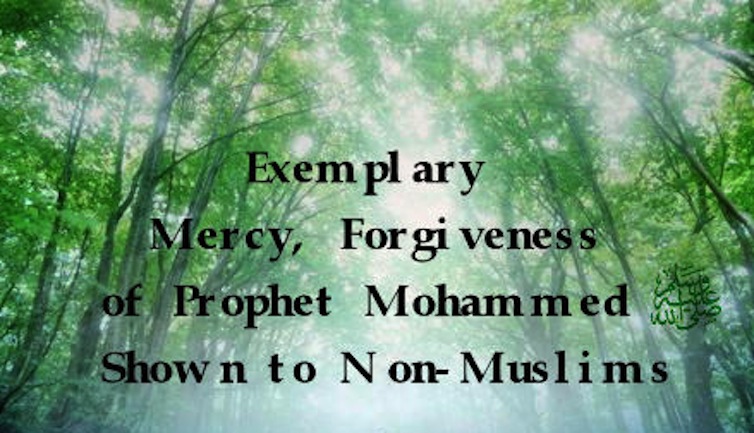 Hazrat Khabbab bin Al-Arat: He was from the Tameem tribe, was taken slave before the advent of Islam, and sold to Umme Anmar. He entered the fold of Islam when the Prophet (PBUH) stayed at the house of Arqam. By that time only six or seven persons had accepted Islam. The Quraysh persecuted him in different ways. One day they spread burning charcoal on the ground and forced him down to it upon his back. A person put his foot on his chest to make sure that he could not change sides. He was forced to stay in that position till the burning charcoal under him was extinguished. Once when he narrated this incident to Hazrat ‘Umar and showed him his back, it was white as if struck by leukodermad (form of leprosy).Hazrat Khabbab was a blacksmith. When he accepted Islam, those who owed him money refused to pay him; they used to say that until he renounced Islam, they would not pay him a penny. He used to tell them back: “Even if you die and come back to life, and do so again and again,I wouldn’t renounce Islam.”(Sahih Bukhari.)

Hazrat Bilal: He is the same person who is so well known as the Muadhdhin (one who called Adhan). He was a black man from Habsha (Abyssinia) and was a slave of Umayya bin Khalaf. When the sun came to its zenith, Umayya used to force him to the hot bed of sand and put a heavy rock on his chest to restrict his movement. He then told him to give up Islam or meet the death in that miserable condition. But even in that situation Bilal pronounced Ahad repeatedly, (meaning that God was one).When he remained steadfast in face of this persecution, Umayya tied a piece of rope by his neck and handed him over to the urchins to drag him in the streets. But while being dragged, he kept on proclaiming his faith by uttering Ahad, Ahad (the One, the One). (Mustadrak Haakim, 3, 284, Musnad Ahmad, 1, 404.)

Hazrat ‘Ammar: Hazrat ‘Ammar was from Yemen. His father Yasir came to Makkah first and was married to Sumayya, a maid of Abu Huzayfa Makhzumi. ‘Ammar was born to them. Only three persons had entered into Islam before him. The Quraysh used to force him down to the hot bed of sand and beat him so mercilessly that he fainted. His father and mother were persecuted in the same way. (Seerat Ibne Hisham, 1, 319.)

Hazrat Sumayya: She was the mother of Hazrat ‘Ammar. Abu Jahl hit her with a lance for accepting Islam, due to which she breathed her last.

Hazrat Yasir: He was Hazrat Amaar’s father. He also died under the crushing strain of the persecution inflicted upon him by the disbelievers. (Al-Kamil, 2: 67.) 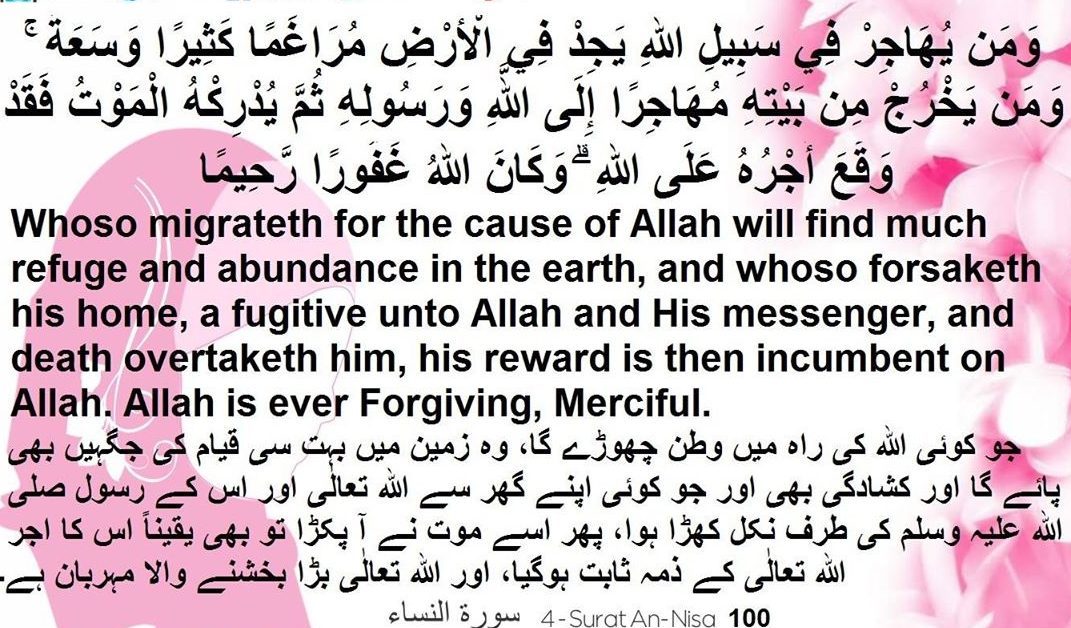 Hazrat Suhayb Rumi: When the Prophet (PBUH) started preaching Islam, Hazrat Suhayb came to him with ‘Ammar bin Yasir. The Prophet (PBUH) invited them to Islam. They became Muslims. The Quraysh put Suhayb under so severe persecution that he at times lost his senses. When he wanted to immigrate to Madinah, the Quraysh allowed him to leave only if he forfeited all his property and wealth at Makkah. He gladly agreed to it. When Hazrat ‘Umar was wounded in prayers in which he breathed his last, he had appointed Hazrat Suhayb as Imam to lead the Muslims in prayers in his place.

Abu Fukayha: He was a slave of Safwan bin Umayya and accepted Islam with Hazrat Bilal. When Umayya learned about it, he tied a piece of rope in his leg and asked his men to drag him and force him to lie on the hot bed of sand. Once Safwan saw a black beetle crawling on the ground and addressed Abu Fukayha in derision: “Is this not your god?” Upon it he replied, “Yours and mine is the same One True God.” Hearing it, Umayya throttled him so severely that people considered him dead. Once Umayya put such a heavy rock on his chest that his tongue came out. (Al-Kamil 2: 69)

Hazrat Lubayna:  She was a slave girl. When Hazrat ‘Umar used to get tired of beating her continuously for long and stopped for a while, he said: “I have stopped not out of mercy for you, but because I have become tired.” She used to reply in constancy,“If you do not accept Islam, God will take revenge from you.” (Al-Kamil, 2: 69. Hazrat Zinnira: She was a slave in the family of Hazrat ‘Umar. He (before accepting Islam) persecuted her very severely. Abu Jahl beat her so much that she lost her eyesight. (Al-Kamil, 2: 69.)

Hazrat Nahdiya and Umme ‘Obays: These two were also slaves and were severely punished for having accepted Islam.

This is a glorious chapter in the chronicle of Hazrat Abu Bakr’s virtues that he rescued most of these oppressed souls. He bought Hazrat Bilal, ‘Aamir bin Fuhayra, Lubayna, Zinnira, Nahdiya, and Umme ‘Obays by paying very high prices for them to their masters and freed them. (Mustadrak Haakim, 3: 284. The incident of Hazrat Bilail’s freedom is also mentioned in Sahih Bukhari)

These were the persons whom the Quraysh punished as severely as they liked. The other Muslims on whom they had less control were persecuted in other ways. Hazrat ‘Uthman: He was aged and was highly respected in the Makkan society. When he embraced Islam, none else but his uncle tied him with rope and beat him.

Hazrat Abu Zarr: He was the seventh person to accept Islam. When he declared his faith, the Quraysh beat him so brutally that he fell down to the ground. (Sahih Al-Bukhari) Hazrat Zubayr bin Al-’Awwam: He was the fifth person to accept Islam. When his uncle came to know about it, he wrapped him in a mat and forced him to inhale smoke though his nose. ( Seeratun Nabi by Allama Shibli.) 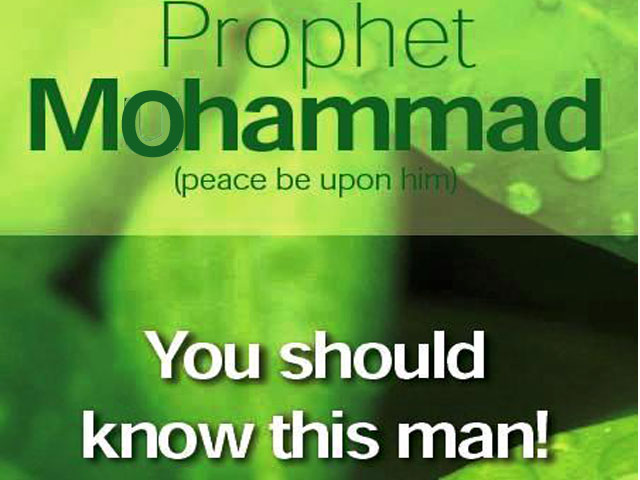 Hazrat Sa’eed bin Zayd: He was Hazrat ‘Umar’s cousin from paternal side. When he accepted Islam, Hazrat ‘Umar ® tied him with rope by way of punishment. (Sahih Al-Bukhari.)

Hazrat S’ad bin Abi Waqqas: He is well known as the conqueror of Iran. Although very respectable in his tribe, he could not escape persecution at the hands of disbelievers. Banu Asad, his tribesmen, did not miss a chance to hurt him in whatever way it was possible.

Up until then nobody dared to recite the Qur`an aloud in the K’aba. When ‘Abdullah bin Mas’ud accepted Islam, he decided to do it, which he considered a mandatory duty. People tried to dissuade him, but he remained determined.

He went to Al-Haram and started reciting Surah AlRahman (a chapter in the Qur`an). The Quraysh rushed to him and began to slap him in the face. Although he completed the Chapter up to the place he wished to recite, he returned home with scars of serious injuries in his face. (Seerat Ibn Hisham, 1: 314, Asadulghaba, 3: 282.)Hazrat Abu Bakr’s Sufferings at Makkah

Although Hazrat Abu Bakr was highly respected in the Makkan society, he was not spared from persecution and insult of the Quraysh. One day he was pushed down to the ground and was trampled and beaten blue and black. ‘Otba bin Rabi’a hit him with two such shoes which had rough patches, as a result of which his face got swollen beyond recognition. He was so seriously injured that his people wrapped him in a sheet to move him to his home. It was feared that he would not survive his injuries. In the evening when he was able to speak, his first question was, “Is the Prophet of Allah (pbuh) safe?” His family members scolded him that he was still worried for the Prophet (PBUH).

When the people who had gathered around him ultimately left, Abu Bakr asked his mother again about the Prophet’s welfare. As she did not have any information about him, Abu Bakr® asked her to find it out from Umme Jameel. Umme Jameel came to Abu Bakr’s house and, seeing the pitiable condition of Abu Bakr, remarked remorsefully, “Those who have injured you so brutally are truly transgressors and disbelievers. I hope that Allah will take revenge from them.”  Abu Bakr inquired her about the Prophet’s welfare. She informed him that the Prophet (PBUH) was safe and was at Arqam’s house. Abu Bakr refused to eat or drink unless he first saw the Prophet (PBUH).Late at night when the streets were unfrequented, Abu Bakr’s mother and Umme Jameel helped him walk to Arqam’s house where he attained the joy of meeting the Prophet (PBUH) in person. (Al-Asaba, 1: 42.) 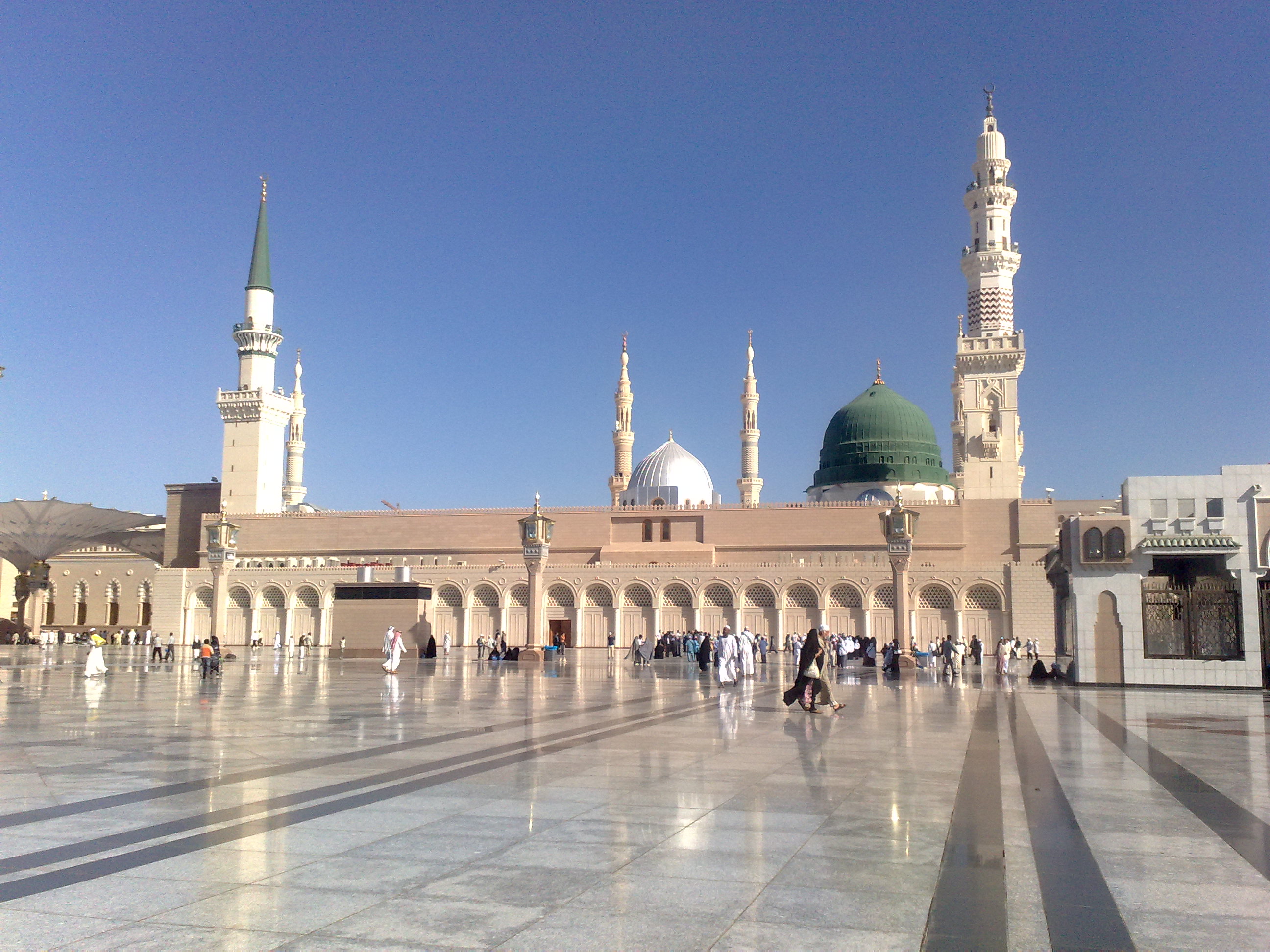 Emigration of Muslims to Habsha (Abyssinia) and Hazrat J’afar’s Speech in the Court of Najjaashi: When the sufferings of Muslims crossed all limits, the Prophet (PBUH) allowed them to immigrate to Abyssinia (Habsha) for the safeguard of their lives and faith. Thus, eleven men and four women formed a small group and set out to Abyssinia from the seaport of Sho’ayba in the dead of night. (Fathul Barilibnil Hajar, 7:188-89.) The leader of this group was Hazrat ‘Uthman bin ‘Affan. His wife Sayyida Ruqayya, daughter of the Prophet (PBUH), accompanied him. The Prophet (PBUH) commented, “After Prophet Ibraheem (Alaihisalam) this is the first couple which has migrated in the path of Allah.” (Tabaqat Ibn S’ad, 1: 203. Fathul Bari, 7:189 ) After them, eighty-three men and eighteen women also immigrated to Abyssinia, which included the Prophet’s cousin J’afar Tayyaar. The Quraysh went after them, but the Muslims had already sailed in boats before the arrival of the disbelievers at the seaport.