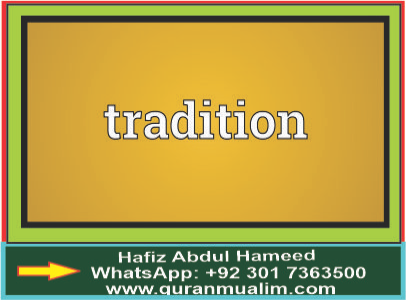 Correct meaning of the tradition

If we only confine ourselves to this tradition and its decontextualised meaning, then we will have to discard a large number of other verses and traditions in which both Allāh and the Prophet have stressed the need and relevance of seeking the help of others in trouble and distress. Besides, to focus exclusively on this tradition and to sweep all other traditions under the carpet will violate the basic principles of interpretation and inference. It is an established legal principle that any tradition negating what is affirmed by other traditions must be placed in perspective because a final inference is drawn only through a coordination and collation of their meaning and substance to abrogate the discordant element s. The same principle must be followed here to bring out the correct meaning of this tradition.

The tradition means to affirm the reality of divine unity as part of true faith. That is, it seems to suggest that the real Helper is Allāh alone and the creature is only a means in seeking help from Allāh.

The tradition does not argue in favour of seeking help only from the living, as is erroneously supposed by some people. On the contrary, it does not discriminate bet ween the living and the dead and stresses the fact that it is forbidden to beseech anyone for help except Allāh as we have already discussed in the early pages. Imām Ibn Taymiyyah has also mentioned it in his Fatāwā (1:110) and has made it clear that some people draw wrong conclusions from the divine injunctions and the sayings of the Prophet when other contexts seem to refute their conclusions. The hypocrite’s torment and Abū Bakr’s beseeching the Prophet’s help against him fall into this category. If this tradition is not explained away, it will throw a negative light on other Qur’ānic verses and traditions as well as the acts of the Companions. It is recorded at various places in books of tradition that the Companions requested the Prophet to supplicate for them, offered prayer for rain through his mediation and they excelled all the other followers in beseeching his help in a variety of situations. ‘ 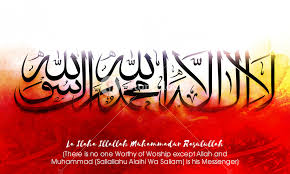 Abdullāh bin ‘Umar’sstatement is recorded that at many occasions when he looked at the Prophet’s face, he used to remember Abū Tālib’s verse which means that whenever he prayed for rain, the rain wat er started flowing from the gutters before he came down the pulpit. The verse is as follows:

And that handsome (person), by means of whose radiant face, rain is implored, and who is the guardian of orphans and the support of widows.  The fact that ‘Abdullāh bin ‘Umar hummed out this verse on many occasions shows the Companions’ intensity of love for the Prophet . Whenever they were in trouble or faced a calamity, they were involuntarily drawn towards him to beseech his help. When the conduct of the Companions is belying the content of this different tradition, and it is also in consonance with the teachings of the Qur’ān and the sunnah, then how can we agree with the explanations and interpretations of these ignorant friends as confirmations of divine unity, which in fact border on disbelief. The Qur’ānic concept of divine unity

Bukhārī narrated it in his as-Sahīh, b. of istisqā’ (to invoke