Sunday, May 9, 2021
Quran Mualim Learn Islam
Home Books What are the significance of Reciting the Holy Quran ? 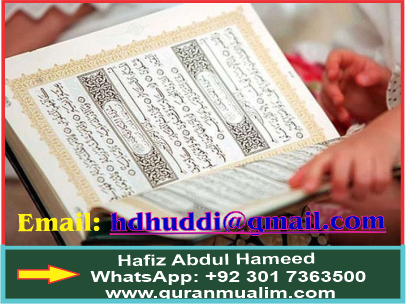 Du’ā for Reading the Book

R religious book or an Islamic lesson, you will remembered the following Du’ā (supplication) before you study a whatever you study,: Translation O Allah  ! Open the door of knowledge and wisdom for us, and have mercy on us! O the One Who is the Most Honourable and Glorious!

Excellence of Reciting THE HOLY QURAN No matter how hard satantries to prevent you from reading this booklet, do read it all; you will come across an invaluable treasure of information and knowledge.

The Prophet of mankind, the Peace of our heart and mind, the most Generous and Kind ,  has stated, ‘Recitation of Ṣalāt upon me is Nūr [light] on the bridge of Ṣirāṭ. Whoever recites Ṣalāt upon me 80 times on Friday; 80 years of his sins will be forgiven.’ (Al-Mu’jam-uṣ-Ṣaghīr, pp. 320, Ḥadīš 5191)

May the teachings of the Quran prevail; this is my prayer Over all other flags, may the flag of Islam fly higher

The greatness of a lover of the Holy Quran 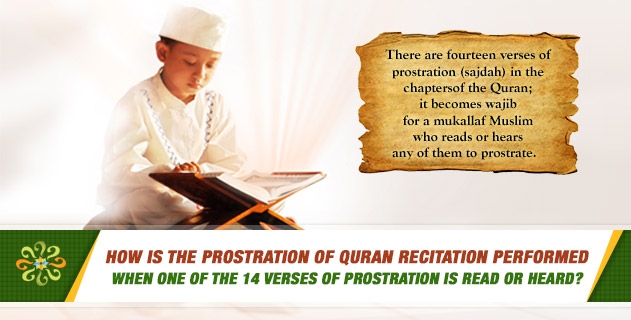 Sayyidunā Shaykh Šābit Bunānī  used to complete the recitation of the Holy Quran once every day. He would always observe fast during the day and offer supererogatory Ṣalāĥ throughout the night. He would always offer 2 Rak’āt of

Nafl Ṣalāĥ in every Masjid he passed by (this Ṣalāĥ is known as Taḥiyya-tul-Masjid). Revealing the blessings bestowed upon him, he says, ‘I have completed the recitation of the entire Holy Quran and I have wept in the court of my Rab   next to each and every pillar of the Jāmi’ Masjid.’

He had exceptional love for Ṣalāĥ and for the recitation of the Holy Quran, and the extent of the blessings upon him is coveted. Consequently, after his passing away, during the burial suddenly a brick slipped and fell into the grave. When some people leaned in to pick up the brick they were amazed to see that the Shaykh was standing in his grave and offering his Ṣalāĥ! When his family members were asked about that, his respected daughter said: My honourable father ‘would make the following supplication every day, ‘O Allah  ! If you grant anybody the blessing of offering Ṣalāĥ in his grave after death, then privilege me too [with such a blessing].’

It is reported that whenever people would pass close by the blessed tomb of the Shaykh ‘they would hear the utterance of the recitation of the Holy Quran coming from inside the blessed grave. (Ḥilya-tul-Awliyā, vol. 2, pp. 362-366) May Allah   have mercy on him and forgive us for his sake!

Ten virtues for one letter

The Embodiment of Nūr, the Noble Prophet ,  has stated: The best person amongst you is the one who learnt the Holy Quran, and taught it to others. (Ṣaḥīḥ Bukhārī, vol. 3, pp. 410, Ḥadīš 5027)

Sayyidunā Abū ‘Abdur Raḥmān Sulamī  used to teach the Holy Quran in the Masjid and he would say, ‘This Ḥadīš has made me seated here. (Fayḍ-ul-Qadīr, vol. 3, pp. 618, Ḥadīš 3983) O Allah! Make me a Ḥāfiẓ of the Holy Quran And make me steadfast upon the commands of the Holy Quran

The Quran will intercede and take people into Paradise

It is narrated by Sayyidunā Anas  5   (&     82 that the Prophet of Mankind, the Peace of our heart and mind, the most Generous and Kind ,    has stated, ‘Whoever learnt and taught the Holy Quran, and then acted upon whatever is in the Holy Quran; the Quran will intercede for him and take him into Paradise.’ (Al-Mu’jam-ul-Kabīr, vol. 10, pp. 198, Ḥadīš 10450; Tārīkh Dimashq, vol. 41, pp. 3) The passion to recite the Quran for this I supplicate To die as a martyr under the Green Dome O Allah, make  this my fate

The excellence of teaching a verse or a Sunnaĥ

It is narrated by Sayyidunā Anas  that whoever teaches one verse of the Glorious Quran or any Sunnaĥ of the Dīn to anyone, Allah   will prepare such a reward for him on the Day of Judgement, that there will be no reward better than that for anybody. (Jam’-ul-Jawāmi’, vol. 7, pp. 281, Ḥadīš 22454)

Rewards until the Day of Judgement for the one who teaches one verse!

It is narrated by the possessor of two Nūrs, the compiler of the Holy Quran, Sayyidunā ‘Ušmān Ibn ‘Affān  that the Holy Prophet ,   has stated, ‘Whoever teaches one verse of the Holy Quran will receive double the reward of the one who learns [that verse].’

In another Ḥadīš, it is narrated by Sayyidunā Anas  that the Noble Prophet ,  has stated, ‘Whoever teaches one verse of the Glorious Quran, as long as that verse continues to be recited, he will continue to get reward.

Allah  increases the reward until the Day of Judgement

It is mentioned in a Ḥadīš, ‘Whoever teaches one verse of the Book of Allah   or one chapter of knowledge, Allah  will continue to increase his reward until the Day of Judgement.’

(Tārīkh Dimashq, vol. 59, pp. 290) O my Rab! Bestow upon me the passion to seek the  knowledge of Islam O Allah! Grant me the enthusiasm to learn and teach the Holy Quran

Memorized 15 parts of the Quran in the womb of mother

Question: Your eminence! Is there any age specified in the Sharī’aĥ for ‘Taqrīb-e-Bismillāĥ?’

Sayyidunā Shaykh Khuwājaĥ Gharīb Nawāz ‘was also present and was about to ask the child to recite the  then he was invoked with Divine Inspiration [Ilĥām], ‘Wait, Ḥamīduddīn Nāgorī is coming and he will teach [the child to recite. At the same time in Nāgor, Qāḍī Ḥamīduddīn received Divine Inspiration telling him to go and teach one of the servants of Allah to recite the .. Immediately, he visited the ceremony and said to the child,

Shaykh Qāḍī Ḥamīduddīn and Shaykh Khuwājaĥ Gharīb Nawāz said, ‘Son! Continue reciting!’ The young child replied, ‘I had heard this much in the womb of my mother, and this is as much as she had memorized, so I too memorized this much!’ (Malfūẓāt-e-A’lā Ḥaḍrat, pp. 481) May Allah    have mercy on them and forgive us for their sake! O Allah! Make me truthful in my love for You And make me a sincere devotee of Your Prophet too!

Unfortunately, due to a lack of Islamic knowledge, many Muslims today are unaware of the rulings of Sharī’aĥ regarding the recitation of the Quran, teaching the Quran, listening to the Quran, touching the Quran, etc. In order to propagate the knowledge of Islam, and with the intention of saving Muslims from sins, a bouquet of colourful Madanī pearls is hereby presented. Detail is as under: What are the precaution regarding reciting the Holy Quran?