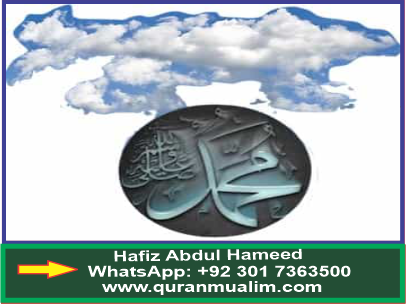 Uthman bin Maz’un was among those who had returned from Habsha (Abyssinia) at the wrong information mentioned above. In accordance with the Arab tradition, he obtained the protection (Jawaar) of Waleed bin Mugheera to enter Makkah. When he noticed that the Muslims who were unable to obtain protection of a chief of Quraysh were being persecuted in Makkah while he was able to move freely under Waleed’s protection, he felt guilty. He considered it a moral weakness that he was leading a free and fearless life under the protection of a polytheist and was not able to share the afflictions of his co-religionists. He, therefore, went to Waleed, thanked him for his kindness, and expressed his desire to return his term of formal protection (Jawaar) Waleed kindly asked him if any member of his tribe had offended him. Hazrat ‘Uthman replied in the negative and said that he now wanted to stay under the protection of Allah and none else. Waleed then asked him to declare it publicly in Al-Haram that he was returning Waleed’s Jawaar (protection) and that Waleed was no more responsible for his security in the future. Both of them went to Al-Haram where Waleed announced that ‘Uthman was returning his term of protection to him at his will. Hazrat ‘Uthman confirmed it, attesting that he found Waleed an honorable person and had no complaint against his Jawaar, but that he wished to entrust himself fully to the care of Allah.

From there Hazrat ‘Uthman came upon a gathering of the Quraysh in which Labeed, a famous Arab poet, was reciting his poetic composition. The first line (Misra’) of a couplet was (Everything is valueless except Allah).  Hazrat ‘Uthman commented, “This is true.” Labeed recited another line of his couplet:  (And all comfort will come to an end one day).

Hazrat ‘Uthman contradicted it by saying that the comfort of heaven will last forever. In the Arab culture a poet was not used to such refutations. Labeed thus complained to the audience: “O Chiefs of the Quraysh! This was not the way your gatherings were held. Since when such people have emerged who contradict the poet in his face?” A person from the audience replied, “Recently a group of renegades have emerged among us. Just ignore them.” Hazrat ‘Uthman said something in return to that person. Thus a dispute ensued in which a person slapped Hazrat ‘Uthman in the face so hard that he lost an eye. Waleed was there and watched the incident. He told ‘Uthman® endearingly, “Dear to me! You lost your eye for no good reason. Had you been under my Jawaar (protection), this would not have happened.” Hazrat ‘Uthman replied, “My healthy eye envies my injured eye and wishes to be sacrificed the same way (in the path of Allah).” Waleed invited him to return to his Jawaar (protection) again, but Hazrat ‘Uthman declined. (Seerat Ibn Hisham, 1:370.) 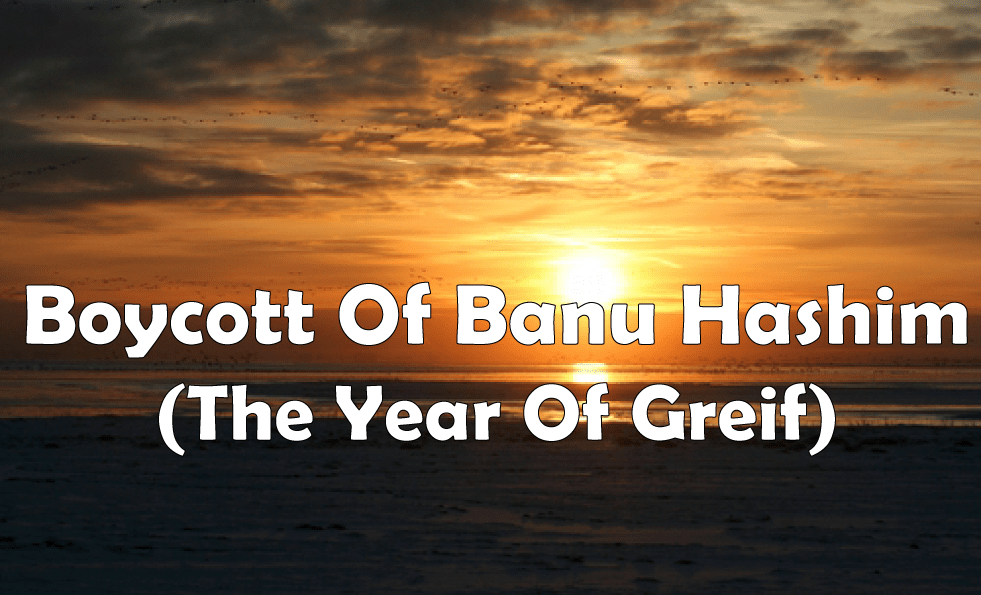 The Quraysh realized that Islam was spreading in spite of opposition, that persons like ‘Umar and Hamza had accepted Islam, and that Najjaashi, the King of Abyssinia, had granted asylum to the Muslims and turned down their emissaries. They then thought of a plan that the Prophet’s family should be forced to a confinement and left there to perish. Consequently, all the tribes prepared a document mentioning in it that none of them would keep any relation with the people of the Bani Hashim tribe, nor trade with them, nor socialize with them, nor let any edible items reach them, until they surrendered Muhammad (PBUH) to them to kill him. This document was posted at the door of the K’aba. (Zadul Ma’ad, 3: 29.)

Helplessly, Abu Talib took refuge in She’ab Abi Talib, a valley, with other members of Banu Hashim and passed three long years in confinement. This period was filled with great hardships; sometimes they had nothing to eat, but the leaves of Talah (the banana tree). Hazrat S’ad bin Waqqas narrates that in those days of suffering and deprivation he once found a piece of dry leather which he washed well, roasted on the fire, and ate with water in order to satisfy his hunger. Ibn S’ad relates that the wailing cries of the babies and children could be heard outside the valley. The Quraysh listened to it joyfully, although some good-hearted persons felt pity for the sufferers. (Al-Rawzul Anaf, 1:  220 ) One day Hakeem bin Hezam, who was Hazrat Khadija’s nephew, tried to send a small amount of wheat to her by his slave. Abu Jahl saw it and tried to seize the grain. By chance Abul Buhtari came upon the scene. Although a disbeliever, he felt sympathetic to Hakeem and thus scolded Abu Jahl: “If a person sends something to his aunt to eat, why do you stop him?” (Seerat Ibn Hisham, 1: 345.) 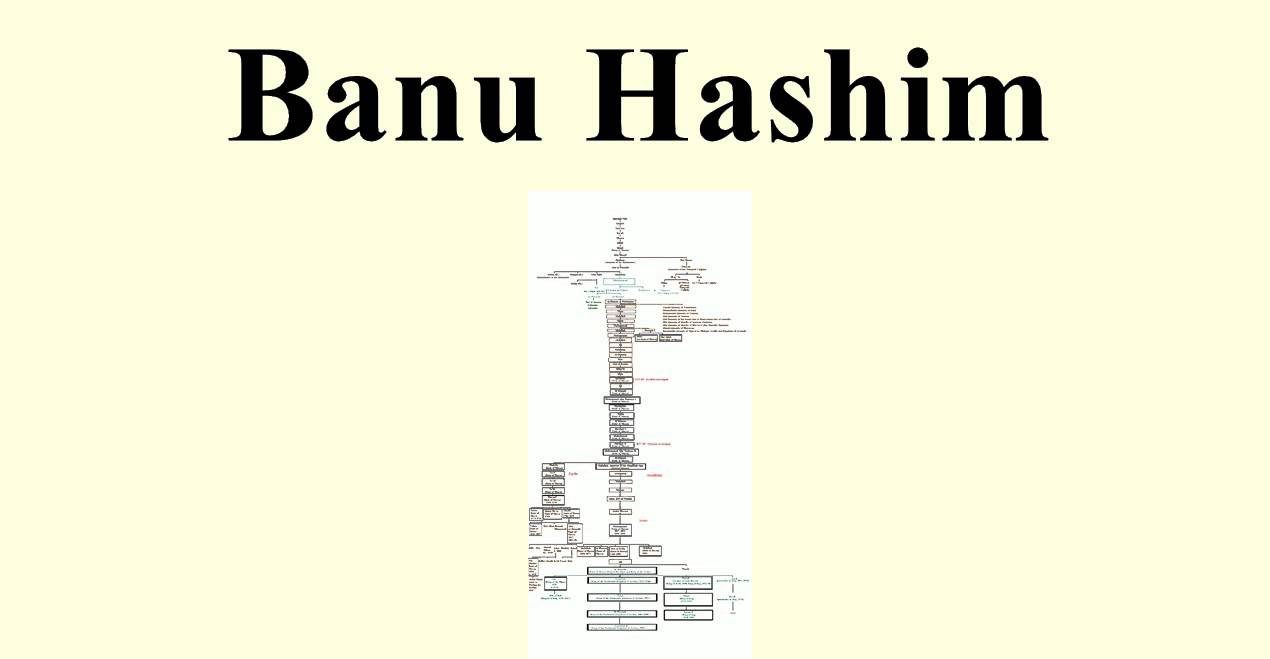 The Prophet (PBUH) and his clan Bani Hashim underwent the hardships of boycott and forced confinement for three years. Ultimately, some disbelievers took pity on them and started taking initiatives to terminate the boycott. Hisham Makhzumi was a close relative of the Bani Hashim family and a distinguished person in his own tribe. He used to send grains and the like stealthily to Banu Hashim. One day he went to Zubayr, the grandson of ‘Abdul Muttalib, and said, “Zubayr! Do you like that you eat, drink and enjoy other comforts while your maternal relatives do not have even the bare minimum to survive on?” Sadly, Zubayr replied: “What can I do to change the situation, for I am alone. If I had even one person to support me, I would tear off the cruel document of boycott and throw it away.” Hisham assured Zubayr that he could count on him. Both of them then went to Mut’im bin ‘Adi and persuaded him to rise against the injustice. Buhtari ibn Hisham and Zam’a bin Al-Aswad also promised to support them.

Next day they went to Al-Haram together. Zubayr addressed to all present there and said, “O people of Makkah! Is it justified that we live in comfort and the people of Bani Hashim do not have the bare minimum to eat? By God! Unless the cruel document is torn off, I would not rest at peace.” Abu Jahl immediately spoke out: “Never, nobody could touch the document.” Zam’a retorted to him, “You are a liar. We did not agree to it even when it was written down.” 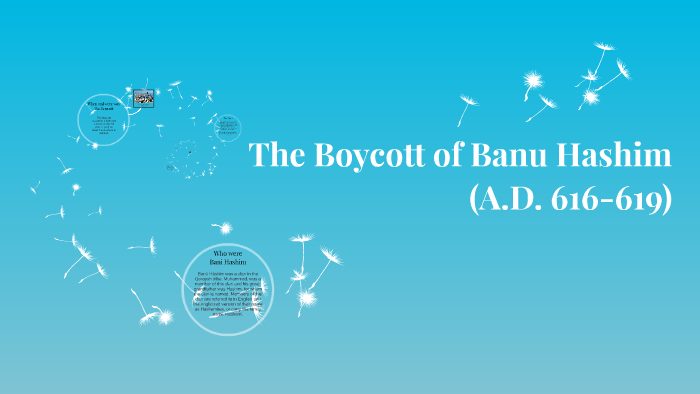 Also, the Prophet (PBUH) had told Abu Talib that the termite had eaten up the document of the boycott. When people checked, it was actually so: only the words Bismika Allahumma (In your name, O Allah!) were spared. (Zadul Ma’ad, 3: 30, it is also mentioned in Sahih Bukhari, Kitabul Manasik bab Dukhulun Nabi Makkah, bab Bunyanul Ka’aba, bab Taqasumul Mushrikeen Alan Nabi.)