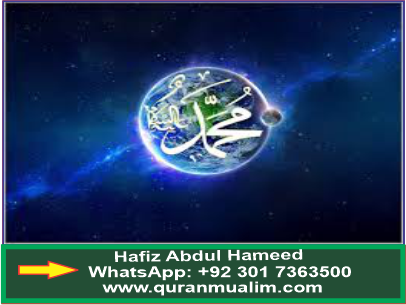 Bani Israil (the Jews) were godly people at the beginning of their career, but later they moved away from the right path and incurred Allah’s wrath. Prophet Jesus, blessings and peace be on him, a kind-hearted Prophet, had called them snakes and the offspring of snakes and had prophesied that God’s kingdom would be transferred from them to another people who would bear good fruit. When the time of the fulfillment of the prophecy came and Hazrat Muhammad (PBUH) began to preach the pure message, the Jews opposed him tooth and nail and wanted to persecute him in the same way that they had persecuted Prophet Jesus (Alayhisalaam). (Rahmatullil-‘Aalameen 1: 129-30)

Although the Jews had entered into a peace treaty with the Prophet (PBUH) in the very first year of Hijrah, they did not observe the terms and conditions of the treaty for long, and as early as about a year and a half after the pact they engaged themselves in mischief against the Muslims. When the Prophet (PBUH) had gone to Badr, a Muslim woman one day went to the area of Banu Qaynaqa’, a Jewish tribe, to sell milk. Some Jews teased her and stripped her naked. When the lady started calling for help, a Muslim rushed to the place. Enraged at what he saw on the scene, he attacked the Jew and killed him. Upon it the Jews assembled and killed that Muslim and created a big disturbance. After his return from Badr, the Prophet (PBUH) called the Jews to inquire about the event, but they sent back to the Prophet (PBUH) the document of the treaty and got ready for armed confrontation with the Muslims. (Al-Bidaya wan Nihaya, 4: 403, ‘Uyunul Athar, 1: 295.) This act meant insurgence. They, therefore, were punished by exile from Madinah. (Sahih Al-Bukhari, Kitabul Maghazi, Bab Hadith Bani Al-Nazeer.)

Earlier the Quraysh of Makkah had written to the Jews of Madinah to rise against the Muslims, but the Prophet’s wise handling of the situation on time had made their move ineffective. Now, after the defeat in Badr, they wrote again to the Jews, the owners of property and forts, to fight against the Prophet (PBUH), threatening that if they did not do so, they would be severely punished and their women would be disgraced and stripped off their ornaments from their feet. After receiving this letter, the Jews decided to disregard the peace treaty with the Muslims and hurt them deceitfully. (Sunan Abi Dawood, Bab fi Khaybar Bani An-Nazeer.)

In the fourth Hijri once the Prophet (PBUH) went to the area of Banu An-Nazeer to call for donation for a community project. The Jews made the Prophet (PBUH) sit beside a wall and deputed Ibn Jahash, one of their men, to throw a heavy stone over him from the top of the wall and thus assassinate him. The Prophet (PBUH) was informed by a divine revelation (Wahi) of the plan of the Jews, and he left the place safely and returned. ( Seerat Ibn Hisham, 2: 190.)

At last the Banu An-Nazeer were asked to move to Khaybar and settle there. They loaded 600 camels with their belongings, came out with a show of defiance, playing musical instruments, and went to Khaybar. ( Musannif ‘Abdur Razzaqque, 5: 358, Ibn Hisham, 2: 191-92.) 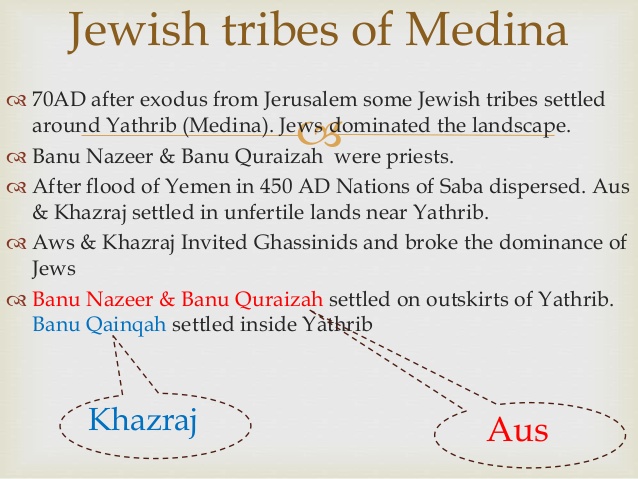