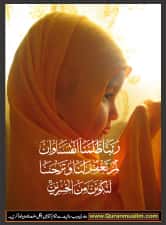 Question: Can one use ‘Imamah or prayer mat as a pillow while going asleep?

Answer: One shall not use ‘Imamah or prayer mat as a pillow while going asleep as it is against the etiquette. Sadr ush Shari’ah, Badr-ut-Tareeqah, ‘Allama Maulana Mufti Amjad Ali A’zami has said: Do not make a pillow of trousers as this against the etiquette and nor should it be made of an Imamah. (Bahar-e-Shari’at, vol. 3, pp. 660, part 16) It is stated in ‘Hayat e Ala Hazrat’: Placing the ‘Imamah, prayer mat or trousers under the head is forbidden as placing ‘Imamah and prayer mat under the head is disrespectful to the ‘Imamah and prayer mat, and placing trousers under the head is disrespectful to the head. Moreover, wiping the mouth or nose 1.An area not classed as the Aein Masjid 2 Turban with the shimla of the ‘Imamah (the bit that hangs) should also not be done. (Hayat-e-A’la Hazrat, part 3, pp. 90) Wisdom behind sitting on the steps instead of the stage

Question: (On 12th of Rabi-ul-‘Awwal 1418 AH, when Shaikh-e-Tareeqat, Ameer e Ahl-e-Sunnat, founder of Dawat-e-Islami, ‘Allamah, Maulana Abu Bilal Muhammad Ilyas ‘Attar Qaadiri  Razavi Ziyaee came to deliver a speech at approximately 12.00am in a Meelad Ijtima, as he walked in, the recitation of the Holy Quran had already begun. So hesat on the steps of these  stage avoiding the gaze of the onlookers, listening intently to the recitation. After the recitation of the Holy Quran, when Ameer e Ahl e Sunnahsat on the stage, he was  asked the following question): Huzoor, instead of comingstraight to the stage, you sat on the steps. What was the wisdom behind this?

Answer: When the Holy Quran is being recited, it is wajib tolisten to it quietly and with full concentration. As Allah has mentioned in the Holy Quran, in chapter 9, Surah A’raaf, Ayah no. 204:Translation from Kanzul Iman: And when the Qur’an isrecited, listen to it attentively and remain silent; that you mayreceive mercy.In relation to this ayah, Sadr ul Afazil, ‘Allama MaulanaMuhammed Na’eem-ud-Deen Muradabadi hassaid: “This Ayah proves that whenever Quran is being recited,whether in or out of Salah, it is Wajib to stay silent and listen to it.”The jurists of Islam have stated: When Quran is being recited aloud, it is Fard (compulsory) upon all those present to listen to it, provided that they have gathered for the purpose of listening to it. Otherwise, if one individual is listening, it is enough, even if others are busy in their own works. (Ghuniya-tul-Mutamalli, pp. 497)The reason because I came in order to attain the privilege of attending the gathering of Meelad and other Islamic brothers with me and those already present in the Ijtima of Meelad have also gathered here with the same very intention, thus, it was Wajib upon all of us to listen to the recitation of the Holy Quran. If I had sat on the stage at the time of the recitation of the Holy Quran, then there was a high possibility that Islamic brothers may have stood up and someone could have called out a slogan. So I didn’t want that any Islamic brother falls in the sin of not listening the recitation of the Holy Quran because of me. Hence, I sat on the steps instead of coming on the stage.