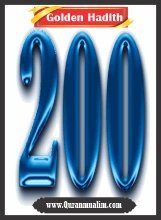 It is different from Sunnah which is the private and public way of life of the Prophet but the two words are sometimes used interchangeably. The preservation of Hadīth started right from the time of the prophet Muhammad through Transmission, memorization or practicalization while literate Companions of the Prophet wrote them down. The collection of Hadīth started as private affairs until the Umayyad era when it was given official backing by caliph Umar bn ‘Abdu `l- ‘Azīz. The Traditionalists sojourned and endured difficulties in the course of Hadīth collection. They developed technical methods to sift spurious Hadiths from authentic ones. This led to the declaration of six works as the most authoritative and Sound Collections a`ş-Şiħāħu `ş-Şittah during the Golden Era of Ħadīth Collection.

How did the collection of Hadith started after the demise of the Prophet.

Collection of Hadīth during the Umayyad Era This era which immediately followed the era of the four orthodox Caliphs, though, witnessed different challenges, also contributed to the growth of Hadīth collection. There was no single official compilation of collections of Hadīth prior this time. Hadiths were in the custody of individuals and unlike the periods of the Prophet and the successors that directly followed it; they were not entirely free from lies and fabrications to support   different sects that emerged and to back up the activities of some rulers. This brought about the situation whereby the collectors of Hadīth started asking about the chain of narrators. So, Hadīth collectors were given much respect and honour not only by the individual Muslims but also, especially by the rulers. Unique reference could be made to the time of the observed Umayyad Caliph, Umar

Ibn Abdul Azeez (682-720). He was said to have truly empowered the assortment of Hadīth. He even asked Muhammad ibn Shihab al-Zuhri and Abu Bakr bn al-Hazm to prepare a collection of all available Traditions. The caliph was said to have written to Abu Bakr bn al- Hazm thus: “Whatever sayings of the Prophet can be found, write them down, for I fear the loss of knowledge and disappearance of learned men, and do not accept anything but the Hadīth of the Holy Prophet (Ş) and people should make knowledge public”.

The determined efforts of the scholars of this time led to the unique and excellent epochin the history of Hadīth collection as few important works of Hadīth emerged. The works of Shihab al-Zuhri and that of Abu Bakr al-Hazm are well known. Another collection of Hadīth of the time was Musnad of Sulaiman bn Fahd al-Jerīdī and Abu Dawud al-Tayālisī (133-204). 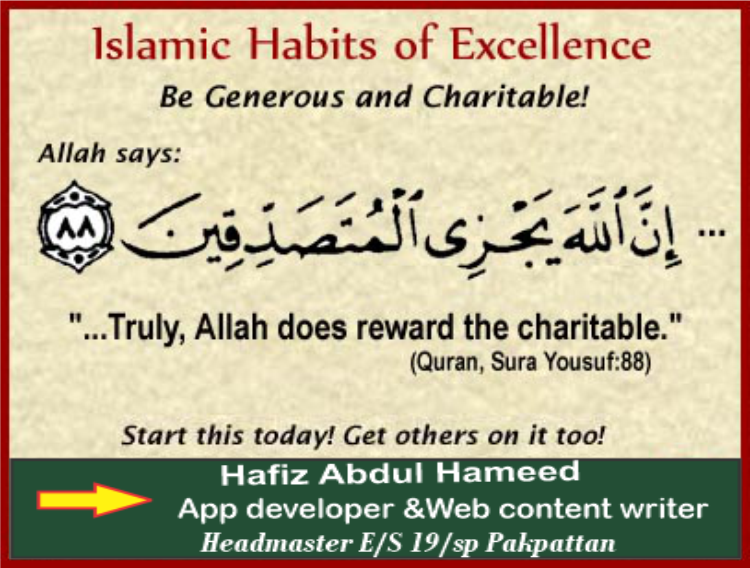 Expatiate upon growth of Hadith collection during the Umayyad period. The Golden Era of Hadīth Collection (200-300 A.H.)

This is perhaps the best time frame in the assortment Hadīth. In reality, it is the point at which the Sahhābī who gained Islam legitimately from the Prophet (Ş) had gone. Some sects had emerged and the possibility of misquoting the Prophet by some people with greedy interest was quite apparent. So, it was essential to authenticate true Hadīth without sponsorship of any ruling authority. Therefore, it is the very stage in which the science of Hadīth was formally founded. Many scholars emerged at this time and took up the great task of searching, collecting and refining Hadīth. They classify them into relevant categories such as authentic, good or false. Elaborate rules and canons were put in place to distinguish the true traditions from false ones. The authentic traditions were carefully and painstakingly collected and compiled in book form. The life history of many scholars of Hadīth show different difficulties they went through in the course of collecting Hadīth. They travelled far and wide to many land and for many years in search of people who were in custody of one or two Hadīth or Sunnah of the Prophet. At times, to hear a single Hadīth, or to confirm the presence of one word in a Hadīth, the scholars used to travel great distances east and west to reach the living person who was part of the chain of transmission whose authority the Hadīth was being narrated. Meanwhile, the Golden Period witnessed the emergence of the six authentic collections of Hadīth. These are considered standard works on Hadīth and are known as  Sihah-Sittah. The  names and book titles are:

This unit traces the origin of Hadīth, 200 Golden Hadith  and its preservation as a private interest during the lifetime of the Prophet Muhammad (Ş) till the time of the orthodox caliphs. It establishes that hadith collection was given official recognition during the Umayyad period and that the years between 200 – 300 A.H. were the Golden Age of the efforts of the Traditionalists which was crowned by the emrgence of the six Sound Collections of Hadīth.