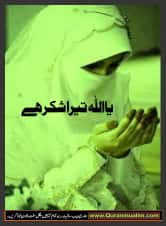 Abu Hurayrah narrates that the Holy Prophet said, “Allah does not reject supplication of three kinds of people: the one who remembers Allah greatly(DUA) , the oppressed and a just ruler.”(Bayhaqi, Shuab-ul-iman (1:419#588)) Abu Umāmah Bahili narrates, “I heard the Messenger remembering Allah until he does, there is no moment of the of Allah  say: ‘He who goes to bed pure and lies on bed night when he rises and begs from Allah the good of this world and of the Hereafter and He does not grant him.’”(Bayhaqi, Shuab-ul-iman (6:11#7358) Ajlawni, Kashf-ul-khifa wa muzil-ul-ilbas (1:390#1045) Tirmidhi, al-Jami-us-sahih (5:540#3526) Muādh narrates that the Holy Prophet said, “Whoever goes to his bed pure, remembering Allah until he feels drowsy, yet he spends the night awake, there is no good worldly or of Hereafter which he begs but is not granted.”1 Abu Umāmah said: “He who stays awake at night in purity remembering Allah, whatever need of this world and of the Hereafter he begs is granted by Allah.” Abu Umāmah narrates that the Messenger of Allah said, “Anyone who falls asleep in a state of purity

Umar ibn Khattab narrates from the Holy Prophet, “Allah says, ‘Whoever was not able to beg from Me anything

Mālik ibn Hārith says, “Allah  says, ‘He who is too busy remembering Me to beg from Me, I give him much more than what I give to those who beg.’” Jabir ibn Abdullah  narrates that the Holy Prophet  narrates from his Lord, “He who is unable to beg from Me for being engaged in My remembrance, I will confer on him better than what I grant to those who beg.”Mizzi, Tahdhib-ul-kamal (13:196#2884)  Ibn Abi Shaybah narrated in al-Musannaf (6:34#29273) as a marfu hadith through Amr ibn Murrah as well.

Taymiyyah narrated in Daqaiq-ut-tafsir (2:362) through Malik ibn Huwayrith.  Hudhayfah narrates that the Messenger of Allah  said, “Allah  says, ‘He who fails to find chance to beg from Me owing to being engaged in My remembrance, I grant him before he supplicates Me.’ Abu Nuaym, Hilyat-ul-awliya wa tabaqat-ul-asfiya (7:313)  Daylami, al-Firdaws bima thur al-khitab (3:168#4446)  Suyuti said in ad-Durr-ul-manthur fit-tafsir bil mathur (6:418) Ibn Mardawiyyah and Abu Nuaym narrated this tradition through Hudhayfah and Abu Nuaym also related it through Hudhayfah.  Paradise is the reward for remembrance assemblies

Narrated from Abu Darda, he said, “Indeed, the people whose tongues are always busy in remembrance of Allah will enter Paradise laughing smilingly.” 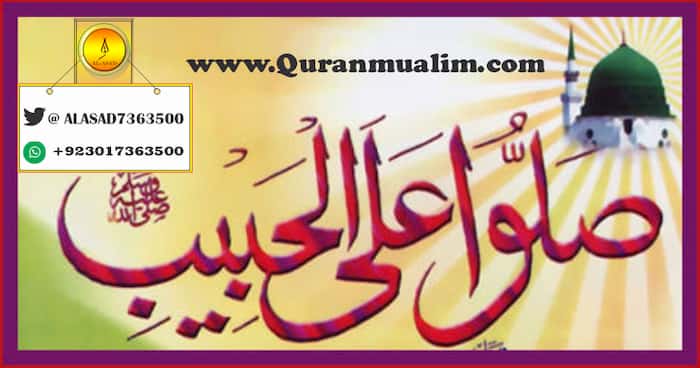 Dua The Weapon Of The Believer English PDF