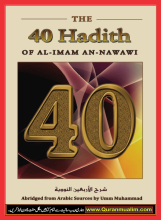 LIFE AND CONTRIBUTION OF IMAM An-NAWAWĪ TO HADĪTH LITERATURE

The Full Name, early life and character of Imam Yahya Al-Nawawi, His Education, Teachers and Pupils, His Writings, His Commentary on Şaħiħ Muslim and  His Death  Differences between Sharh Şaħiħ al-Bukhārī and Sharħ Şaħiħ Muslim

Imam Yahya Al-Nawawī was one of the famous commentators of Hadīth. He taught and wrote books on Hadīth (40 Hadith An Nawawi). His commentary on Şaħīħ Muslim is regarded the best commentary on the book of traditions. Though, a revered Muhaddith (Scholar of Hadīth), he was also a distinguished jurist. In this essay , we shall study his life and contribution to Hadīth literature.

In the last to the article we will be able to:  Give the full name and relate the early life and character of Imam Yahya al-Nawawī.  Highlight his education and enumerate his teachers and pupils. Provide evidence of his being an erudite scholar.  Evaluate his book of commentary on Şaħīħ Muslim  Compare Şaħīħ al-Bukhārī with Şaħīħ Muslim 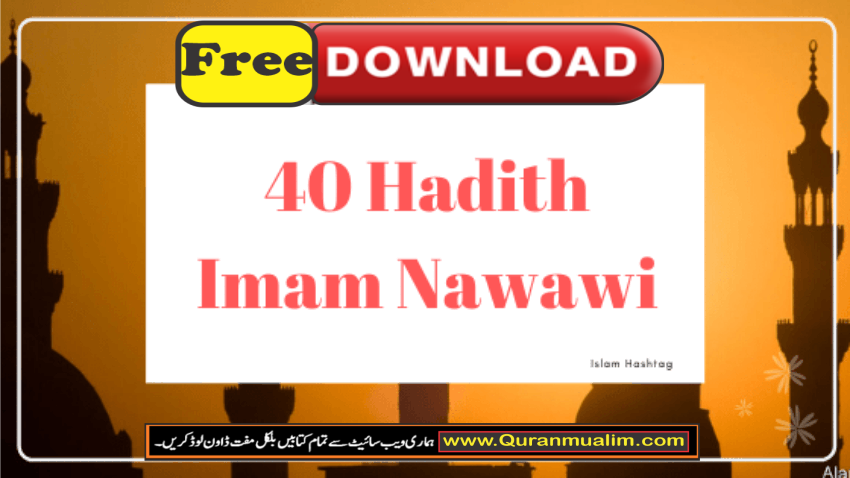 LIFE AND CONTRIBUTION OF IMAM An-NAWAWĪ TO HADĪTH LITERATURE:MAIN CONTENT

Imam was born in October 631 A.H. (about 1255 CE) in Nawa, South of Damascus, in the suburb city of Howran. His father who was a pious and virtuous man enrolled him in Madrasa al-Rawahiya in Damascus in 649 A.H. The young al-Nawawī, initially, wanted to study medicine but later changed his mind and went for Islamic studies. He learnt the Qur’ān by heart and also studied several books on Islamic jurisprudence in his early years. He was courageous, obedient, trustworthy, pious and hardworking. He considered trading such as buying and selling of books as his source of livelihood. Imam al- Nawawī earned the respect of people, especially the learned and the elite of his locale right from his childhood due to his fear of God, piety, power of knowledge and excellent character. He used simple dress and ate simple food. He enjoyed religious engagement than pursuing worldly things. Commenting on him, the celebrated Shaykh Muhyiddin said: “Imam a`n-Nawawī had three distinctive commendable qualities in his person. If anybody has only one out of these three, people will turn to him in abundance for guidance. First, having knowledge and its dissemination; second, evading completely from the wordly inclinations and third, inviting to all that is good and forbidding al-Munkar”. Give the full name and relate the early life and character of Imam Yahya al-Nawawī.

His Education, Teachers and Pupils.

Imam received the first stage education in his hometown. He started travelling to places in search of knowledge at the age of eighteen. He visited Damascus where he learned from scholars of the city. From there, he moved to Hijaz and studied from the eminent scholars of Makkah and Madinah. Prominent among his teachers was Shaykh Yasin bn Yusuf al-Zakhshī. In about 655 A.H. he began to write books and he was called to the Ashrafiya school of Tradition in Damascus in succession to Abu Shāmah who had just died. He offered his services free and declined to collect salary. 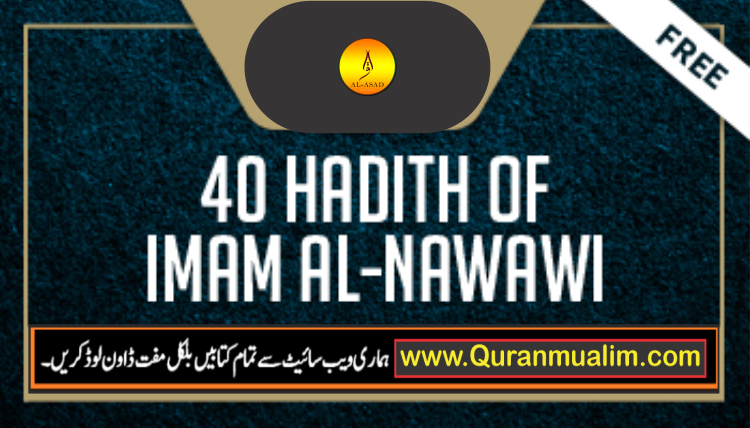 His Teachers and Pupils

Imam a`n-Nawawī studied under celebrated teachers that were regarded as masters and authority in different aspect of Islamic knowledge. Many of his teachers are:

There were also hundreds of Imam’s students. Some of them are:

Highlight his education and enumerate his teachers and pupils. His writings

Imam Yahya Al-Nawawī was a prolific writer. Though, he lived a short life, he wrote many books and treatises on various aspects of Islamic learning. He wrote on Islamic law, Jurisprudence, as well as Hadīth. The following works are attributed to him.

Provide evidence of his being an erudite scholar. His Commentary on Şaħīħ Muslim

Imam Nawawī  was a prominent scholar in the field of Hadīth (40 Hadith An Nawawi). He retained his high reputation to the present day in the field of Hadīth. He had an exceptional knowledge of Hadiths and adopted even stricter standards than many others in its criticism. For example he admitted only five collections of Hadīth as authentic and put Sunan Ibn Mājah on the same level with the Musnad of Ahmad ibn Hanbal. Furthermore, in spite of his fondness for Muslim he gave a higher place to Bukhārī. Among his major contributions to Hadīth Literature are his works known as: Arbaun Hadīth, Riyad al-Salihin, Al-Adhkar and Sharh Sahih Muslim. More importantly, Imam’s Sharh Muslim is a book of commentary on one of the six major collections of Hadīth, Şaħīħ Muslim. Although, popularly known as Sharħ Şaħīħ Muslim, the full name of the book of commentary is known as al-Minhaj bi Sharh Sahih Muslim. It is a 5 volume book printed in Cairo in 1283. In the introduction of the work,

Imam al-Nawawi gives a sketch of the science of Tradition. Generally, the Imam describes the isnād, (i.e., Chain of Narration), then explains the meanings of words and phrases in the Hadīth. The observations on the Isnads and the grammatical explanation of the traditions are made to verify the authenticity of the Hadīth and to clarify the real message in it in the Şaħīħ Muslim. He gives commentary from the theological and legal aspect to buttress and strengthen the subject matter. Quotations were also made when necessary from, not only the founders of the principal Islamic schools of thought, but also older jurists like Azāi, ‘Atā’ etc. Imam Nawawī also puts heading in Muslim’s work. Greater passentage of scholars of Hadīth consider this work the best commentaries on Şaħīħ Muslim. Nawawi’s commentary of Şaħīħ Muslim is brief, which may be the reason it is preferred by some Islamic scholars and leaners. Researches has even also shown that this book of commentary is preferred by many universities for their curriculum despite the fact that Imam Ibn Hajar’s commentary of Şaħīħ al-Bukhārī, the most important book of Hadīth, is regarded by the majority as the best commentary ever written on any book of Hadīth. 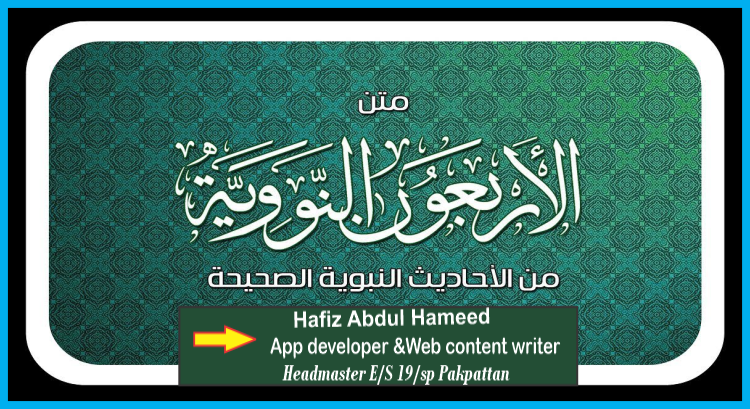 Evaluate his book of commentary on Şaħīħ Muslim His Death

Imam Yahya a`n-Nawawī returned to his hometown when he was about 45 years old. Shortly after his arrival at Nawaa, he fell ill and died. He died in the night of Wednesday 24th Rajab 676 A.H. at the age of 45.

Even though Ibn Hajar Asqalānī’s commentary on Şaħīħ Bukhārī and al-Nawawī’s commentary on Şaħīħ Muslim are highly valued by Muslims, it is undisputable that both invaluable works have many things in difference. Apart from the fact that the authors are Different, the approaches to the works are also different in many ways. Comparing the methodology of the two, the following points can be inferred:

Hadīth and Ibn Hajar’s commentary leaves the reader with a comprehensive understanding of the Hadīth and all that relates to it from the other books of Hadīth.

In this article, we have studied the life and contribution of Imam Yahya a`n-Nawawī to Hadīth literature (40 Hadith An Nawawi). He was portrayed as a great commentator of Hadīth. His Sharh Sahih Muslim which is a book of commentary on Sahih Muslim is an excellent and magnificient work of commentary. He had a great reputation as a scholar and a Jurist of a high rank. We have also established in this unit that are many other commentators on Ṣaħīħ Muslim. 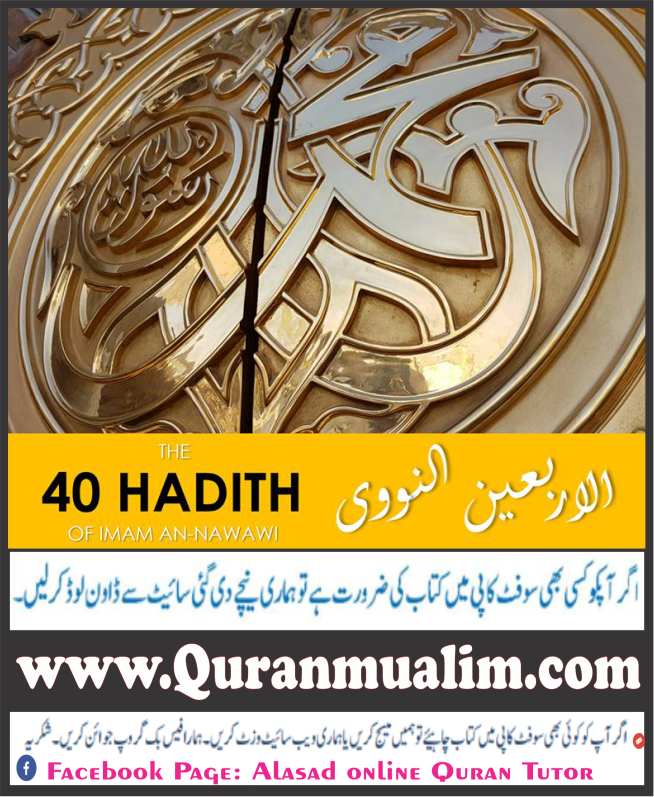