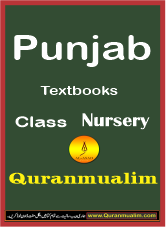 Punjab Curriculum and Text book Board keeps the object to make national development by stander textbooks, fulfill the need of the students and teachers, There are following certain standers steps for launching a Class Nursery Punjab Textbooks Fully awareness of the  curricular and subject pedagogy. Keeping in various the key  concepts. Chapter  vise elaboration. Use of pre  testing. Making   final   Draft. Following topics are also discussed here:

In Class Nursery Punjab Textbooks Primer English 1 four terms have been introduced. In the first term concept of Alphabets including capital letters and  small letters. In the second terms, Uppercase, Lowercase and Nursery Rhymes are included. In the 3rd term completed detail about writing and vocabulary is given.

In Class Nursery Punjab Textbooks Primer urdu there are three Quarters. Ist quarter is comprised on the concept of Haroof-e- Tahajji and Alif to Gaaf. The 2nd quarter comprises on the concept of the laam to Teeh. Half shapes of concept Haroof-e- Tahajji and their initial shapes. The 3rd quarter is comprised on pay concept and the poem Munnay ki Amman.

Flowing topics are include in the Neela Qaida: Students are introduced with the Haroof-e-Tahhajji (Arabic Alphabets Letters) along with their shapes and facility to write with the lead pencil in the Urdu Qaida.

These are our latest publication please visit it Thanks.

Health in Your Hands PDF(Quranmualim) 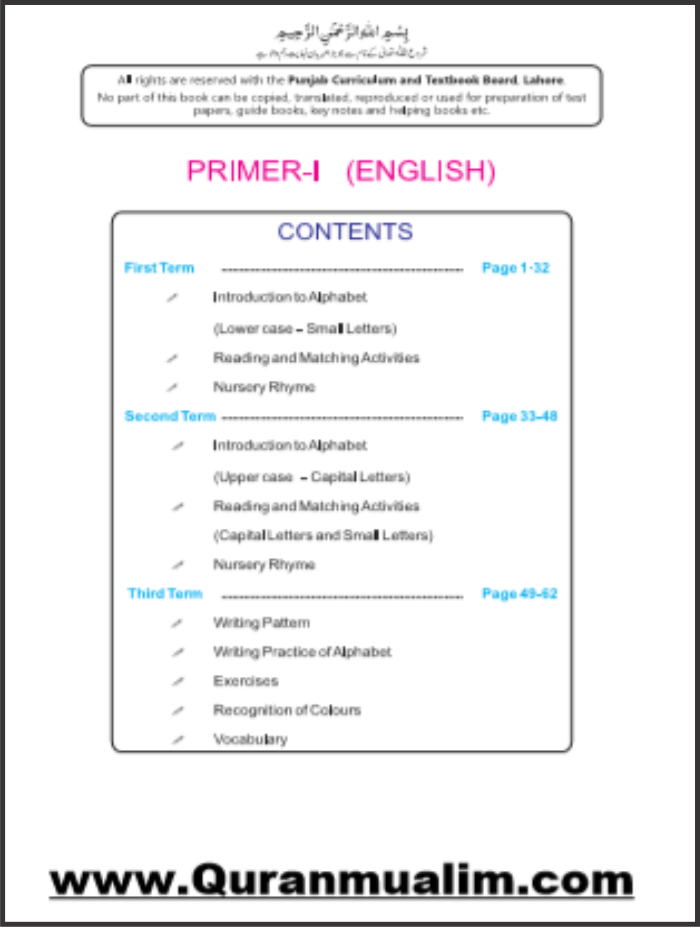 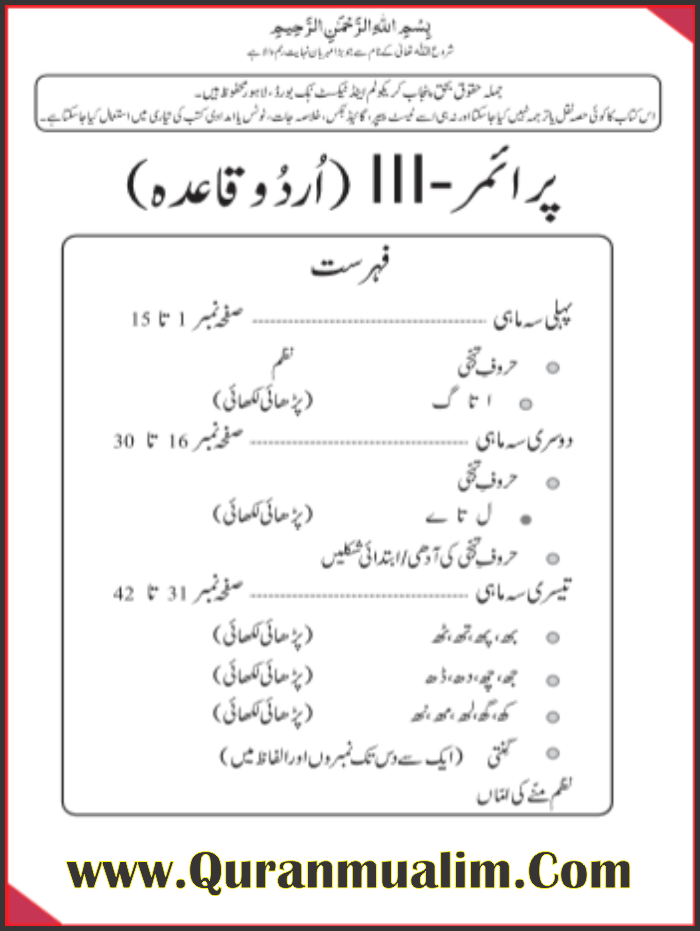