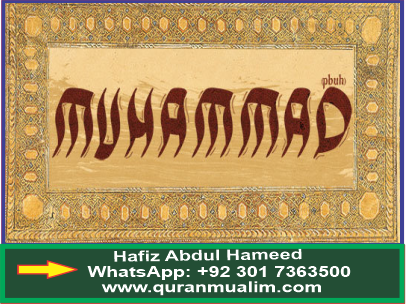 Among the letters that the Prophet (PBUH) had sent earlier to the rulers and kings, one was sent to Shurahbeel bin ‘Amr who was the king of Basra (Hooran) and a subordinate of Qaysar (Caesar). This Arab family had been following Christianity for long and ruled the border areas of Syria (Shaam). Harith bin ‘Umayr had taken the Prophet’s letter to him. Shrurahbeel killed him. The Prophet (PBUH) decided to avenge his murder and sent a military dispatch consisting of 3,000 soldiers to Syria. ( Zadul Ma’ad, 3: 381.) Zayd bin Al-Haritha, the Prophet’s slave, was in command. The Prophet (pbuh) instructed the Muslim army that if Zayd was martyred, J’afar Tayyaar should take over, and if he was martyred too, ‘Abdullah bin Rawaha should be taken as the commander. (Sahih Al-Bukhari, Kitabul Maaghazi, Bab Ghazwae Moota.)

Although this expedition was basically organized to avenge the murder of Harith bin ‘Umayr, the Prophet’s messenger, but the true spirit of Islam was observed on that occasion, too. The Prophet (PBUH) instructed the commander to extend the message of Islam to the enemies first, at the acceptance of which there was no need of a battle. The Prophet (PBUH) also instructed the Muslims to visit the site where Harith bin ‘Umayr had laid his life for the cause of Islam. He walked with the army up to Thanniyatul Wida’ to bid them farewelll. The Companions supplicated loudly to Allah to bring them back safe and successful. (Seeratun Nabi, 1: 506. )

Shurahbeel got ready to fight against the Muslims with a 100,000-strong army. Heracleus, the ruler of Rome, also collected a large army of the Arab tribes to support Shurahbeel and camped at a place called Ma-aab, which was in the districts of Balqa`. Finding the army of the enemy so large as compared to the Muslims, Hazrat Zayd wanted to inform the Prophet (PBUH) first and wait for his instructions. But ‘Abdullah bin Rawaha was of the opinion that their main objective was not victory, but martyrdom, which could be achieved even in adverse circumstances. (Seerat Ibn Hisham, 2: 375.)

Thus, this small army advanced and fell upon the enemies as large as 100,000-strong. Hazrat Zayd succumbed to the injuries and received martyrdom. After him Hazrat J’afar® took the flag in his hands. He first got off the horse and hit the legs of his own horse with a sword so as to deny himself a chance of leaving the battlefield under pressure, and then fought very valiantly until he was severely wounded. He also received martyrdom. (Seerat Ibn Hisham, 2: 378. ) Hazrat ‘Abdullah bin ‘Umar reports that he saw the dead body of Hazrat J’afar and found that he had received ninety wounds of sword and spear on his body, all of which were on the front side of his body. (Sahih Al-Bukhari, Kitabul Maghazi, Bab Ghazwae Moota. Sahih Al-Bukhari, Kitabul Maghazi, Bab Ghazwae Moota. All details are recorded in Ibn Hisham, 2, pp. 379-380.)After Hazrat J’afar, ‘Abdullah bin Rawaha took the flag and he also fell martyr fighting valiantly. Then Hazrat Khalid took the command and fought with the enemies with exceptional bravery. It is reported in Saheeh AlBukhari that eight swords broke down in his hand during this battle. But this battle was between 3,000 Muslims and 100,000 disbelievers and there was no chance for the Muslims to win. Hazrat Khalid took the Muslim army safely out of the battlefield.

The Prophet (PBUH) was greatly hurt at the outcome of the battle. He loved J’afar very much and his death was a great bereavement to him. He went to the mosque and sat there in sadness. A person came to him and informed that the women of Hazrat J’afar’s family were loudly mourning his death and were crying. The Prophet (PBUH) asked him to tell the women not to mourn for Hazrat J’afar loudly. The person returned and said that the women concerned did not listen to him. The Prophet (PBUH) asked him to go to the women again and ask them to stop mourning aloud. The messenger returned in helplessness and complained that he was unable to stop them from mourning aloud. Thereupon the Prophet (PBUH) said, “Put the dust in their mouth.” This event has been reported by Hazrat ‘Aisha in Saheeh Bukhari. In Saheeh Bukhari it is also related that Hazrat ‘Aisha told the messenger, “By God! If you do not do so, the Prophet (PBUH) will not get rest.” (Sahih Al-Bukhari, Kitabul Maghazi, Bab Ghazwae Moota.)

2 thoughts on “When was the Battle of Moota fought?”