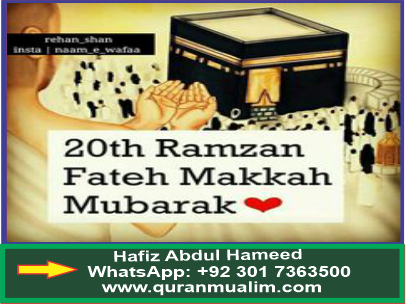 One of the clauses of the Hudaybiya Treaty ensured that the Quraysh and the Muslims would observe full restraint against fighting with each other for ten years, during which the independent tribes would be free to form an alliance with either of the parties as would suit their interest. Accordingly, the Bani Khuza’a tribe had sided with the Prophet (PBUH) and the Banu Bakr tribe had formed an alliance with the Quraysh. The Quraysh violated this clause of the treaty. It had not been even two years from the time the treaty was signed that Banu Bakr, the ally of the Quraysh, launched an attack on Bani Khuza’a, the ally of the Prophet (PBUH), in which the Quraysh helped them with the supply of arms. ‘Ikrama bin Abu Jahl, Suhayl bin ‘Amr (who had signed the peace treaty), Safwan bin Umayya, who were the chiefs of the Quraysh, had also participated under cover in that attack on Bani Khuza’a. The people of Bani Khuza’a appealed for peace and even tried to seek shelter in the K’aba, but they were put to death wherever they were found. When the frightened people of Bani Khuza’a appealed to Banu Bakr for mercy by saying, 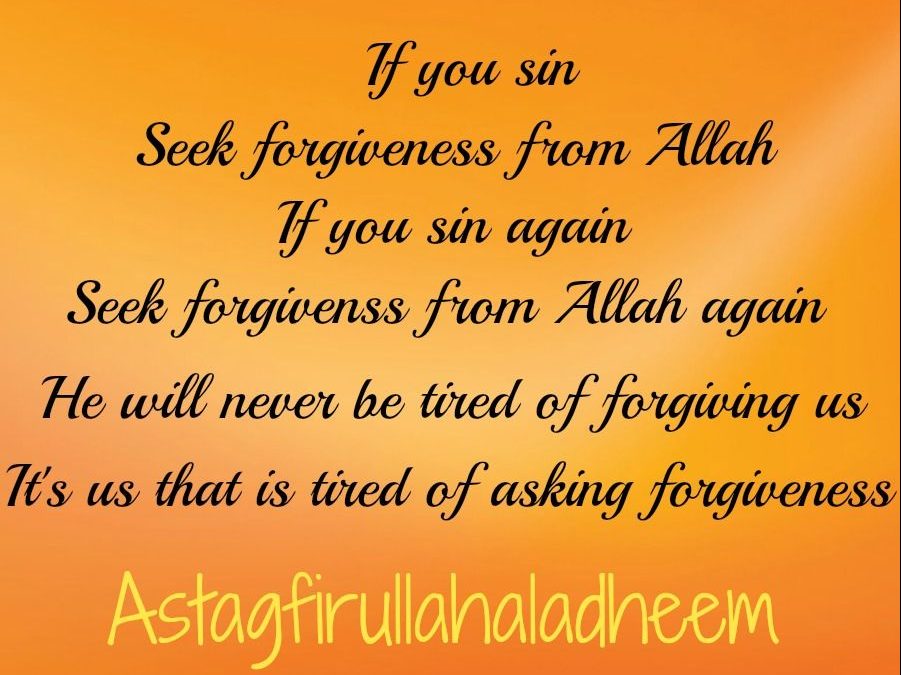 After the incident forty members of Bani Khuza’a who had somehow survived approached the Prophet (pbuh) and narrated the details of their destruction. ‘Amr bin Saalim Khuza’ai, a poet among the survivors, related the sad details of their story in verses that have been preserved in the books of history, some of which are translated below:

The terms of the treaty with the Bani Khuza’a, the need to redress the suffering of the oppressed, and the importance of regaining the confidence of the allies obliged the Prophet (PBUH) to take action. He proceeded to Makkah with 10,000 Companions. (Sahih Al-Bukhari, Kitabul Maghazi, Bab Ghatul Fath fi Ramadan. ) He had covered the distance of two stopovers when he saw Abu Sufyan bin Al-Harith bin ‘Abdul Muttalib and ‘Abdullah bin Abu Umayya coming toward them. These were the people who had opposed the Prophet (PBUH) most bitterly and had left no stone unturned to annihilate Islam. When the Prophet (PBUH) saw them, he turned his face from them. Umme Salma, the Prophet’s wife, submitted to him, “O Prophet of Allah! Abu Sufyan is the son of your own paternal uncle and ‘Abdullah is the son of your own paternal aunt ‘Aatika. Relatives so close should not be deprived of your kindness.”Hazrat ‘Ali also suggested to them that they should seek forgiveness from the Prophet (PBUH) in the words in which the brothers of the Prophet Yusuf (Alayhisalaam) had sought forgiveness from him. He hoped that by his natural kindness the Prophet (pbuh) would forgive them.

“By Allah! Indeed Allah has preferred you above us, and we certainly have been sinners.” [Yusuf, 12: 91].

“No reproach on you this day; may Allah forgive you, and He is the Most Merciful of those who show mercy” [Yusuf, 12: 92].

This show of magnanimity impressed Abu Sufyan very much and in exultation he recited the following verses:

“By my oath! When I used to raise the banner, So that the army of Laat (an idol) might prevail upon the army of Muhammad (PBUH); I was like a hedgehog that stumbles around in the dark night. Now the time has come that I take guidance and follow the straight path, Providence, not my self, has shown me guidance, The person who has shown me the path to God is he whom we had discarded and deserted.”

The Prophet (PBUH) had wished that the Makkans should not have any idea about his arrival at Makkah. That is how it turned out to be. The Prophet (PBUH) camped outside Makkah and asked the Muslims to burn the campfire. At that time Sufyan bin Harb was on a round around Makkah. He saw the large army in the light of the campfire and confessed that he was seeing such a magnificent army and such a huge campfire for the first time in life. Hazrat ‘Abbas bin ‘Abdul Muttalib who had earlier immigrated to Madinah and was in the army, recognized Abu Sufyan by his voice. He informed Abu Sufyan that the Prophet (PBUH) was camping there with his Companions. He added that the following day was going to be a horrible day for the Quraysh. Then fearing that Muslims might see Abu Sufyan and kill him, he covered him behind his dagger and escorted him to the Prophet (PBUH).

When the Prophet (PBUH) saw Abu Sufyan, his archenemy, he said, “Abu Sufyan! May good come to you….Has the time not yet come when you profess that there is no deity other than Allah?” Abu Sufyan replied, “How humble and how merciful you are! And how much you incline to show consideration to those in relation! By God! I understand that if there were any deity other than Allah, he would have helped me now.” The Prophet (pbuh) then said, “Abu Sufyan! May you be guided by wisdom! Has the time not yet come when you profess that I am Allah’s Prophet?” Abu Sufyan replied, “May my parents be a sacrifice for you! How humble, merciful, and considerate to people in relation you are! I am still in doubt about it.” Hazrat ‘Abbas  warned Abu Sufyan in distress, “O you, before you are beheaded, accept Islam and proclaim that there is no deity except Allah and that Muhammad (PBUH) is the Messenger of Allah.” Hearing these words, Abu Sufyan proclaimed faith in Islam and became a Muslim. (Seerat Ibn Hisham, 2: 402-03, Zadul Ma’ad, 3: 398, 401-02.) 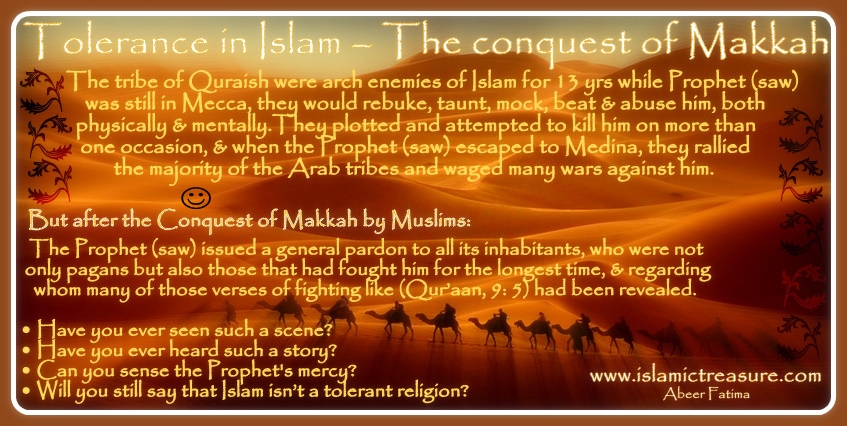