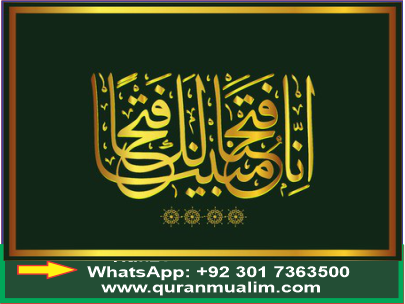 The Prophet (PBUH) returned to Makkah after three days.In the way this verse was revealed to him:

The incident that had disheartened the Muslims as defeat was thus referred to as victory by Allah. When the Prophet (PBUH) told Hazrat ‘Umar about this revelation, he asked in surprise, “Is this victory?” The Prophet (PBUH) replied, “Yes.” It is related in Saheeh Muslim that Hazrat ‘Umar then felt consoled and satisfied. Later developments revealed that it was actually so.

Until then the Muslims and the disbelievers did not mix with each other. Now the peace treaty facilitated social interaction among them. The disbelievers now came to Madinah for trade and stayed there for months and dealt with Muslims, which helped them know about Islamic values. In addition, every Muslim was a living example of sincerity, virtue, piety, and moral refinement. The Muslims who went to Makkah exhibited a high level of refinement and excellence. This naturally attracted the hearts of the disbelievers toward Islam. (Zadul Ma’ad, 3: 309.)Historians relate that during the Hudaybiya Peace Treaty and the Conquest of Makkah such a large number of people accepted Islam as was never known before. (Dalaelun Nabuwwah, 4: 160.)Hazrat Khalid (conqueror of Syria) and ‘Amr bin Al-’Aas (conqueror of Egypt) accepted Islam during this very period. ( Seeratun Nabi, 1: 459.) 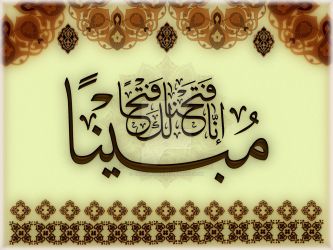 The clause that stipulated that a Muslim escaping from Makkah to Madinah would be returned was applicable only to men; it did not apply to women. The following verse was revealed later regarding such women:“O you who believe! When believing women come to you as emigrants, examine them; Allah knows best as to their Faith, then send them not back to the disbelievers. They are not lawful (wives) for the disbelievers nor are the disbelievers lawful (husbands) for them. But give them (the disbelievers) that (amount of money) which they have spent [as their Mahr] to them. And there will be no sin on you to marry them if you have paid their Mahr to them” [Al-Mumtahanah: 10].

The Muslims who were still in Makkah and were undergoing persecution there escaped to Madinah to come to freedom. First of all, ‘Utba bin Usayd (Abu Busayr) fled to Madinah. The Prophet (PBUH) asked him to return to Makkah. ‘Utba said, “Are you sending me back to the disbelievers who force me to unbelief?” The Prophet (PBUH) replied, “Allah shall devise a way out for you.” Unwillingly, ‘Utba returned to Makkah in the keeping of two disbelievers, but at a place called Zul Hulayfa, he, in a bid to secure his release, killed one of his captors while the other escaped to Madinah and informed the Prophet (PBUH) about the incident. Abu Busayr also reached there after him and submitted to the Prophet (PBUH), “You sent me back according to the treaty. Now you do not owe any responsibility to them (about me).” Saying these words, he left Madinah and took refuge at a place by the bank of the sea called ‘Ays, which is close to Zomra. When the Muslims at Makkah came to know about this place of refuge, they escaped from there and joined Abu Busayr at ‘Ays. This way they increased in number to the extent that they started attacking the trade caravans of the Makkans going to Syria. Whatever they took from these caravans was the source of their sustenance.

The Quraysh were thus forced to write to the Prophet (PBUH) that they willingly cancelled from their side the clause of the treaty according to which the Makkan Muslims migrating to Madinah had to be given back to the Quraysh. Thereupon the Prophet (PBUH) wrote to Abu Busayr and his associates to come to Madinah. Accordingly, they went to Madinah and settled there. Thus the business route of the Makkans became safe again. ( Sahih Al-Bukhari, Kitabush Shuroot, Bab Al-Shuroot fil Jihad.)

Among the women, Umme Kulthoom, who was the daughter of ‘Oqba bin Mu’eet, a chief of Makkah, and had accepted Islam, came to Madinah. Her brothers ‘Omara and Waleed also came after her and requested the Prophet (PBUH) to send her back with them. As this was not mentioned in the treaty, he refused. (Sahih Al-Bukhari, Kitabul Maghazi, Bab Ghazwa Al-Hudaybiya) The wives of some Companions had stayed back in Makkah and refused to accept Islam; the Companions divorced them. (Sahih Al-Bukhari, Kitabush Shuroot, Bab Al-Shuroot fil Jihad.)

Allah called the Hudaybiya peace treaty a victory, which turned out to be a victory of heart, not the oppression of body. It provided for Islam a peaceful environment to exhibit its excellence. Even the enemies considered this treaty as victory. Khalid bin Waleed was a distinguished leader of the unbelievers: he was the commander of the army in the period of ignorance, savior of the cause of the Quraysh in the Battle of Uhud, and commander of the front battalion in Hudaybiya. But when the peace prevailed, he, too, could not resist the call of heart and entered into Islam. (Seeratun Nabi, 1:473. Al-Asaba, 1: 418)

After the peace treaty of Hudaybiya, Hazrat Khalid® set out to Madinah. Hazrat ‘Amr bin Al-’Aas met him in the way and asked about his destination. Khalid replied, “To accept Islam. How long (can I deny the call of truth)?” ‘Amr bin Al-’Aas told him that he too was on his way to Madinah for the same purpose. Both of them appeared before the Prophet (PBUH) together and professed Islam. Henceforth the excellence and valor that was misused in the service of unbelief was used in the love of Islam. When Khalid® was passing by as commander of one of the battalions on the eve of the conquest of Makkah, the Prophet (pbuh) inquired about his identity. On being told that he was Khalid, he commented, “Khalid is the sword of Allah.” (Sunan Tirmizi, Abwabul Manaqib. ) In the Battle of Moota, in which three Muslim commanders lost their lives one after another, he took the Muslim army out of danger. During the caliphate, Hazrat Khalid snatched Syria from the Romans and ‘Amr bin Al-’Aas conquered Egypt. (Seeratun Nabi, 1: 474.)