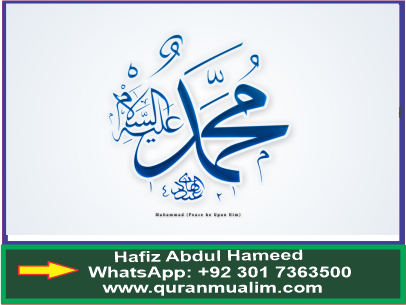 In the battle only fourteen Muslims received martyrdom, six Muhajir and eight Ansar. But the Quraysh received an irreparable setback. The chiefs of the Quraysh and famous leaders of the tribe – ‘Utba, Shayba, Abu Jahl, Abul Buhtari, Zam’a bin Al-Aswad, ‘Aas bin Hisham, Umayya bin Khalaf, and Munabba bin Al-Hajjaj – were all killed. About seventy persons from the Quraysh died and the same number of people were taken prisoners. From the captives ‘Oqba and Nazar bin Harith were freed. The others, including Hazrat ‘Abbas, Aqeel (Hazrat ‘Ali’s, brother), and Abul ‘Aas (son-in-law of the Prophet (pbuh)), were brought to Madinah (Tareekhe Tabri, Kitabul Maghazi, Bab Ghazwae Badr.)

It was the practice of the Prophet (PBUH) in the battle that wherever he found a dead body, he got it buried at that very place. But as the number of the dead was quite large in the Battle of Badr and as it was practically difficult to bury each of them separately, he ordered that all the dead bodies should be put into a wide well that was nearby. (Sahih.) But the dead body of Umayyah had swollen and begun to rot, and so, he was buried at that very place. (Tareekhe Tabri, 2: 37.)Kindness to Prisoners 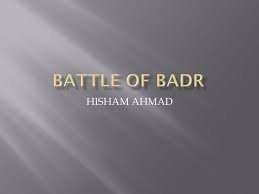 The prisoners of war were distributed among the Companions in small numbers, two to four, to a family to take care of. There were clear instructions that the prisoners should be provided with all necessary facilities to ensure comfort to them. The Companions treated them very kindly: they fed them regular food while they themselves lived on dates. Abu ‘Azeez, brother of Mus’ab bin ‘Umayr who was one of the prisoners, narrates that when the Ansar family to whom he was entrusted as a captive prepared to eat in the morning or evening, they put bread in front of him and picked up dates for themselves. Abu ‘Azeez says that he felt ashamed at the sacrifice of their captors and gave the bread back to them. But they always returned it to him and did not touch it. This was only because of the teaching of the Prophet (pbuh) that the prisoners should always be treated well. ( Tareekhe Tabri, 2: 39, Taabaqat Ibn S’ad, 2: 14. )

Suhayl bin ‘Amr, a prisoner, was a powerful orator and used to speak against the Prophet (pbuh) in gatherings. Hazrat ‘Umar suggested to the Prophet (pbuh) that Suhayl’s two lower teeth should be pulled out so that he could not speak clearly in the future. The Prophet (pbuh) replied, “If I disfigure him, Allah will disfigure me in retaliation, although I am a prophet.” (Seeratun Nabi, 1: 330. reference Tareekhe Tabri. )The prisoners did not have proper clothes; the Prophet (pbuh) arranged clothes for them. Hazrat ‘Abbas, the Prophet’s uncle, was tall and no shirt (Kurta) fit him. ‘Abdullah bin Ubay, leader of the hypocrites (Raeesul Munafiqeen), who also was tall, gave his shirt to ‘Abbas. It is related in Saheeh Al-Bukhari that his own shirt (Kurta) that the Prophet (pbuh) later gave to enshroud ‘Abdullah bin Ubay’s dead body  (kafan) was meant to repay him for his courtesy that he had once shown to Hazrat ‘Abbas. (Sahih Al-Bukhari, Kitabul Jihad.)

Each prisoner was asked to pay four thousand dirhams for his release. Those of the prisoners who were unable to pay were released without ransom. The prisoners who knew to write were asked to teach writing to ten Muslim children in order to obtain freedom. (Musnad bin Hanbal, 1: 247. )Hazrat Zayd learned to write this way. ( Seeratun Nabi, reference Taabaqat Ibn S’ad. ) 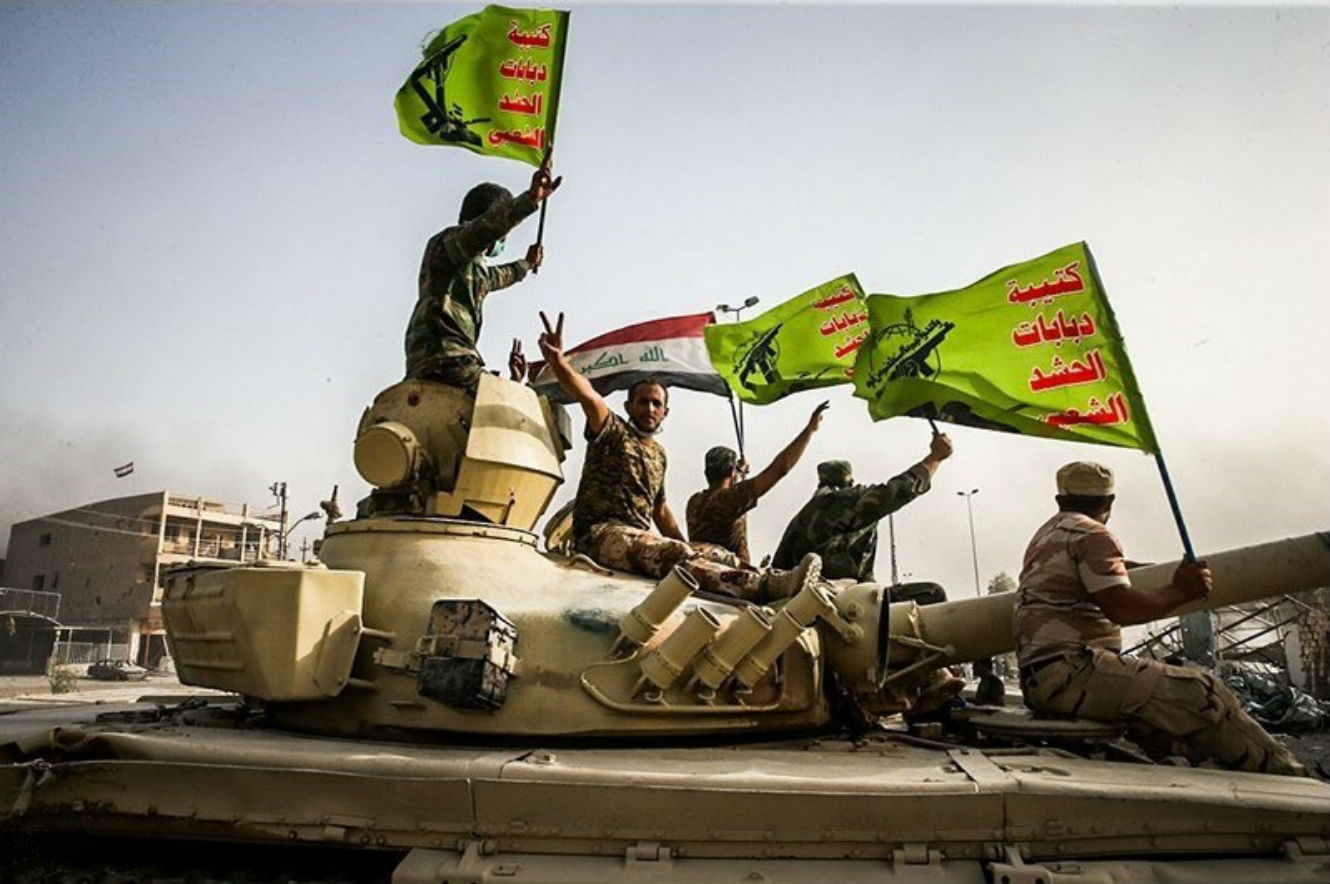 The Ansar submitted to the Prophet (PBUH) that as Hazrat ‘Abbas was their nephew, son of a lady from their tribe, they would like to excuse him from paying ransom (Fidya), but the Prophet (PBUH) wanted to treat all prisoners equally, and, therefore, ‘Abbas had to pay money to secure release. The amount charged from an average prisoner was four thousand dirhams, and from the rich more. More than four thousand dirhams was charged from ‘Abbas also. He complained, but he missed to realize that the equality that Islam had established among human beings surpassed all discriminations between the close and the distant, the relative and the unrelated, the commoner and the distinguished. But, in spite of the Prophet’s insistence on equality for all, his love for Hazrat ‘Abbas was so genuine that when he heard the groans of Hazrat ‘Abbas in captivity under the duress of knots he was tied with, he remained restless until ‘Abbas’ knots were eased. (Al-Bidaya wan Nihaya, 2: 300.)

Abul ‘Aas, son-in-law of the Prophet (PBUH) was also taken prisoner in the Battle of Badr. He did not have money to pay ransom (Fidya). Hazrat Zaynab, the Prophet’s daughter who was his wife and was in Makkah at that time, was informed that she should send Fidya money for his release. When she was married, Hazrat Khadija, the Prophet’s first wife and mother of Hazrat Zaynab, had given her an expensive necklace. Hazrat Zaynab sent that very necklace to secure her husband’s release. When the Prophet (PBUH) saw that necklace, the sweet memory of Hazrat Khadija flashed his mind and touched his heart so deeply that he could not control his tears. He asked his Companions, “If you wish, the article (the necklace) bearing the memory of the dead mother may be returned to the daughter.” All agreed at once and the necklace was returned to Hazrat Zaynab.

When Abul ‘Aas was released and returned to Makkah, he sent Hazrat Zaynab to Madinah. He was a very successful businessman. After a few years, he took a business trip to Syria with a large amount of merchandise. While he was returning, a troop of Muslims arrested him and captured his property. His business merchandise was distributed among the soldiers, but he escaped to Madinah and managed to reach Hazrat Zaynab. She gave him asylum. The Prophet (PBUH) said to the Muslims, “If you agree, return the merchandise to Abul ‘Aas.” The Muslims immediately complied and all the articles of Abul ‘Aas were returned, even a piece of thread, so to say. This touched the heart of Abul ‘Aas. He returned to Makkah, cleared accounts with his business partners, and professed Islam. He said later that he had returned to Makkah to clear accounts with his business partners so that they did not accuse him later of accepting Islam for the fear of returning money to them. (Seerat Ibn Hisham, 1: 657, Dalaelun Nabuwwah lil Bayhaqui, 3: 154-157, Tareekhe Tabri,  3: 43-44.)

‘Umayr bin Wahab was a staunch opponent of Islam among the Quraysh. He and Safwan bin Umayya once got together at Hajr and mourned the dead in the Battle of Badr. Safwan said, “By God! There is no charm in life now.” ‘Umayr replied, “You said the truth. Had I not been under a debt and worried about the future of my children, I would have gone to Madinah and slain Muhammad (PBUH) My son is still a prisoner there.” Safwan took guarantee for the payment of ‘Umayr’s debt and for looking after his children. Thus assured, ‘Umayr came home, poisoned his sword, and reached Madinah. Hazrat ‘Umar® got suspicious about him and, holding him by his neck, brought him to the Prophet (PBUH) The Prophet (PBUH) asked Hazrat ‘Umar® to release ‘Umayr and addressed ‘Umayr: “’Umayr, come close to me. With what intention have you come to Madinah?” ‘Umayr replied that he had come to obtain his son’s release. The Prophet (PBUH) questioned him, “Then why are you armed with a sword?” ‘Umayr cunningly evaded the question by saying, “Did the sword do any good to us in Badr?” The Prophet (PBUH) told him, “Didn’t you and Safwan plan at Hajr to assassinate me?” ‘Umayr was thunderstruck to hear these words and said, “Muhammad (PBUH) verily you are a Prophet of God, for none except Safwan and I knew about our plan.” He then proclaimed faith in Islam on the spot. The Quraysh who were waiting to hear the news of the Prophet’s assassination heard with sad heart the news of ‘Umayr’s acceptance of Islam. 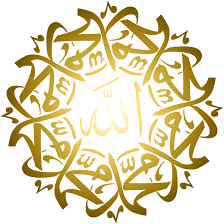 The Prophet (PBUH) told the Companions about ‘Umayr, “Teach your brother the religion, help him in memorizing the Qur`an, and set his son free.” ‘Umayr requested the Prophet (PBUH) to permit him to go back to Makkah and preach Islam there. He said that as he used to vex the Muslims before, he now wished to challenge the disbelievers. After the departure of ‘Umayr to Madinah on the evil mission of slaying the Prophet (PBUH) Safwan told the people, “Wait for a few days. You will hear the news which will make you forget the sufferings of Badr.” When he heard about ‘Umayr’s conversion of Islam, he was greatly pained and took an oath that he would never talk to him in life, nor would he ever let any good reach him. ‘Umayr returned to Makkah and started preaching Islam to people there. Many persons accepted Islam at his invitation. (Dalaelun Nabuwwah lil Bayhaqui, 3: 147-49, Seerat Ibn Hisham, 11: 661.) 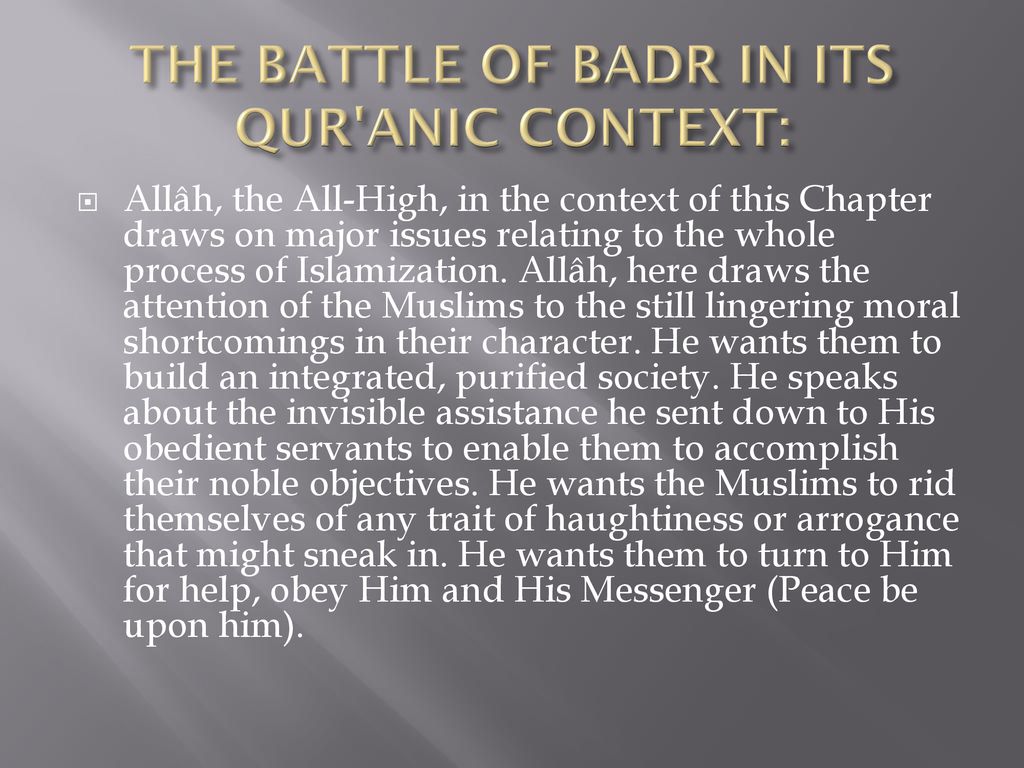