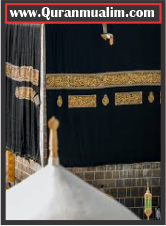 Do Sa‘y i.e. walk seven times between As-Safa and Al-Marwah.Sa‘y will start from As-Safa, while coming towards As-Safa read the following Qur’anic Verse:

You should climb on As-Safa (If you can) so that you can see Ka‘bah, facing Ka‘bah praise Allah,raising your hands say “Allahu Akbar” three times and then read three times following words(supplications):

La ilaha illallahu wahdahu la sharika lahu, lahul-mulk wa lahul-hamd, wa huwa ‘ala kulli shai’i qadeer.(There is no god but Allah, One, He has no partner. His is the sovereignty, to Him praise is due, and He is powerful over anything.) La ilaha illallahu wahdahu anjaza wa‘dahu, wa nasara ‘abdahu, wa hazamal-ahzaba wahdahu.(There is no god but Allah Alone, Who fulfilled His promise and confirmed the truthfulness of His slave and defeated the opponents Himself.)

Before descending from mount As-Safa, pilgrim can make any Du‘a. Now you come down from As-Safa and start walking to Al-Marwah. While going to Al-Marwah, there are two green pillars with green lights. Between these pillars, men should run or move fast, but walk at normal pace before and after the green pillars.

NOTE: Old men, sick people, women can walk at normal pace even between these green pillars.When you reach near Al-Marwah, while climbing or after climbing, recite Allahu Akbar three timesand then repeat the same words three times as you did at As-Safa (this is to be done each time youreach As-Safa and Al-Marwah). From As-Safa to Al-Marwah makes one round, in this way sevenrounds (3″ round trips) will finish at Al-Marwah. During Sa‘y one should remember Allah andsupplicate in his own words.  After Sa‘y i.e. when you finish seven rounds at Al-Marwah, end your Umrah by shaving or cutting hair of head (Cutting of head hair for men should be all around). Women should cut 1-2 cm of haironly (hairs should be cut at the lower end taking care not to expose the hairs in front of men). After Umrah, a person can take off his Ihram and put on normal dress. All the prohibitions related to Ihram are lifted including sexual relations with wife.

Question: What is Ramal?

Answer: Ramal is to walk fast in first three rounds of Tawaf with right shoulder uncovered accompanied by movements of arms and legs to show one’s physical strength and is done by the men only and not by women.

Question: How the Ramal (walking fast during first three rounds of Ka‘bah) started?

Question:Which animals can be scarified during Hajj?

Answer:The sacrificial animals (Hady) of Hajj are sheep, goat, camel and cow (In case of camel and cow,seven people can share equally).

Question: What are the conditions for the acceptability of the Hady (Sacri-ficial animal)?

Question:What is the proper time and place for slaughtering the Hady?

Answer: Proper time for slaughtering the Hady is on 10th  Dhul-Hajjah after Ramy (throwing stones at Jamaratat Mina) or upto three days after i.e. 11th, 12th and 13th Dhul-Hijjah, which are called the days ofTashriq ( which means to cut meat into pieces for drying, which was traditional way of preserving meat which couldn’t be eaten right away).

Hady can be slaughtered in Mina or Makkah? What is the difference between Mustahab (desirable) or Wajib (compulsory) sacrifice?

Answer: The Mustahab Hady is that which is sacrificed by a person per-forming Hajjal-Ifrad.The Wajib Hady is for the people performing Hajjal-Qiran and Hajjat-Tamattu‘. 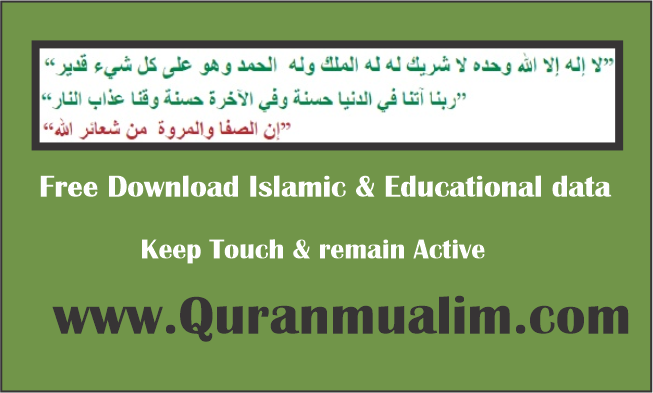