Thursday, October 28, 2021
Quran Mualim Learn Islam
Home Hajj and Umrah The Holy pilgrimage of the messenger | The rituals of Hajj 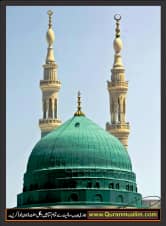 Jabir bin Abdullah [(May Allah be pleased with him)] was the last living companion of the Prophet[(Peace and Blessings of Allah be upon him)]. He was about ninety years old, when sometime before his death, Muhammad bin Ali, the grandson of Husain (when he was a young boy), went to see him along with a few of his companions. As Jabir bin Abdullah had lost his eyesight, he inquired about the people who had come to see him.Muhammad bin Ali bin Husain said that, when he disclosed his identity to Jabir [(May Allah be pleased with him)], he was very delighted. Jabir [(May Allah be pleased with him)] wished Allah’s blessings on him and welcomed him to his place and then invited him to ask what he had come to ask.Muhammad bin Ali reported, when he began asking questions, the time for prayer approached, Jabir (May Allah be pleased with him) then put on a short cloak (covering over clothes) and stood up for the prayer. The cloak was so short that it would slip down over and over again, but he completed the prayer with it, though he had another larger cloak lying on a clothing rack nearby. After the prayer,Muhammad asked him to tell him about the Hajj of the Prophet (PBUH).Jabir [(May Allah be pleased with him)] counted nine on his fingers and said that the Prophet (PBUH) did not go for Hajj during the first nine years of his stay at Madinah. Then in the tenth year after the Hijrah (Migration to Madinah), he publicly announced that he would be going for Hajj that year. People started coming to Madinah from everywhere in order to accompany the Prophet [PBUH)] to Makkah and learn the Rituals of Hajj directly from him.The Hajj caravan moved out of the city headed by the Prophet [(PBUH)] and then we stopped at Dhul-Hulaifah for a day or so. During the stay at Dhul-Halaifah, Asma’ bint Umais, wife of Abu Bakr [(May Allah be pleased with him)], gave birth to Muhammad bin AbuBakr. She sent a message to the Prophet (PBUH) asking him,“What should she do?” The Prophet [(Peace and Blessings of Allah be upon him)] sent a message back to her that she should take a bath, put a cloth on her private parts and put on Ihram (for Hajj).After leading the prayer at Dhul-Hulaifah, the Prophet [(PBUH)]mounted his camel called Qaswa’, and rode to a nearby elevated plain called Baida. When Jabir looked around and found as far as he could see, there were many people coming from all directions,some riding on camels and some on foot. Jabir said, “The messenger of Allah was in our midst, and since he was receiving revelation, we followed him whatever he said. Here at Baida, the Prophet[(Peace and Blessings of Allah be upon him)] recited the following Talbiyah aloud:The companions also recited the Talbiyah aloud adding a few words, but the Prophet [(PBUH)] did not mind the additions, he just went on reciting his own.

Talbiyah.Jabir further said, “The main purpose of our journey was to perform Hajj and not Umrah. When were ached the house of Allah, the Prophet [(Peace and Blessings of Allah be upon him)] kissed the black stone (Al-Hajaral-Aswad) and then started Tawaf around Ka‘bah. He completed first three circles at afast pace and the last four at the normal walking pace.Then he came to the place of Ibrahim (Maqam Ibrahim) and recited:

Talbiyah.Jabir further said, “The main purpose of our journey was to perform Hajj and not Umrah. When wereached the house of Allah, the Prophet [(PBUH)] kissed the black stone (Al-Hajaral-Aswad) and then started Tawaf around Ka‘bah. He completed first three circles at afast pace and the last four at the normal walking pace.Then he came to the place of Ibrahim (Maqam Ibrahim) and recited:

He then stood up for the prayer with the place of Ibrahim between him and Ka‘bah and offered twoRak‘at prayers in which he recited Surah Al-Kafiroon (109) and Surah Al-Ikhlas (112).He then returned to black stone, kissed it and went out through a gate towards mount As-Safa, when he reached there, he recited:

Iqamah, and rode to Mash‘ar al-Haram, where he stood facing the Qiblah and supplicated to Allah declaring His Greatness, His Oneness and His Glory for quite sometime. When the daylight spread, he left for Mina a little before sunrise with Fadl bin Abbas behind him on his camel. When he came to the bottom of the valley of Muhassir, he urged his she-camel to go a bit faster. He then followed the middle path leading to the largest Jamrah, which was near a tree, and he threw seven pebbles at it one by one, saying Alla hu Akbar each time he threw. These were small pebbles, which he threw from the valley side. After this he went to the place of sacrifice and sacrificed sixty-three camels with his own hands and then got his head hair shaved. Ali, who shared in the sacrifice offering, sacrificed the rest of camels. Then he commanded that a piece of flesh from each sacrificed camel should be taken and cooked. FOR MORE INFORMATION: 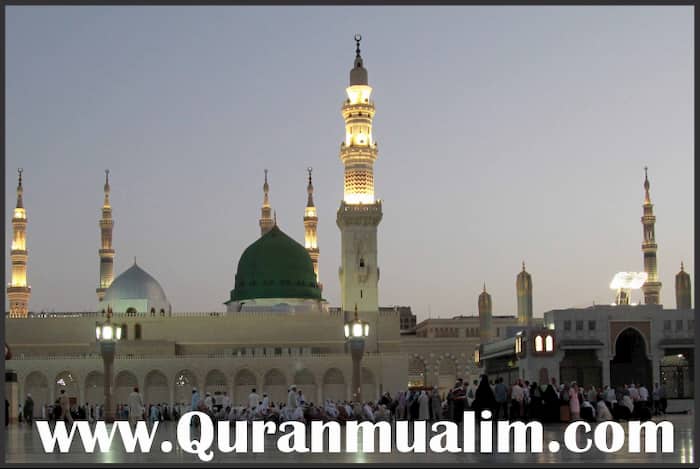 Haj and Umrah from A to Z (Quranmualim)