Details are as follows:

Pilgrimage to Mecca  – (Big Satan) only, this is near to Makkah side. (The other two pillars (Satans) arenot to be stoned on 10th Dhul-Hijjah). Throw seven stones one by one, saying Allahu Akbar at eachthrow.

If you throw seven stones at one time, it will be counted as one throw. Timing of stone-throwing on 10th Dhul-Hijjah starts after sunrise i.e. in the morning and continues till sunset. Ifsomebody could not throw stones till sunset, he can throw it after the sunset i.e. at night till themorning prayer time of 11th Dhul-Hijjah.

Pilgrimage to Mecca  – Sacrifice of animal (required in Hajjat-Tamattu‘ and Hajjal-Qiran), you can eat some of its meatand distribute its major part to the needy. Sacrificial animal is sheep or goat or seventh share in camelor cow per person (out of seven equal shares) morin normal clothes. This Tawaf is an essential part of Hajj. Without thisHajj is not complete.

After Tawafal- Ifadah, pray two Rak‘at behind Maqam Ibrahim or anywhere inthe Holy Mosque. If you are doing Hajjat-Tamattu‘ you will perform Sa‘y of Hajj also (seven rounds between As-Safa and Al-Marwah) as earlier Sa‘y which you had done with Umrah ended with yourexit from the state of Ihram of Umrah.

you must do Sa‘y afterTawafal-Ifadah. After Tawafal-Ifadah, you get the second release, all the prohibitions are lifted i.e. one can havesexual relations with his wife and he returns to completely normal life. After performing Tawafal-Ifadah on 10th

Dhul-Hijjah, but before sunset.

SUMMARY: A brief summary is given below for all the important points mentioned above:

To pray for Eid prayers at Mina is not proven by Sunnah. The essentials of Hajj without which Hajj is not complete are:  1.  Ihram with intention of Hajj. 2 .  Presence at Arafat on Hajj day i.e. 9th Dhul-Hijjah. 3.  Tawafal-Ifadah. 4.  Sa‘y between As-Safa and Al-Marwah.

Question: What should a person do on 11th Dhul-Hijjah at Mina?

Answer:The pilgrim should collect 21 stones, size of a pea or little larger at Mina or if you have already collected stones at Muzdalifah, perform the rites of Ramy (throwing stones at pillars).

Time of Ramy starts after Zuhr and lasts till sunset. Stone three pillars starting with the smallest Jamrah known asAl-Oolaa, which is nearest to Masjid Al-Khayf and the first one while coming from Mina to Makkah,followed by the middle pillar (Wusta) and finally last large pillar (Aqabah) which is nearest toMakkah. At each pillar, throw seven stones, one by one, saying Allahu Akbar at each throw.

The old,weak, sick and females are allowed to stone even after the sunset on 11th Dhul-Hijjah i.e. during thenight till the morning prayer time of 12th Dhul-Hijjah or they can appoint somebody to throw the stones on their behalf.

If they appoint someone then that person will throw his stones first, followed by stones of the person he is representing, while he is at the same pillar (i.e. throw your seven stones,one by one and while you are at the same pillar, then throw seven stones, one by one for the person you are representing); there is no need to finish your Ramy first then go again to throw stones for another person that you are representing.Detail is as under: 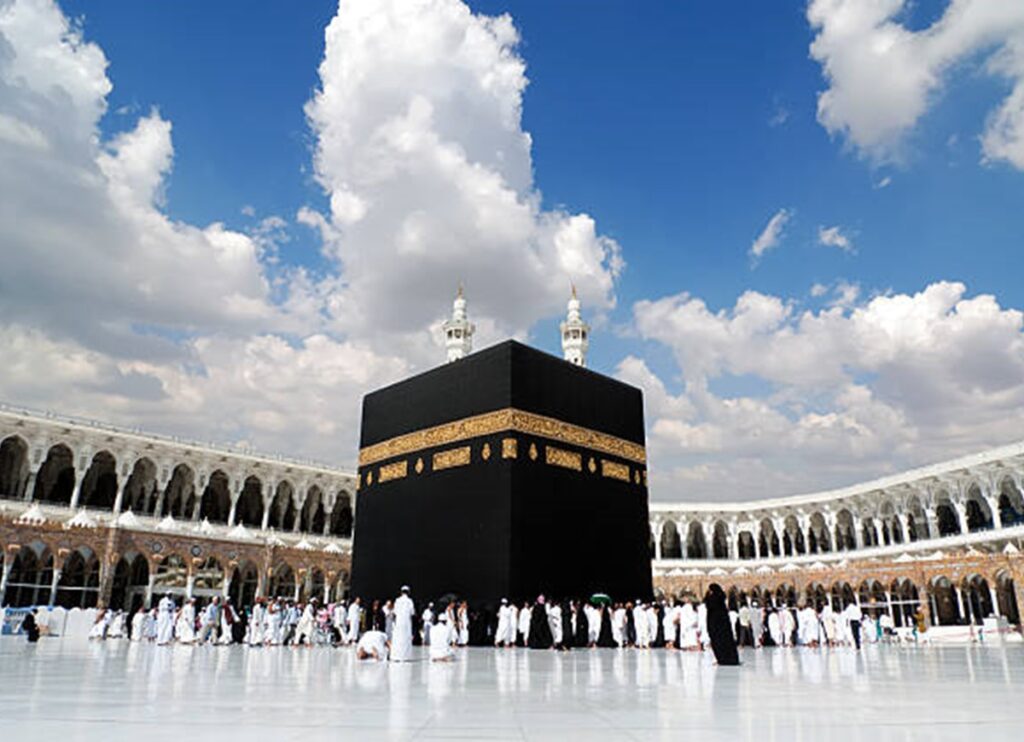