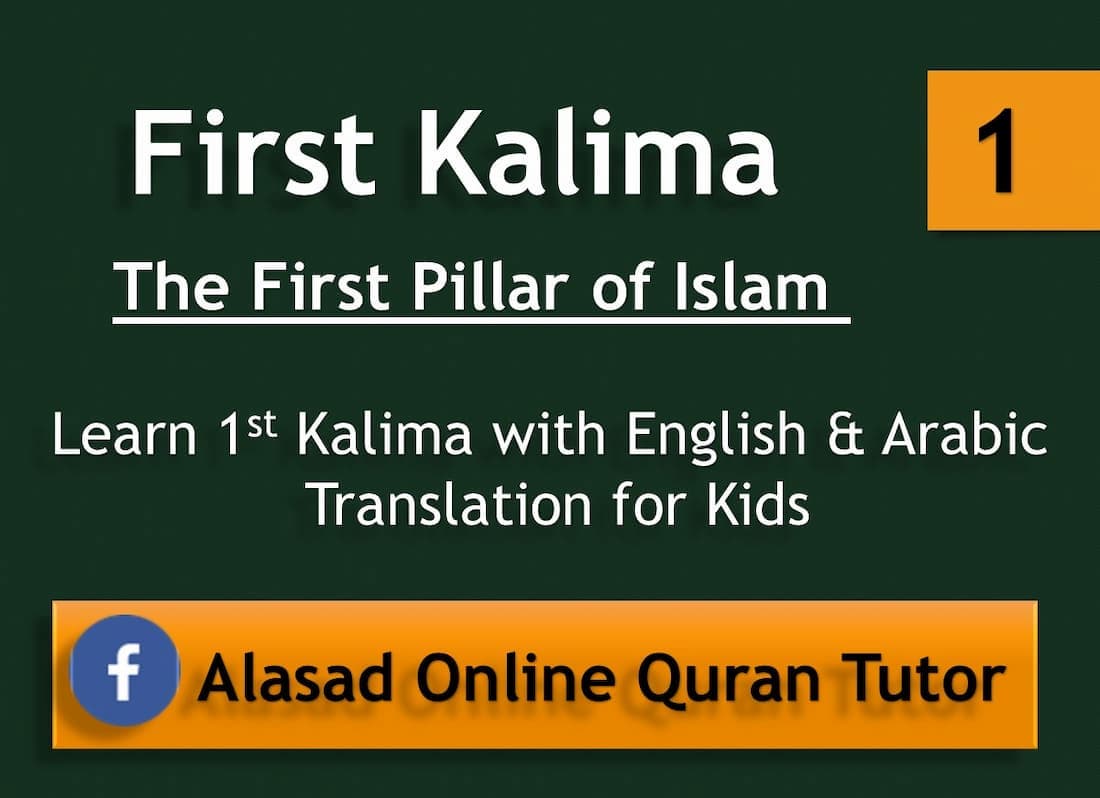 What are the six Kalimas in Islam and why are they important?

Dear Brothers and Sisters, First Kalima mean the word of purity. There are six Kalimas in Islam (First Kalma (Tayyab), Second Kalma (Shahadat),Third Kalma (Tamjeed), Fourth Kalma (Tauheed), Fifth Kalma (Astagfar), Sixth Kalma (Radde Kufr) and they are widely memorized by millions over all the World because they teach basic  beliefs about Allah Almighty and Islam. These six Islamic statements are educational, religious and often taught to Kids, Toddlers, children while they are young.

Importance of 6 Kalmas in Islam

All Kalma (6 Kalimah in Islam)  has its own importance and each word in a Kalma helps in increase of Iman. 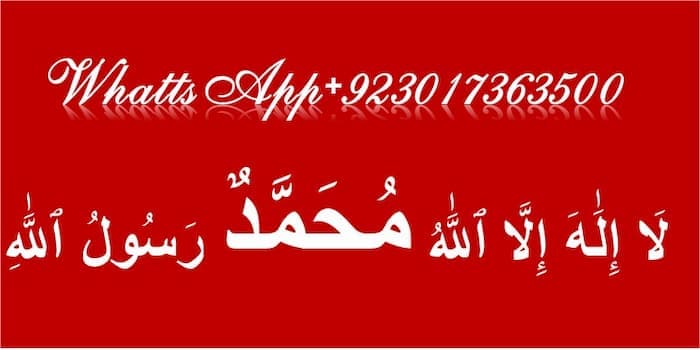 The first kalima  means the word of purity. The second kalima  is declaration of faith . The other three kalmas are azkar, Dua, Prayer (remembrance of Allah Almighty) which teach the importance of worshiping and asking for the forgiveness of Allah Almighty

The belief among some Muslims, New Muslim that it is mandatory for all Muslims to have all six kalmas learnt by heart but this is not true. The kalmas are not found altogether in any one hadith or mentioned in any narration in the Noble Quran. Rather it is in your best interest to know All Kalimas  and understand their meaning.

Inshallah by memorizing the six kalimas (First Kalma (Tayyab), Second Kalma (Shahadat),Third Kalma (Tamjeed), Fourth Kalma (Tauheed), Fifth Kalma (Astagfar), Sixth Kalma (Radde Kufr)) they will server you all your whole life if you can find a way to recite often. In this Article we will cover the first kalima which is referred to as kalima tayyab.

English Translation: There is no God but Allah (One and Only) and Muhammad (The last Prophet) PBUH is the messenger of Allah

The Total of all letters of Kalma Tayyaba 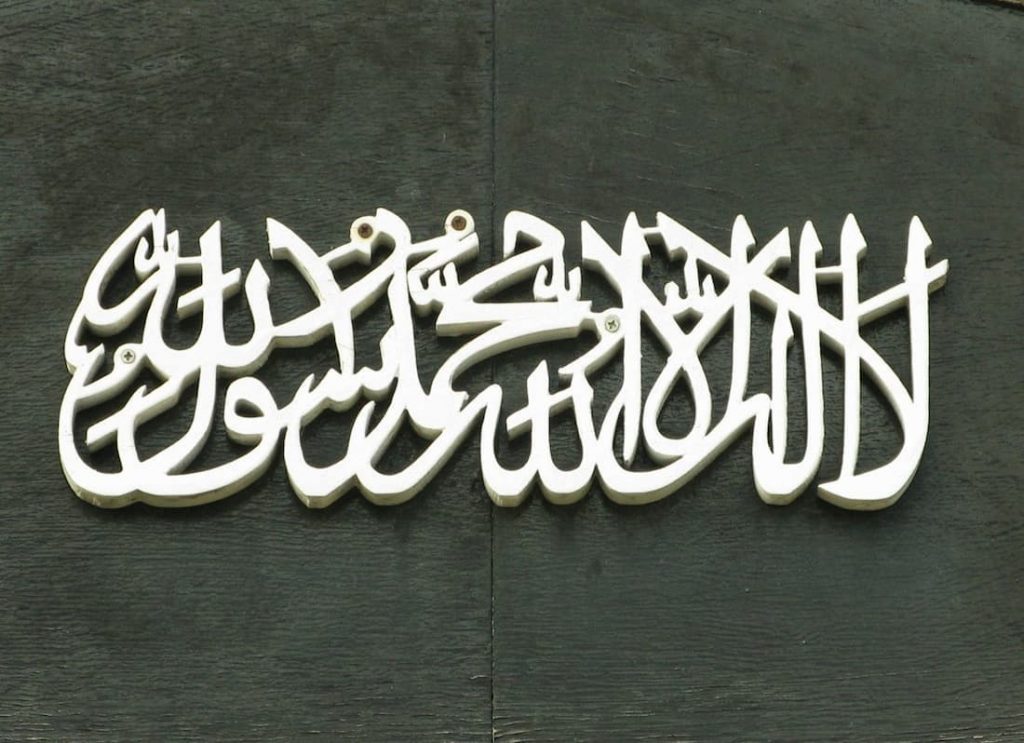 Prophet Muhammad’s (sal lal-lahu alaihi wasallam) name starts from The word Meem م whose abjad number is 40 (Forty) and Prophet Muhammad (PBUH) got prophethood (nabuwwat) at the age of 40 years Only.

Kalma Tayyaba Contains 7 words.If we add Haroof abjad number for all Arabic Alphabet letters in each word , we get the following table.

.If we add Haroof abjad number for all Arabic Alphabet letters in each word

Another variation of 1st Kalma Tayyaba   is when we add up Haroof abjad numbers of each word to a single digit. The, we get following result:

Another variation of 1st Kalma Tayyaba

1st Kalma Tayyaba is when we add up Haroof abjad numbers of each word to a single digit.

This is the sum of words of 1st Kalma Tayyab i.e Total No 619.1st Kalma Yayyab has 7 (Seven) words. You know there are 7 days of week (Saturday, Sunday, Monday, Tuesday, Wednesday, Thursday, Friday, Saturday),7 heavens ( The names of seven heavens including: دارالسلام / دارالجلال / جنت المأوی / جنت خلد / جنه العدن / جنه الفردوس / جنت نعیم،.) and seven earths (1. Troposphere, 2, Ozonosphere.3. Stratosphere.4. Mesosphere.5. Atmosphere.6. Ionesphere.7. Exosphere. ) are there. And 24 Arabic letters are there. if we write 24 as 114 it becomes number of chapters of The Noble Quran. So that way if we add Haroof  abjad numbers of letters to make them small or single digit then the following result is found:

So thatway if we add Haroof abjad numbers of letters to make them small or single digit then the following result is found: The Total is =79 which becomes as: 7+9=16=1+6=7 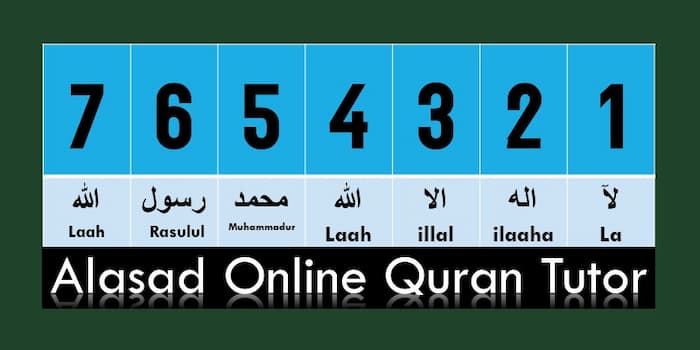 Dear Islamic Brothers and Sisters, Also you can see The Messenger of Allah (peace be upon him) name is surrounded by Name of Allah Almight. Also in Kalma Tayyab all letters are dotless (There is no dot ( zer , zabar , and pesh ) in the First Kalma Tayyab). And scholars say that dotless letters are very powerful in all Alphabets.

Kalma tayyaba has two part one is about Allah and the Second Part is about Prophet Muhammad (saw).We know that name of Allah contain 4 letters only  as Alif ,Laam,Laam,Hay. And the Haroof abjad number of Allah’s name is 66 (Sixty-Six), which becomes 6+6=12=1+2=3.  The first part of Kalma contains only 3 unique letters Laam,Alif and hay.i.e.

Allah Definition-But the number of words are 4 Four as you can see above. And in name of Allah i.e.  الله

There are 4 Arabic letters in Allah’s words so there may be a connection between each word of Kalma and the letters of Allah’s name. The Allalh’s name is the 4th word from the beginning and the name contains 4 letters.

Second Part of the Kalima  tayyaba

And in the Second part of Kalma there are 12 Arabic letters and the number of unique letters is 9 and 9 is the greatest single digit. The last part contains 3 words only  and each word consists of 4 letters exactly. The Prophet’s Name Muhammad (PBUH) is the 5th word in Kalma and there are 5 prayers. Total number of Arabic letters are 24 so it means a one should follow Allah(swt) and Prophet Muhammad (pbuh) 24 hours a day.

The Haroof Abjad sum of first part of Kalma

The Haroof Abjad sum of first part of Kalma is 165

If we write a best combination of this number 165 as 615 then it becomes 6 1+5=66.Which is the sum of Allah’s name الله. Dear Brothers and Sister, If we add first three words then its total is=99 which is the total number of names of Allah(swt) and the name of Allah is separate total are 100.

Total number of names of Allah

2nd Part OF the Kalma

In the end I would say, Allah knows the best, May Allah shower of Blessing upon You and Your Family.