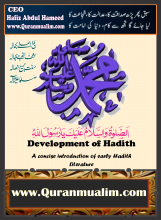 This unit reviews the meaning of Hadīth, its dissemination, believers Companion during and after the demise of the Prophet Muhammad, the position of Hadīth in Islam and the golden era of Collection of hadith 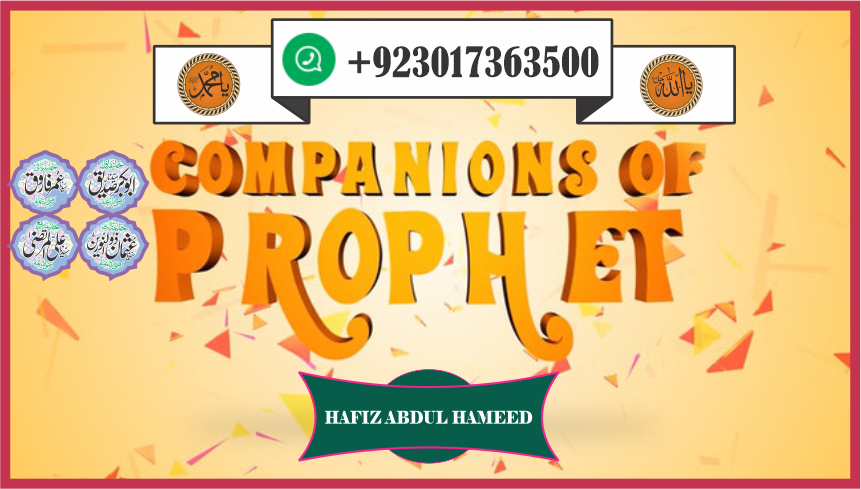 The Origin  Collection of hadith

Hadīth is an Arabic word which means a report, story, narration, or discourse. Its plural form is Aħādīth. Scholars succinctly define Hadīth as: “A word spoken, an act done or a confirmation (approval) given by the Holy Prophet Muhammad (Ş)”. Prophet Muhammad (Ş), like other prophets was sent not only to deliver but also to interpret, expound or practicalize divine message from Allah (Qur’ān). This is confirmed in the Holy Qur’an: “There is surely a good example for you in the Messenger of Allah, for Him who hopes (to meet) Allah and the hereafter and remembers Allah abundantly” (33:21).

It can then be inferred that whatever the Prophet (Ş) said or did was based on the revelation to him. Thus, his acts and sayings were inspired by Allah. . Hadīth covers all sides of human life such as spiritual, economic, political, social, matrimonial and even judicial matters. The area of Hadīth is very wide that it even touches the issue of conjugation, inheritance, divorce and more. Another word that is often used interchangeably with Hadīth is Sunnah. Briefly, Sunnah means complete way of life of the Prophet (Ş), both private and public. That is, Prophet’s practice, habits, deeds and actions. So, one of the major differences is that while Hadīth is an oral communication by the Prophet, Sunnah is his practical way of life. Whatever be the case, it has to be understood that the Hadīth and the Sunnah represents the second primary source of Islamic law. 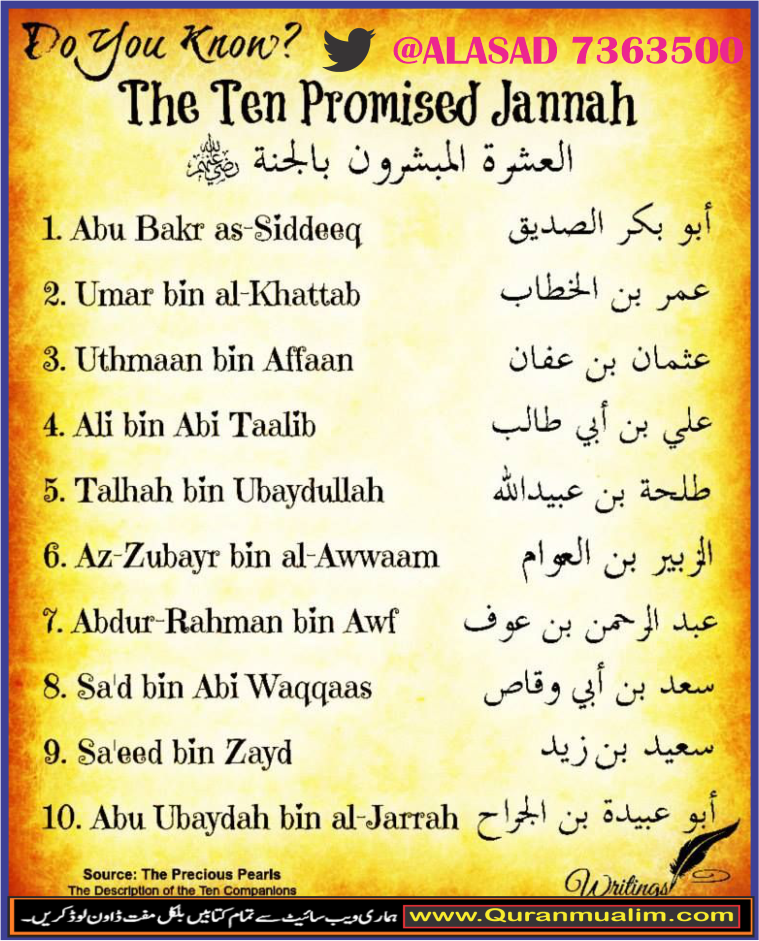 Give the origin of Hadith and the scope of its subject matter.

Role of the believers Companion in the preservation of Collection of hadith Naturally, the believers Companion sought after the knowledge of what the Prophet did or said because they understood them as law they should follow faithfully as they could. Mention could be made of Abu Hurairah who kept constant company with the Prophet for three years at the expense of many worldly pursuits in order to hear and see the virtuous words and acts of the Prophet. It was also been reported that Umar Ibn Khattāb who was not living very close to Madinah made arrangement with an Ansar to report to him whatever he saw or heard from the Prophet every other day. Thus, it was a common practice among the believers Companion to inquire from themselves new acts and words of the Prophet whenever they met themselves. Historically, the earliest Collection of hadith and preservation of Hadīth is credited to the believers Companion of the Prophet. The collections and preservation of Prophet’s sayings which later became Hadīth was the wonderful work of the companions and those who followed them. Mention could also be made of one known companion of the Prophet named Urwah bn Zubair who was said to have started the compilation of the sayings of the Prophet. His writings was said to have become documents for many companions through his son known as Hisham. Research has shown that some Ahādīth were written in the days of the Prophet and the four orthodox caliphs with personal efforts. The companions understood that the Holy Prophet did not only come to reveal the message of the Qur’ān to the world but also to teach it and train people to run their lives in accordance with its requirement. This is acknowledge in the Holy Qur’an when Almighty says: “He (Allah) is the one who raised up, among the unlettered, a Messenger from among themselves who recites the verses of Allah, and make them pure, and teaches them the book and the wisdom” (62:2). The Prophet himself also encouraged the companions to spread his sayings.

3.Composing: Many of the believers Companion could peruse and compose. These Companions wrote down what they heard from the Prophet. Writing of Hadith, however, was not common that time. The reason being that Prophet Muhammad discouraged it for fear that it could be mixed up with the Holy Qur’ān. 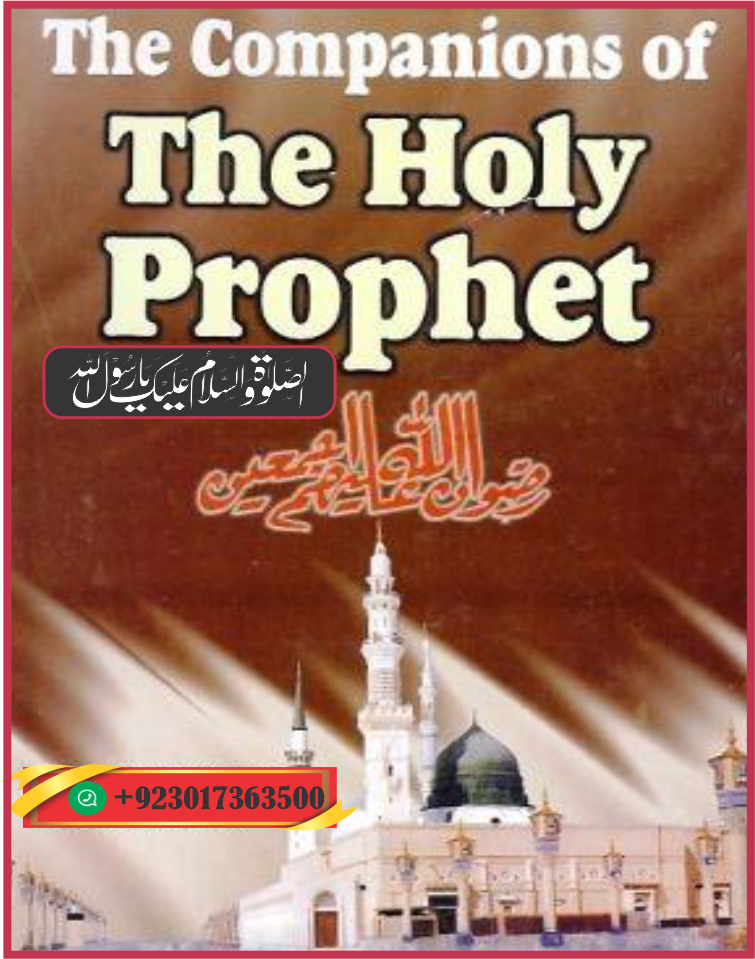 Discuss the role of the Sahabah in the preservation of Hadith.

Issue of Prohibition of Hadīth Recording during the Prophet Era In the beginning, the Prophet forbade some believers Companion from writing down the Hadīths. At that time, Prophet only allowed the writing of the Holy Qur’ān. It should be noted that the earlier prohibition was not because the ahādīth had no authoritative value, as he himself, ordered oral transition of what he said or did. He was quoted to have said:

“Try not to compose (what you get notification) from me, and whoever has composed something (he heard) should erase it. Narrate to others (what you hear) from me and whoever deliberately credits a lie to me, he ought to set up his seat in the fire”.

The fact is that, the Qur’an was revealed in piece-meal and when the revelation first started, many believers Companion wrote the ahādīth along with the Qur’ān. Thus, the Prophet forbade the writing of the ahādīth for the fear that the two might get mixed up as the Şahābah were, then, not fully aware or familiar with the Qur’ān style. However, it should be noted that Prophet Muhammad later removed the transitory measure when the believers Companion became fully conversant with the style of the Holy Qur’ān and more writing materials were available. At this time, the danger of mixing the AHadīth with the Qur’an no longer existed. Many ahādīth that were later reported from the Prophet were evidences that the writing of ahādīth was not only permitted but also ordered by the Prophet. Some of the ahādīth are: “I swear by the one in whose hands is the soul of Muhammad, nothing comes of these two (lips) except truth. So do write”. He (Ş) replied: ‘You may write”. Examine the view that the Prophet Muhammad banned some believers Companion from writing down of Hadith. The Collection of Hadīth after the Death of the Prophet Really, the importance of Hadīth recording, collection and even compilation were realized after the death of the Prophet. Particularly when the Islamic community was growing out of Arabia and time span of Prophet’s death was increasing, there was greater need of Hadīths not only by many believersl. The Prophet’s ahādīth and or Sunnah were highly needed to explain different parts of the Qur’ān, give practical example of how to carry out some Islamic injunctions and the likes. Another major reason that necessitated the collection of Hadīth was that the Companions who knew the Hadīth at first hand were gradually passing away. Thus, many people showed great eagerness in learning and preserving the precious Hadīth literature. This started during the age of the rightly guided caliphs. At this time, Companions of the Prophet settled in different countries which had been conquered by the Muslims. So, a number of centres for learning and collection of Hadīths came into existence. Companions like Abu Hurairah, Abdullah Ibn Abbas, Abdullah Ibn Umar and Anas bn Malik became centers to whom people came from different parts of the Islamic territory to learn and collect Hadīths. Prophet’s wives like Aishah and Hafsah, as expected were also custodians of Hadīth and Sunnah of the Prophet and they were approached for its collection. When a disciple had collected and learned all the Hadīths he could from one Companion, he would go to the next Companion and so on, collecting as many traditions as possible. Some even traveled long distance to Collection of hadith traditions from various believers Companion of the prophet. 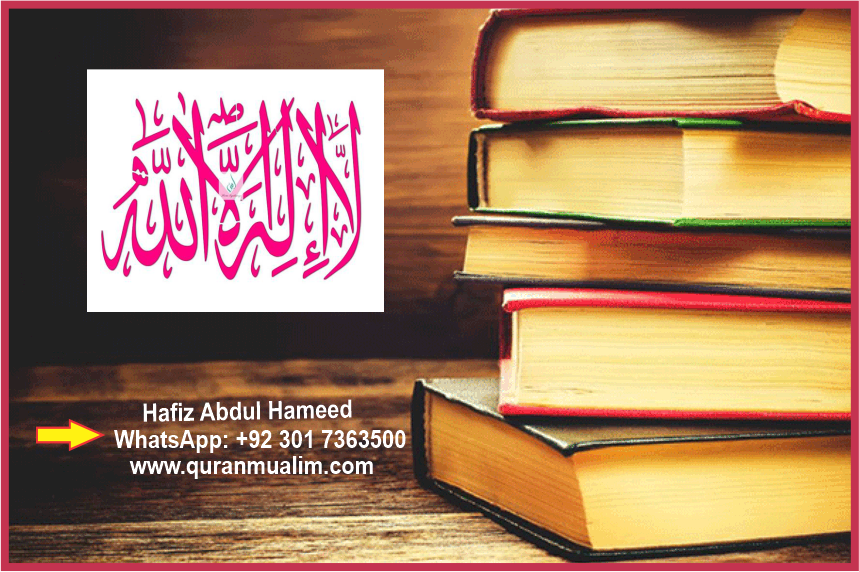