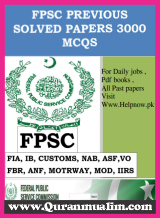 FIA means Federal Investigation Agency. It is FIA and under the control of Minister and Secretary of Interior Ministry

FIA have to perform the various functions like control movement across borders, investigation of crime, counter intelligence, lam enforcement on security matters, operation against terrorism, espionage huge crime, smuggling, infringement and some other crime. All this Jurisdiction is mentioned in the lam of the land since 1974. FIA makes unit the collaboration of INTERPOL in international crimes. FIA Headquarter is in Islamabad. There are offices and branches in all main cities in the country. Besides this 39 plus immigration wings in Pakistanis embassies at international levels has been established. The current DG. FIA’s name is Wajid  Zia. Another intelligence Directorate was established in 2014 to collect all intelligence got from 30 Plus intelligence institutions of Pakistan.

FIA is a model for police of the province. FIA is impartial, competent and respectable law enforcing institution.

Posts are filled through FederAL Public Service Commission (FPSC) by giving the advertisements and by giving the written and completion is always tight. Thus to pass these, excellent performance in written test and interview test is must.

Syllabus of FIA Tests. Following is the Syllabus for the test: 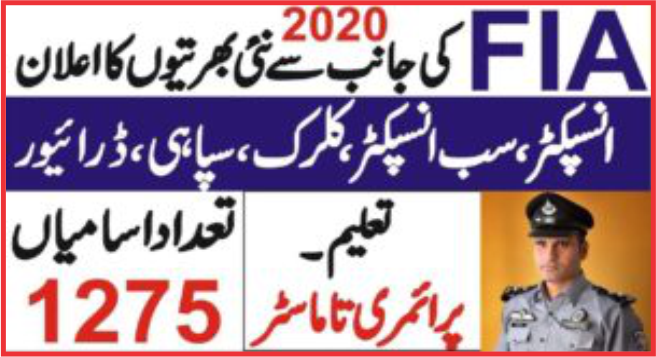