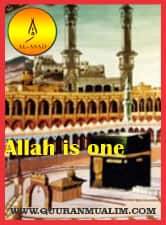 Abu Darda narrates that the Messenger of Allah said, “On the Day of Resurrection, what happens to The human souls 40 days after death in islam, ? Allah will raise individuals with their appearances brilliant splendid; they will be perched on platforms of pearls. Individuals will wonder about them. They will be neither Prophets nor martyrs.” Abu Darda says, “A Bedouin rose on his knees and submitted, ‘O Messenger of Allah, describe their appearances sothat we may remember them. Tabarani has transmitted it and its chain of narrators is hasan (fair Haythami said in Majma-uz-zawaid (10:77) Tabarani has transmitted it and its chain of narrators is hasan (fair). Mundhiri said in at-Targhib wat-tarhib (2:262#2327; 4:12#4583) Tabarani has related it with a hasan (fair) chain of transmitters.  Muādh ibn Jabal narrates, “I heard the Messenger of another for My Majesty and Grandeur will have pulpits of Allah  saying: ‘Allah has said: Those who love one light, and Prophets and martyrs will feel for them delightd.’”(Tirmidhi, al-Jami-us-sahih (4:597#239 Suyuti said in ad-Durr-ul-manthur fit-tafsir bil-mathur (1:368) Tabarani has reported it through Abu Darda Tirmidhi, al-Jami-us-sahih (4:597#2390) Abu Nuaym, Hilyat-ul-awliya wa tabaqat-ul-asfiya (2:131

Suyuti said in ad-Durr-ul-manthur fit-tafsir bil-mathur (4:372) Ibn Abi Dunya, Ibn Jarir, Ibn Mundhir, Abu Shaykh, Ibn Mardawiyyah and Bayhaqi have related it through Abu Huraira.  Abu Mālik Ash‘ari  narrates, “I was with the Holy about things which, if made manifest to you, might do you Prophet when this verse was sent down: ‘Do not ask harm.’” He says, “We asked the Beloved Messenger questions to which he replied: ‘Some of the servants of Allah are those who are neither Prophets nor martyrs. But on the Day of Resurrection Prophets and martyrs will exult over their nearness to Allah and the couches granted to them by Him.’ A Bedouin, said, ‘O Messenger of Allah, tell us about them who they are.’ I saw the Holy Countenance of the Beloved Prophet blossomed with a blissful smile. He areas and tribes; they do not have any blood-relations but  said, ‘They are the people who come from different when they meet they try to exceed each other with love and affectation. They also try to surpass each other in spending in the way of Allah. . Allah will brighten their faces. Allah will place pulpits of pearls for them in front Him. On that Day people will be obsessed with fear but they will be free of any fear; people will be sad but they will be glad.’(Tabarani, al-Mujam-ul-kabir (3:290#3433)

Prophets and martyrs will feel joyful for their couches and nearness to Allah.’ It was submitted, ‘Who are they, O Messenger of Allah?’ The tribes who used to assemble to remember Allah (Holy Prophet said: ‘They are the people from different. They used to choose beautiful words for remembrance of Allah as a date-eater selects the best dates.’ (. Haythami said in Majma-uz-zawaid (10:77) Tabarani has related this tradition and its chain of transmitters is thiqah (reliable).)

Abu Muslim Khawlani narrates,  ‘By Allah, I love you but not for any worldly other.’ Muādh ibn Jabal said: ‘Then why do you love?’ I said: only for the sake of Allah ’” Abu Muslim Khawlani says, , ‘If you are truthful, I give you the good news. I heard the Messenger of Allah saying: ‘Those who love each other for the sake of Allah will be under the shade of Allah’s Throne on the Day when there will be no shade except His. The Prophets and martyrs will exult over their station.’” Messenger of Allah narrating from his Lord: ‘My love is My love is indispensable for those who learn lessons from one another for My sake ..” Saeed ibn Musayyab said: “Those who love each other for Allah’s sake will have pulpits of light to sit on the Day of Resurrection  (Ibn Mubarak, az-Zuhd (1:522#1482) which the martyrs will marvel at.Alā ibn Ziyād narrates that the Holy Prophet said: